The Spartans rounded off a successful September with a hard-fought victory in Pardubice on Friday, after which a home game against Karlovy Vary awaits them on Sunday, October 2 at 4:00 p.m. The wards of Pavel Patera and Patrik Martinec will want to extend their domestic invincibility and celebrate the round milestones of two proud Spartans.

A valuable victory in Pardubice made the weekend pleasant for all the Spartans. Before the match against Energia, we will celebrate two great anniversaries, which the Spartans achieved on the ice of Dynamo. Defender Adam Polasek started his 300th match for Sparta, after which the striker Miroslav Forman scored his 100th goal in a Spartan shirt!

However, there should not be a major change in the lineup. The long-term injuries of Michael Krutil and Michal Moravčík remain out of the game, and forwards Jan Buchtele and David Dvořáček are also suffering from health problems.


Karlovy Vary is struggling at the beginning of the season

Energie is not enjoying an ideal start to the season, as it has a win over Třinec after four games and is second to last. At least the home game against Olomouc brought smiles to the faces of the Karlovy Vary fans, in front of which a roller got stuck on the ice. The malfunctioning carriage had to be towed away by the cleaning crew, and the remaining groove in the ice caused an unpleasant postponement of the match.

The West Bohemians have to be careful about discipline, because with a success rate of 64.71%, they are the worst team in the entire competition. However, after the departure of Jakub Flek and Jiří Kulich, the attack is also struggling, as it scored more than two goals only once, namely in the last match in Pilsen, where they ended up losing heavily 3:6.

We will not face Karlovy Vary on October 2 for the first time. Both teams met on the same day fourteen years ago, when we beat the recent vice-champion 3:0 after a certain performance. Ondřej Kratěna scored two goals, while the current sports director Petr Ton came away with no points. 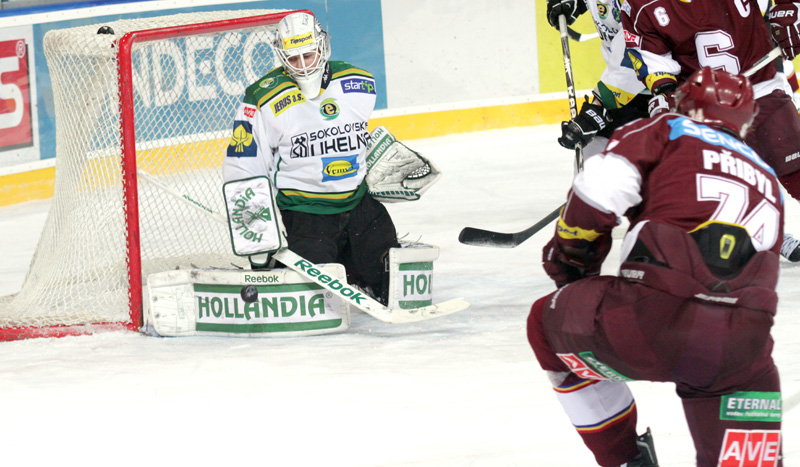 Did you know that?

On home ice, we did not lose after regular time against Karlovy Vary for almost ten years! The last time this happened was in December 2012, when we lost 1:4 despite Petr Ton’s goal. The young Daniel Přibyl also joined the Spartan team at that time – the only veteran from both squads.

Prague 10 is deciding what to do with the repair of the town hall, the officials will still be moving

‹ Between Toulouse and Montpellier, the “sports co'”, where the elite of national clubs › Jumping: Norway won the team competition in Klingenthal – folkebladet.no – Folkebladet