During the following weekend, i.e. on Saturday and Sunday, October 1-2, as part of the Day of Architecture opens the entire area of ​​Veleslavín Castle to those interested, which is normally only partially accessible. This year’s motto is very similar to the current state of the entire castle, it reads: “Don’t destroy, transform!” “We are convinced that high-quality reconstruction or revitalization can be of greater benefit not only for the investor, but also for the public,” explains the founder and director of Architecture Day, Marcela Steinbachová.

Visitors to the Veleslavín castle on the weekend will be able to view the baroque interiors and exteriors, including the recently revitalized park. We will present not only the history of the castle, but the current situation, and you will also be able to see an exhibition of photographs of the disappeared and the current surroundings of the castle – Veleslavína and Vokovice,” invite the organizers. Tours must be booked through the portal Go out

Veleslavín Castle has a very interesting history. It was built according to the plans of Kilian Ignác Dientzenhofer in about 1725 for Empress Amalia of Brunswick. In the first half of the 20th century, the castle served as a neurological sanatorium, founded by Leo Kosák and Oskar Fischer, one of the discoverers of Alzheimer’s disease. For example, Charlotta Garrigue Masaryková and Milena Jesenská were treated here. After the communist coup, the campus was nationalized. After the revolution, they had the object in the new various institutions. It now falls under the Office for State Representation in Property Matters, which acquired the site from the Ministry of Labor and Social Affairs in 2015. Recently, the castle and adjacent buildings have been falling into disrepair.

Prague will exchange it with the state

Therefore, as part of the planned exchange of property with the state, Prague demanded that the baroque Veleslavín be included in it. This should be changed by Prague and the state in the so-called second wave, when property worth about 400 million crowns will be exchanged. The city will leave the land in Na Homolce Hospital and the Faust House, which is used by the General Faculty Hospital but owned by its municipality, to the state. In exchange, Prague will get the Veleslavín castle, part of the horticultural colony Na Balkáně and land near the falconry in Riegrovy sady.

As for using it, the serving coalition at the Prague municipality had previously discussed that a hospice would be established here. “I see the establishment of a hospice, which connected the community with the care of patients in the terminal stage of a life-limiting disease and was also a top educational center, as a necessary step to ensure not only quality care of this type, but also as a necessity to ensure care capacities with regard to the aging population, ” stated Milena Johnová (Praha Sobě), Prague councilor for social policy and healthcare last year. 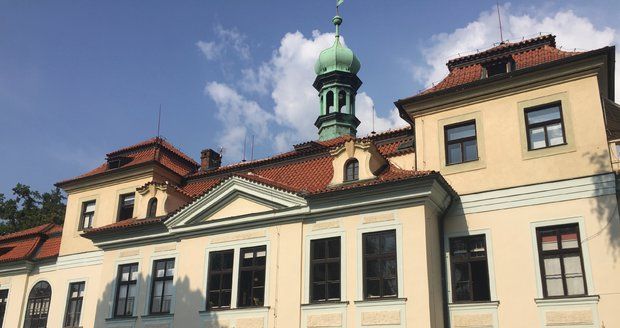 The Veleslavín complex will probably change owners in the coming months.

In the Prague Botanical Garden, people can see the smallest water lilies in the world