Travel by time machine to Kaunas and Lithuania 100 years ago: what was it like in 1922. September? | Do you know?

This autumn has started rather bleakly – the weather is getting colder quickly, the economic situation is getting worse, prices are rising…

On the other hand, there is no lack of good signs – the frequent Lithuanians are happy that the brave Ukrainian nation is giving a strong rebuff to the aggressor.

And if we talk about the weather, regardless of the yellowing of the leaves and sharper winters, we haven’t received the usual autumn rains yet.

Maybe it will reassure even more that the generation that lived 100 years ago knew about similar challenges.

After reviewing the monthly news, we see that already on September 12. The Lithuanian daily “Lietuva” wrote about the highest required cost of savings:

How much fuel is used for the whole world is difficult to calculate; over 600 million tons of hard coal alone is burned per year. The great progress of the technical industry and the huge consumption of fuel already raises the question of whether there will be enough fuel for a long time – because the coal deposits in the depths of the earth and the annual growth of wood (peat) are limited.

As we can see, even then the world was consuming a lot of coal and this was fueling the apocalyptic mood, and since then the situation has gotten worse.

Experts say that this year could equal the record 2013, when as much as 8 billion tons of coal was consumed. It is true that the statistics presented in the newspaper “Lietuva” were not completely accurate – already in 1922, humanity consumed about 1 billion tons of coal.

At the time, the largest user of coal was the United States, a position it held until 1985, when it was supplanted and later overtaken by China, which now consumes more coal than all other countries combined.

Kindergarten where a ballerina taught

September is a time when you have to face very simple worries. Young parents send their children to kindergarten for the first time and worry about how the children will do in a new place.

It was also relevant 100 years ago. September 19 Lietuva has published an invitation for children from the age of 4 to start attending the kindergarten opened in Vytautas mountain, which according to one of the first pedagogues of the kindergarten – in the 19th century. Celina Petkevičiūtė-Mošinskienė founded the model of Fridrich Friobel, who lived in Germany.

This kindergarten was also educational – it was possible to learn handicrafts, elementary science and even foreign languages. The lessons were also conducted by a ballerina, who taught the children good posture and grace.

It is interesting that there was a military club, and the kindergarten itself was established in the premises of the “Vytautas” hotel. The need for kindergartens in interwar Kaunas was understandable, as there was a growing number of families where both parents worked at least part of the time.

Nowadays it is even more relevant, but now there are more kindergartens, and we know that they have quite old traditions in Lithuania.

Kaunas city museum funds photo. / Children playing in the Kindergarten of the Pieno Lašo Society. in 1938

In September, after small works and studies, the big one returns. The streets of Kaunas are filled with students.

The publication “Trimitas” of the Lithuanian Rifle Association describes the 1922 September 15 the solemn reception of students held, where the professor is guaranteed, Jonas Basanavičius, the first signatory of the February 16th Act of Independence.

first for a century, on September 20 of this year. Vytautas the Great University held a different ceremony, during which the title of honorary doctor was awarded to Belarusian writer, Nobel Prize laureate Svetlana Aleksievich. 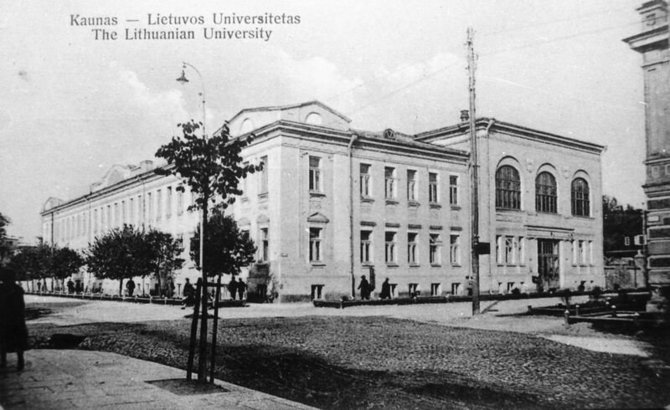 Although the Ukrainian army is counter-attacking the Russian forces and retrieving the lost, not all war refugees can return home.

Therefore, mostly in our country we can hear the Ukrainian language, which was rarely heard in interwar Lithuania, but Ukrainians were not strangers to those looking for creative ideas even then.

For example, on September 17, the newspaper “Laisvė” owned by the Christian Democrats. announced that the comedy “Adam and Eve” translated from the Ukrainian language will be performed at the People’s House.

After the performance, the organizers invited to stay at the concert, play and dance. So the evening that started at 6 p.m. could have been prolonged.

The crazy organizers cooled down those who wanted to – they announced that there would be no intoxicating drinks at the buffet.

for the first century, Kaunas is also full of events, performances, concerts – the big theaters are just starting to open.

And in the Folk Music Department of the Kaunas City Museum every Monday at 6 p.m. there are evenings of traditional Lithuanian dances, you can have fun. 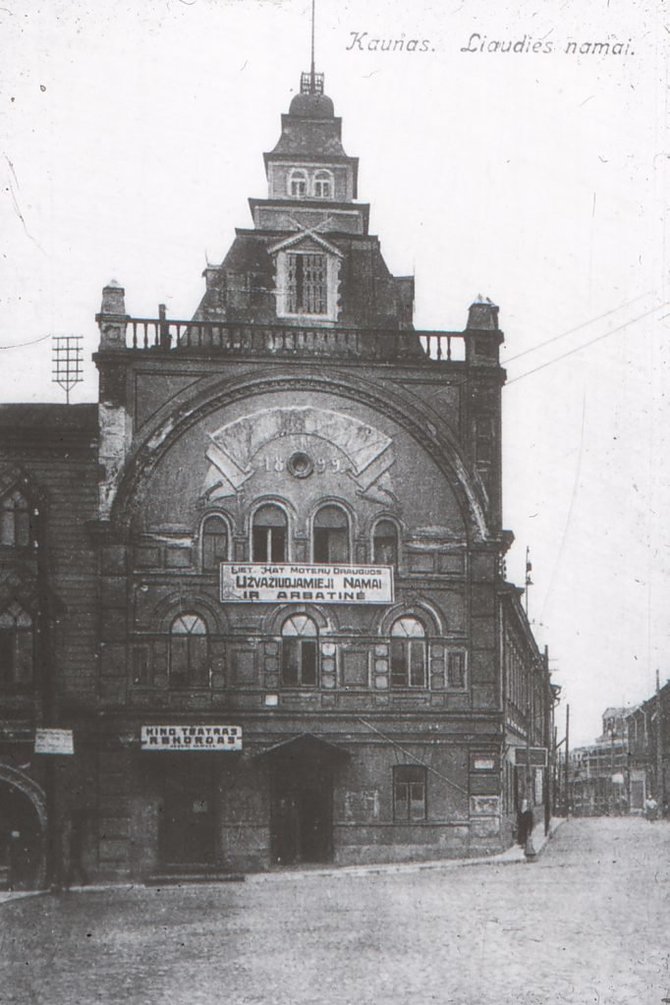 The priest who returned to his homeland was critical of Kaunas

We can see that Kaunas improved and grew in various directions. But the opinion of those who came from abroad about the city was sometimes still critical.

Not so many tourists visited in those days. On the other hand, compatriots from the USA accounted for a share of those arriving from abroad. Having already experienced, having seen the multifaceted progress across the Atlantic, they were reluctantly inclined to compare Lithuania with the United States.

This is what happened to priest Petrus Lapelis, who returned to his homeland after fourteen years, who left Lithuania before he was even 20 years old. Peter was never far from the affairs of Lithuania – in 1912

In Chicago, he founded the Association of Lithuanian Catholic Students of America, edited its publication “Moksleivis”, wrote for it and other Lithuanian publications in the United States, and prepared books on Lithuanian history.

After returning to his homeland, he was surprised by many things, so it is not surprising that he poured out his experience to the Lithuanian daily newspaper “Draugas” in the United States:

After arriving in Kaunan, stay at Metropol or, as the bronze plaque on the door says, Grand Hotel de Lithuanie.

This is the only somewhat humane hotel in all of Lithuania. It is said to be the property of the Ministry of Foreign Affairs of Lithuania. Representatives and representatives of foreign countries have their own apartments and offices in the hotel. External features like buk and not being admitted to that are needed. Instead, none of the local Lithuanians watched as I fell into it and into another good room.

Kaunas is now crowded with all kinds of passengers and local people, so it is very difficult to get an apartment. I realized that without special measures, I will not get a good apartment in Kaunas, and it is not worth living in a flea market.

After entering “Metropolin” I will refer to the room manager that I need a really good room.

“All the rooms are occupied,” was the reply.

– Occupied or not, it doesn’t really matter, but for me the room must be empty as soon as possible, – I respond to the image in a commanding and high tone.

“I have come with very important business and the dark must know who I am,” I added.

Here the apparition began to speak more softly, apparently imagining that I was some kind of envoy from a foreign country.

It is easy to see that the compatriot from the USA was disappointed by the poor level of hotels in Kaunas, so he decided to settle in “Metropolis”. 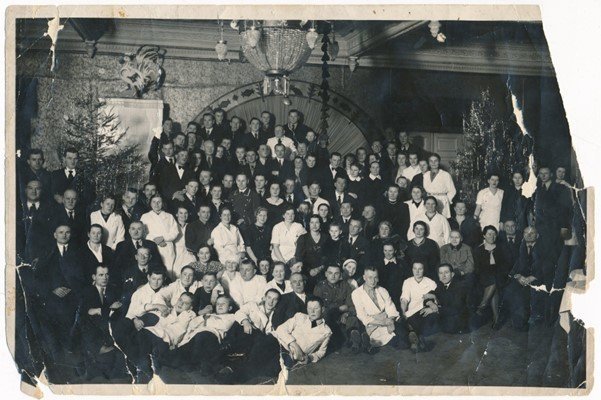 It was the most luxurious hotel in the Free Capital, chosen by diplomats and important foreign guests. A part of the rooms was always reserved for unexpected important guests. So the young priest’s tactics worked here.

From these few current affairs of the Lithuanian press, we can understand that the connection between the past and the present is close, even if the events are separated by a hundred years.

It’s always hard to say goodbye to summer when the weather worsens and new worries arise. On the other hand, September is a good time to finish old ones or start new ones and wait for what October will bring.

According to the “100 Years Ago” project, the materials were prepared by Kaunas City Museum, Kaunas History Department museologist dr. Simon Jazavita. 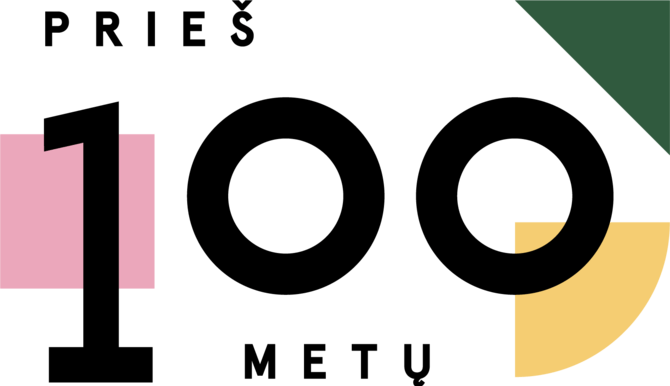 The best 2022 real estate projects in Lithuania have been selected: non-traditional objects are on the list of winners this year

Punishment Russia begins to act: the Kremlin has been throwing threats, now it says that there are no problems

The ranking of the “best” and “worst” passports in the world for 2022 was compiled: which place did Lithuania take?