Nostalgia: the twenty-three-year-old is already driving the Dvojka again. PRAGUE 2 WITH NEW EYES

Photo: MČ Prague 2 (as well as other images in the article)

It’s like stepping back in time. Nostalgic memories are reminiscent of a ride around Prague 2 on tram No. 23. The design of the car and its interior with brown leatherette covers on the seats and the period announcement of the station make the tram ride a tourist attraction.

anyway, it came about as if by accident. The main goal was to return tram service to Zvonařka, where it was noticeably absent since the adjustment of traffic during the covid pandemic. In the end, after two years of negotiations with the Prague municipality, the Prague 2 town hall and, first of all, its deputy mayor for transport, Jan Korsešek, succeeded.

The iconic tram of the T3 series

The transport company now calls tram No. 23 a nostalgic line. The iconic tram of the T3 series with its typical round light returned to the streets of Prague this year on May 16, 2022. That was the first time after a break of more than two years that it took to its track from Královka to Zvonařka and has continued to amaze ever since.

This is what the interior of the T3 series tram looks like, which we all still vividly remember.

In the 60s of the 20th century, the main designer Antonín Honzík and the designer František Kardaus were responsible for the birth of the T3 tram. It is to him that these cars owe their unmistakable appearance. Kardaus was a Czech designer, graphic artist and industrial artist, which can be seen on his tram. You can still find his works of art in sales galleries. His “tetroika” became a legend, and even entered the Guinness Book of Records as the most produced type of tram (in 1988). It was produced in ČKD and traveled in various Czech and European cities.

The trams produced by Prague’s ČKD at the Tatra Smíchov plant were based on the previous Tatra T2 type. They were very modern for their time, thanks to the materials used – plastics and laminate. From 1964, they were fitted with typical fiberglass seats, which, according to many passengers, provided an unsurpassed level of comfort to this day. The prototype had many decorative elements that eventually had to disappear as part of mass production. But the main thing remained: the typical red-beige color combination, rounded muzzle, round lights. 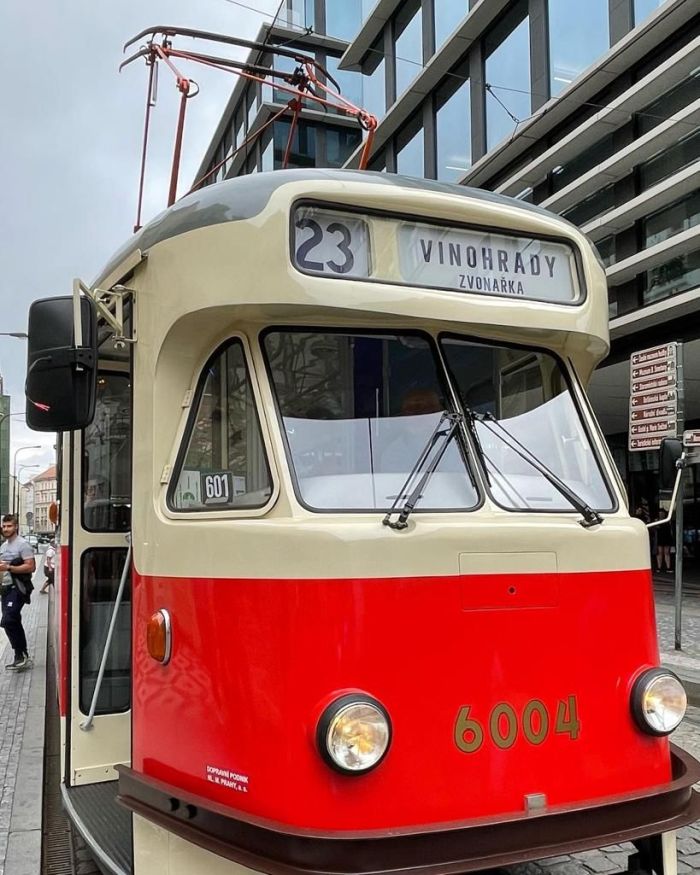 Nostalgická line 23 now runs along the same route as before the interruption of service in March 2020, i.e. on the route from Královka via Malovanka, Prague Castle, Královský letohrádek, Malostranská, Malostranské náměstí, Újezd, Národní divadlo, Národní třída, Karlovo náměstí, IP Pavlova , Vinohrady na Zvonařek. It operates every day from approximately 8:30 a.m. to 7:00 p.m., every 30 minutes on weekdays, and every 15 to 20 minutes on weekends and holidays. 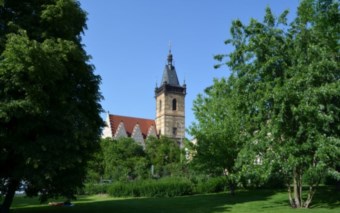 ‹ A Jesina with full marks in the final exam against Venezia › Resignation: Gerhard Pöttler ends all activities at MFG