Lipták, Kostelecký and Štěpán are vice-champions of the world in team shooting

Brno shooters Jiří Lipták, David Kostelecký and Vladimír Štěpán won silver in the team competition in the trap discipline at the World Shotgun Sport Shooting Championship. The Czech team with two Olympic champions in the lineup lost to Great Britain 1:7 in the final in Osijek. 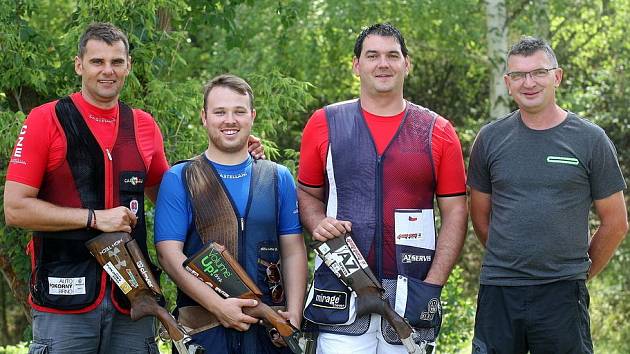 Reigning Olympic champion Lipták, winner of the 2008 Beijing Games, Kostelecký and Štěpán won a medal to make up for the unsuccessful individual competition, in which they finished in the qualification on Wednesday. They won the second silver for the Czech expedition to the World Championship in Croatia. Last week, the junior team also took second place in the trap.

In the morning qualification of the team competition, the Czech trio did very well. In a shootout of three teams, they defeated the British and finally the bronze-winning Italians and advanced to the finals from first place. In the fight for gold, however, they kept pace with their opponents only in the first round, after which the British were already king.

Let no one try to take my place at the Olympics, smiles shotgun shooter Tomeček

From the Czech Republic, the best final of the month went to Lipták, who previously won the second title of European champion. He only missed three shots. Štěpán, on the other hand, did not succeed, who did the best in the individual competition on Wednesday.

The sale of the microscope manufacturer Tescan for hundreds of millions of dollars is in the final stage. The favorite is the American investment colossus

A thief stole 50,000 Christmas presents from children from a Brno kindergarten

Like in a war zone. Moroccans rioted in the streets of Belgian cities