They had the most chaotic run-up to the season of all major leagues. But have the women of Amsterdam really got the hang of it? Sunday became HDM with 0-5 defeated, already the fourth win of this season, in which they have not lost a point. And that’s a minor miracle, given recent history.

Earlier this month, the women of Amsterdam were still rumbling. Coach Robert Tigges did not go on a practice internship to Hamburg and was also missing from the ABN-Cup. The official reading was originally that he had called in sick and was unable to lead the team. Later it turned out to be a difference of opinion between the player group and the coach.

Amsterdam is planning to enter the competition with former player Lauren Stam at the helm. But two days before the ball really started rolling, the brand was already extinguished. Tigges came back on the bench and on his team to a more than next victory (7-2) Klein Zwitserland. Later, the play-off-worthy HGC (3-2) and not to mention arch rival Den Bosch (2-0) were also defeated.

The team that was still gluing the pieces together at the beginning of September, was a few weeks later ‘just again’ one of the most important title candidates. Amsterdam also showed its teeth early in the match against HDM. Already after fifteen seconds the visitors decorated the first corner of the match. It turned out to be a harbinger of a fast first half, in which the first goal was still quite a while away.

Amsterdam had already had three corners and a few shooting opportunities, when Marijn Veen opened the score with a resounding backhand. The striker’s swipe came just after a phase in which HDM came into the game a little better.

A few minutes later, Veen took on the role of declarant. HDM was overrun and saw how a simple wide pass ended up at Michelle Fillet. Julia Remmerswaal, who fished no less than five times against HGC last week, got the 0-2 around the ears. HDM had to do without the sick captain and star defender Tessa Clasener today. The staffing problems for the home side were further exacerbated when Jip Dicke left the field at the end of the first half with a head injury. 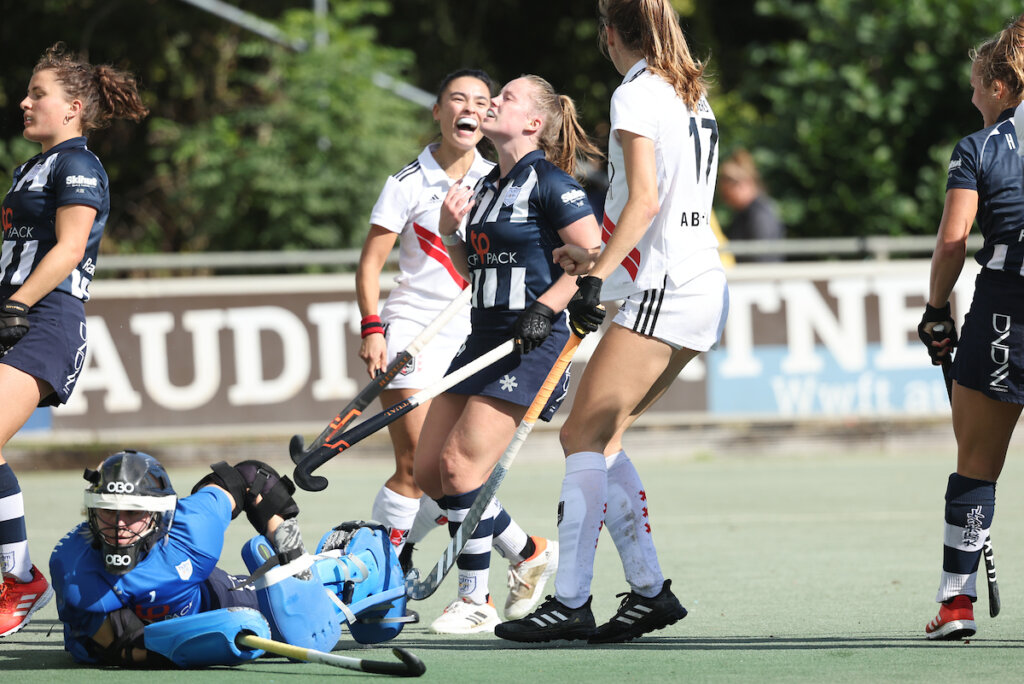 HDM is lagging behind

The play-off participant from the last two seasons came out better than during their off-day against HGC, but was also consistently behind the scenes this weekend. The team from The Hague got three turns in the first half, but they didn’t really restless for a second in the Amsterdam defense. After the break, the third goal came quickly, from a penalty corner. Sabine Plönissen’s first bet was initially cracked, but it again ended up in front of the international’s stick, who did not fill it full, but did surprise Remmerswaal.

Beware of the three goal of Amsterdam HDM the hesitation. The ‘nothing-more-to-lose-thought’ conceived for new energy. There were opportunities and a few corners, whereby Amsterdam goalie Anne Veenendaal turned out to be an impossible hurdle. Amsterdam let HDM rage out, protected position and put the 0-4 and the quite flattering 0-5 on the boards twelve minutes before the end via Felice Albers.

Amsterdam had already made the real difference in those five deadly minutes in the second quarter. There they laid the groundwork for the fourth win of the season, which went much smoother for the title contender than they started a month ago.

Sloterweg residents in Amsterdam will soon have to make a detour: “It’s worthless”

‹ Secret gardens in Budapest – nlc.hu › Comment: Together and YES in Prague? That would be trouble, and not just because of Zeman