👍 Shukurov ran great, but the pitch didn’t work out at all, and the ball went out of bounds.

❗ Not a bad answer! In Kyrgyzstan, there was a pitch, in the far territory there were no defenders of Russia, and in the end there was a blow to the penalty line. Past.

👀 Everything is more dangerous at the gates of Kyrgyzstan. After the corner there was a discount on the far post, where the kick almost arrived.

🚫 Osipenko interrupted the cross from the flank. The national team of Kyrgyzstan earned a corner.

⚡ It was very dangerous now! The Russian team went into a reactive attack, but Sobolev almost ran under the cross.

❗ And Russia turned out sharper! Sobolev worked up the defenders in the penalty area, filed to the center, but his partners did not succeed with a blow.

⛔ The national team of Kyrgyzstan carried out a protracted attack, but nothing came of it – the ball flew over the side after the cross.

👀 Ready? Football players are already on the field and sing anthems!

The composition of the Russian team for the match with Kyrgyzstan

👇 And here is the composition of the Russian team. The captain of the field team will lead Karavaev out.

🗣 The opinion of the former football player of the Russian national team Alexander Kerzhakov about the upcoming match.

The national team has not played for a long time, so the match with Kyrgyzstan is a good international experience. We will consider possible options for playing. Lots of beginners: the trainer can estimate what they are eating for. I want Russia to win. Let’s look at the guys, rejoice in case of victory. Should we rejoice at Russia’s victory in the game with Kyrgyzstan? Well, don’t cry.

How will the match Kyrgyzstan – Russia end? Interview

📊 It’s time to play the guessing game. Options with the exact score can be loaded in the comments.

🤔 Few people are familiar with the national team of Kyrgyzstan. He says that this team remained behind the players.

The rivals of the Russian national team are the banker and prodigy of Galatasaray. What is this team anyway?

👇 Did you know that the national team of Kyrgyzstan is coached by a Russian specialist? Alexander Krestinin, a native of Krasnodar, has been working with the team for eight years. 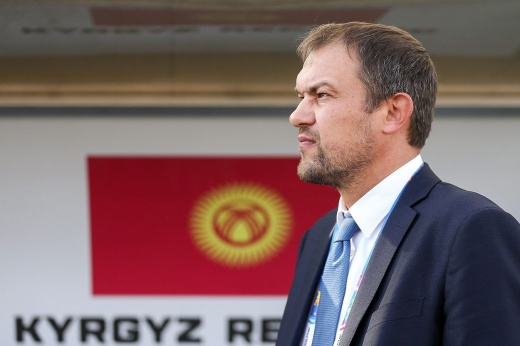 “We drank and I stayed.” How the Russian coach got into the national team of Kyrgyzstan

💬 And here is what the head coach of the Russian national team Valery Karpin said before the match. The day before, our team held a training session in Bishkek. 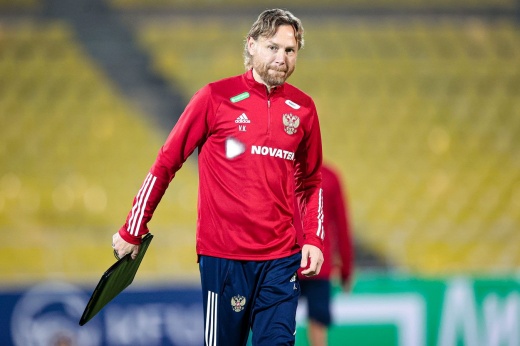 “Customs asked: “Did you serve in the army?” Someone tensed up.” Karpin – in front of the backcam of Russia

Where to watch the match Kyrgyzstan – Russia

📺 Match TV will show the meeting live. The release starts at 16:55 Moscow time. All events in text format can be followed on the “Championship”.

Will Russia sell oil to the West? — Trading on vc.ru

US believes Russia will use biological weapons in Ukraine – Bloomberg article

‹ No money for energy: 5-fold mother turned off hot water – Austria News › Airbus will create up to 100 jobs in Portugal. Recruitment Campaign