Prague wants the seats of councilors. Even the mayor’s office, says Jan Čižinský

/INTERVIEW, PHOTOGALLERY/ The longtime mayor of Prague 7 and one of the three leaders of the outgoing municipal coalition, Jan Čižinský (Prague itself) hopes that the next Prague government will exist on a similar layout. 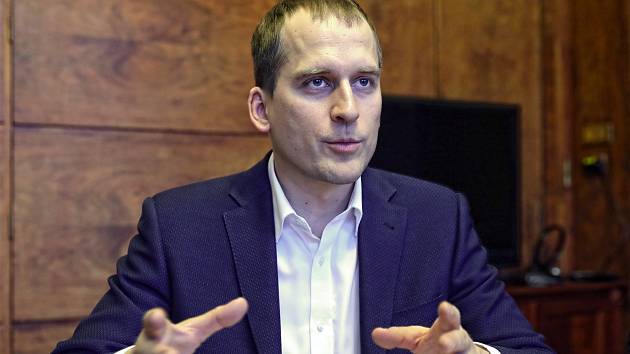 Would you give up your mayoral ambitions, as you did four years ago, if it would make the way to the formation of a coalition with the participation of Prague itself easier?
What is decisive for me is the will shown by the voters and also the fulfillment of their expectations. This means that all scenarios are possible. Prague will want to fill councilor positions, including that of mayor. However, we do not regret leaving the post of mayor to the Pirates four years ago. In my opinion, the tasks led by our councillors, i.e. transport, finance and social policy, brought about the most valuable changes in the metropolis in the past election period.

Is it essential for you that the STAN movement gets into the council?
Of course, yes, because this is one of the prerequisites for the continuation of the existing cooperation and the changes and projects that have been started. These elections decided whether Prague would move into the future or go back to the past.

I hope that chaos will end at the municipality, says the head of the Prague organization ANO Prokop

Are you ready to negotiate a possible coalition with the Together for Prague group?
In theory yes, but it would also depend on the people who participated in these negotiations. I do not deny that we have a problem with a number of Spolu representatives. But we have no problem dealing with decent right-wing politicians. Fundamentally and in advance, we refuse only in cooperation with extremists such as the KSČM or SPD.

What topics would you mention among the priorities for the next election period?
Completion of the transport system, development of education, culture and social services. We will be happy to participate in a government that could continue the course we have set.

Jindřišská věž is completely outside the possibilities of Prague 1, there is opposition to the sale

CHRISTMAS ON ONE: Trees, ice skating and a return to traditions interrupted by covid | Prague 1 | From the region of | Prague Gossip

‹ the former mayor of Rinxent, Bernard Chaussoy, reported missing after an outing in the forest of Desvres › Toulouse. Airbus: engine parts, seats, lamps… Who wants to afford a piece of A380?