Not the city administration, not the government, but civilians organized the first forum on the issue of the Chinese battery factory

There is no environmental protection organization in Debrecen that could represent the people living here independently and authentically.

On the evening of September 22, interested citizens of the city were invited to Baross utca 16.

In the first half of the round table discussion in Debrecen, the effects of the Chinese factory under construction were discussed with the help of experts, they should pay attention to the environment, how the battery factory investments in Gödö and Komárom developed. The conversational:

moderated by the assistant professor of the Department of Evolutionary Zoology and Human Biology of the University of Debrecen.

There is interest in the topic

The moderator’s first question related to the sustainability of the battery factory, in this regard Beáta Pataki said that when planning the Civaqua program, I do not count on industrial water demand. While at the future location of CATL’s battery factory, the purified wastewater from Debrecen will be connected to the Tócó stream. This means 40,000 cubic meters per day, which can cover CATL’s daily water demand of 20,000 cubic meters, but as far as he knows, this is not planned to ensure the factory’s water supply. Pataki emphasized that it should not be allowed to touch the underground waters in Debrecen, as this could have serious consequences.

Miklós Máté added that Hungary is always proud of its waters, but we should not see them as a renewable resource, since their renewal can only be achieved through processes that have been going on for thousands of years. His next question related to the various pollutions around the factory that come with its operation, Miklós mentioned the materials from the lithium found in the wells in Gödö. According to Pataki, starting the construction of the factory without an environmental impact study would be extremely problematic, and a strategic impact assessment would also be necessary, since it seems that Debrecen’s strategy currently includes industrial development. If it is not guaranteed that the factory is built in accordance with the environmental protection regulations in force, pollution will most certainly be unavoidable. According to Éva Monostori, there have already been several personal injuries and serious accidents around the factory in Komárom, and the people involved unfortunately do not dare to talk about the accidents that happened to them because they are afraid of the consequences. 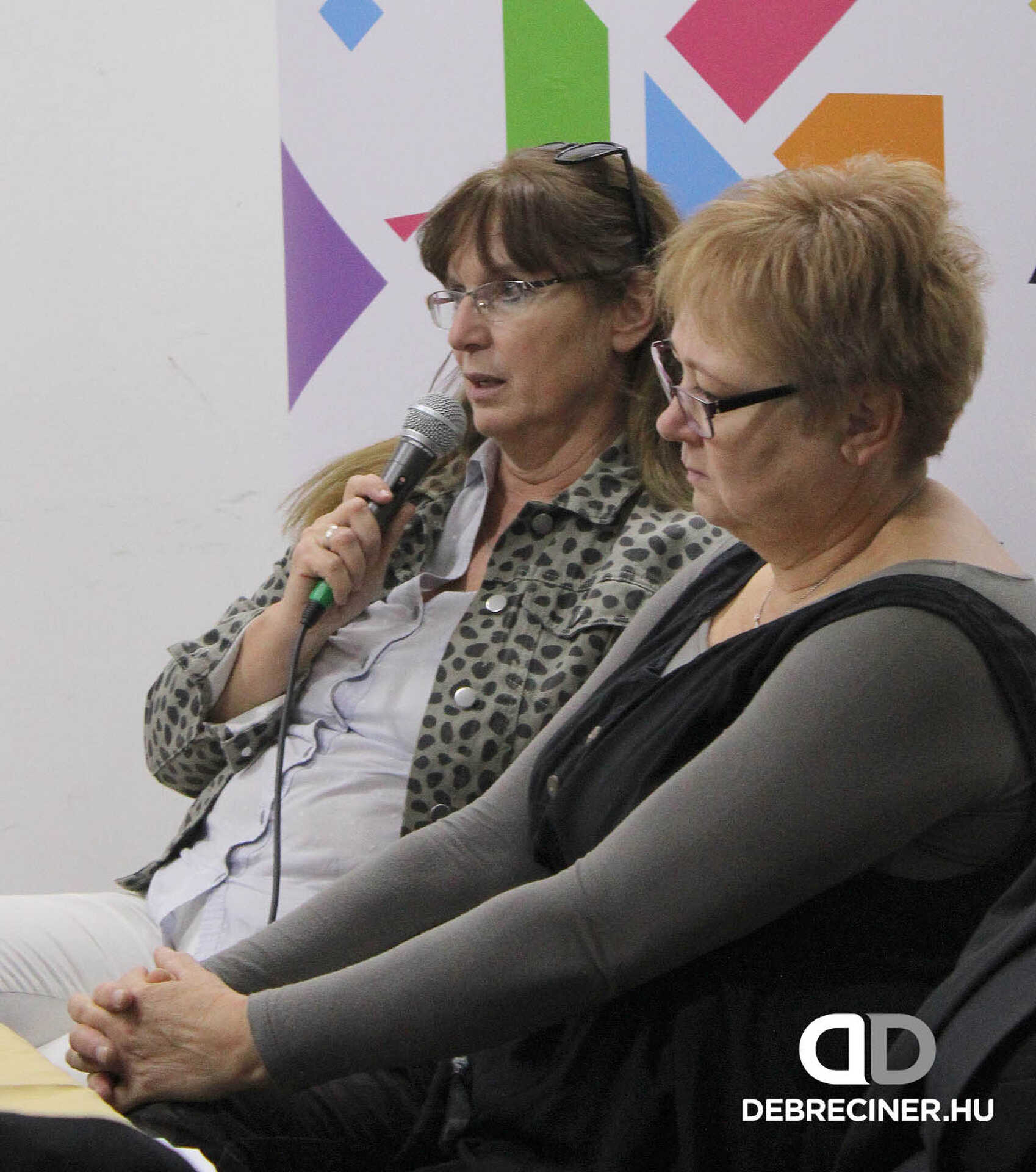 As a transparent journalist

he explained that most of the information can be obtained through a data request in the public interest, although he also had personal conversations with those involved, unfortunately he cannot do this if the speaker does not agree to speak up. Photo documents are not provided, as the employees’ phones are taped there immediately after entry. He mentioned that one of the largest labor protection fines was HUF ten million in the case of the Göd factory. At that time, 24 workers fell ill due to the lack of air filter equipment. He said the Samsung factory a

has also appeared in the Korean press several times,

it was dealt with several times due to pollution. Because of the factory, carbon dioxide emissions have increased fourfold in Gödö, it is known that battery production is connected to electric cars, and the advantage is that less carbon dioxide is released into the air for moving vehicles. 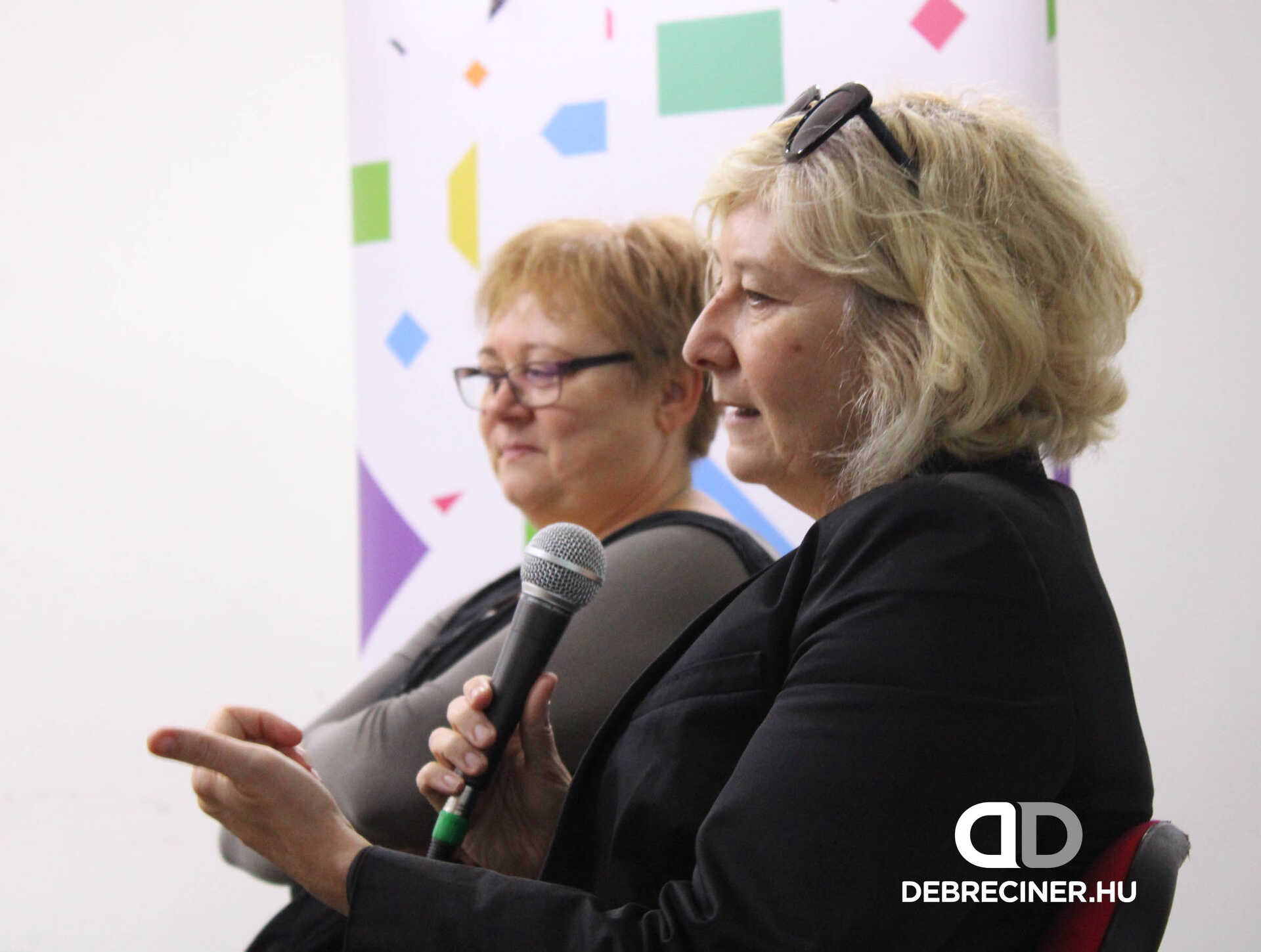 The next question was about noise pollution, at which time several people in the audience indicated that they would probably live next to the factory under construction. Éva Monostori is also a neighbor of the factory in Komárom, according to her, those who live next to the factory can expect serious noise pollution. He and his family often have to shout to communicate with each other, the television simply cannot be heard during certain periods when the factory is in operation, the monotonous background noise is part of their everyday life. 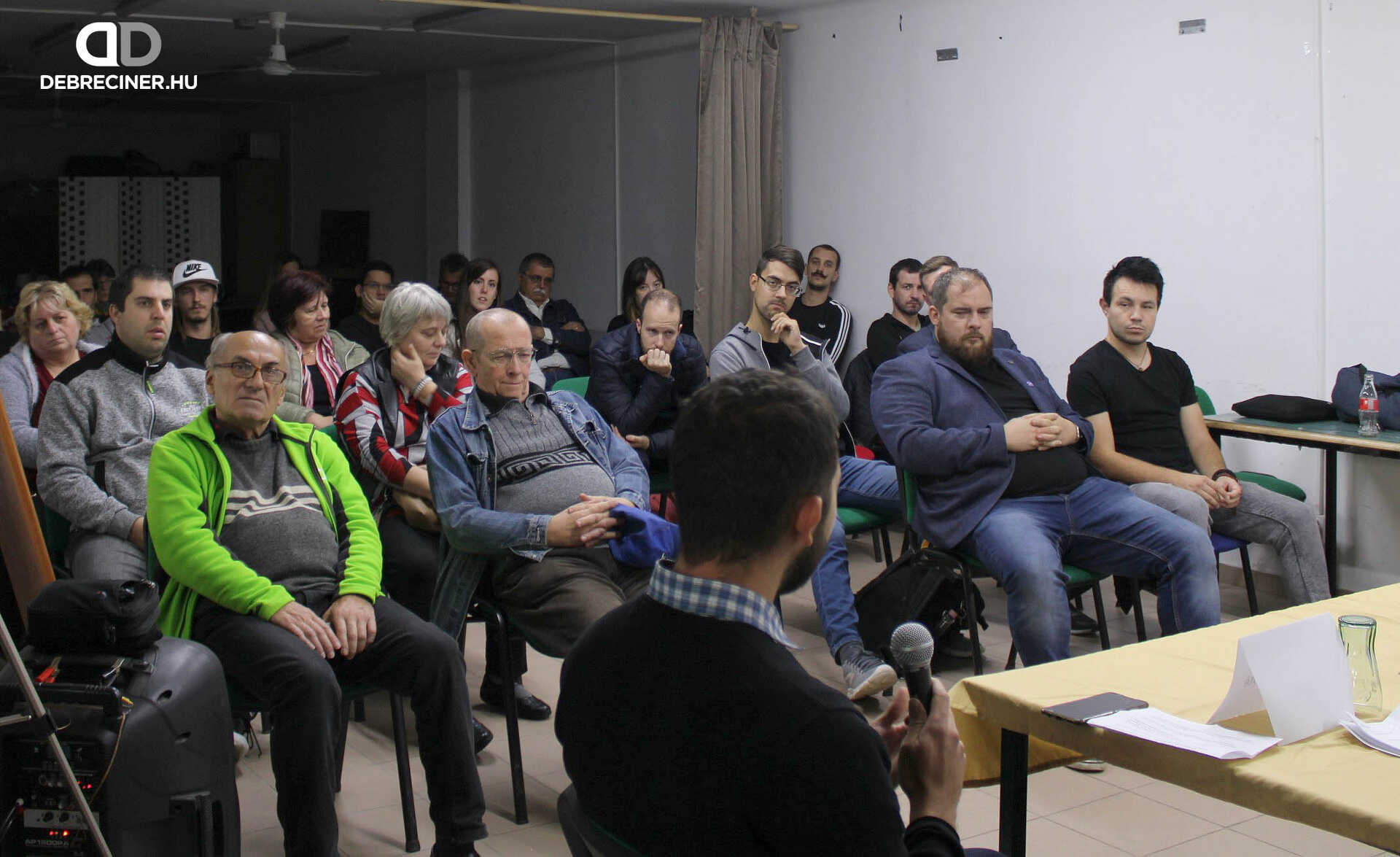 In the second block of Thursday’s event, the participants mapped out the options available to citizens to express their opinions and protest

with the TASZ lawyer.

Jármi said that the indignation of the city’s citizens can be felt and seen on social media and in personal conversations. The citizens of Debrecen are interested in the factory, but have very little information about it, as they do not receive authentic information. As an employee of TASZ, Barbara Jakkel considers local activism important, it is clear to her that the residents are afraid of the manufacturer, but despite everything, the organizations have not started among the citizens. 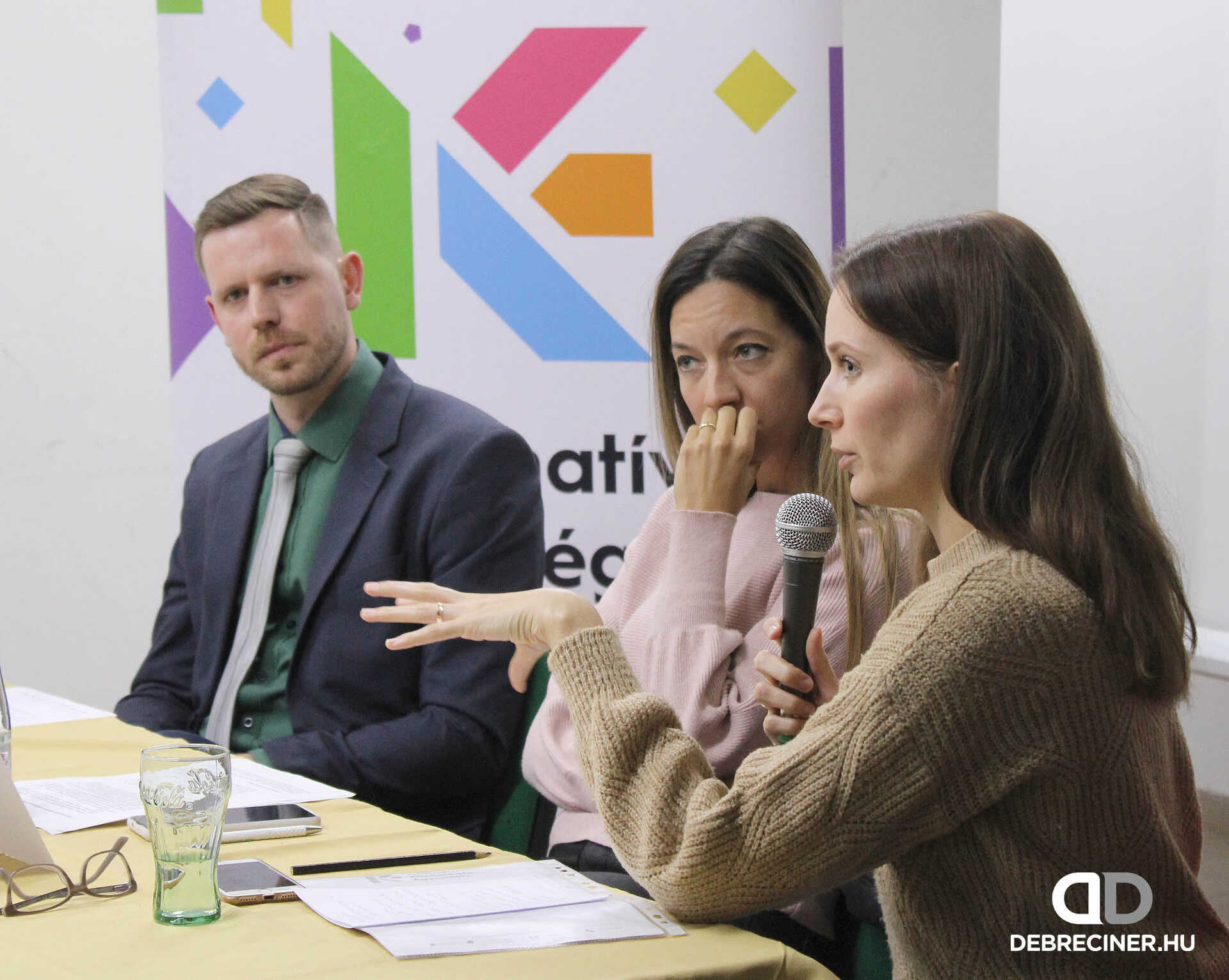 as a moderator, he was curious about how to forge a community around such a cause, how to encourage citizens to activism. Jakkel sees that the organization of groups always has power, but it is very difficult to create it today. There is a lack of an environmental protection organization in Debrecen that is independent, so it could credibly represent the interests of the people of Debrecen in such a matter. Jármi emphasized that the residents of Debrecen do not organize themselves very well, even though there have been scandalous cases in recent years, they enjoy little support from the residents. In recent years, even the largest demonstrations mobilize 500-1000 people, which cannot be established in the case of a city the size of Debrecen, however, this battery case is most suitable for the population to organize themselves and assert their interests.

The moderator’s question related to the possibilities of the citizens, Jakkel listed the special possibilities officially available to the citizens, but several times, these do not work in the best way in the city, they are not suitable for those who are interested to get real information. The meetings of the representative body are open to the public, they are closed, the decisions made there remain public, so this can be an important reference point for citizens. Public hearings are a failure in the city, as the occasions are kept secret, and a minimum legal requirement of one public hearing per year is fulfilled. 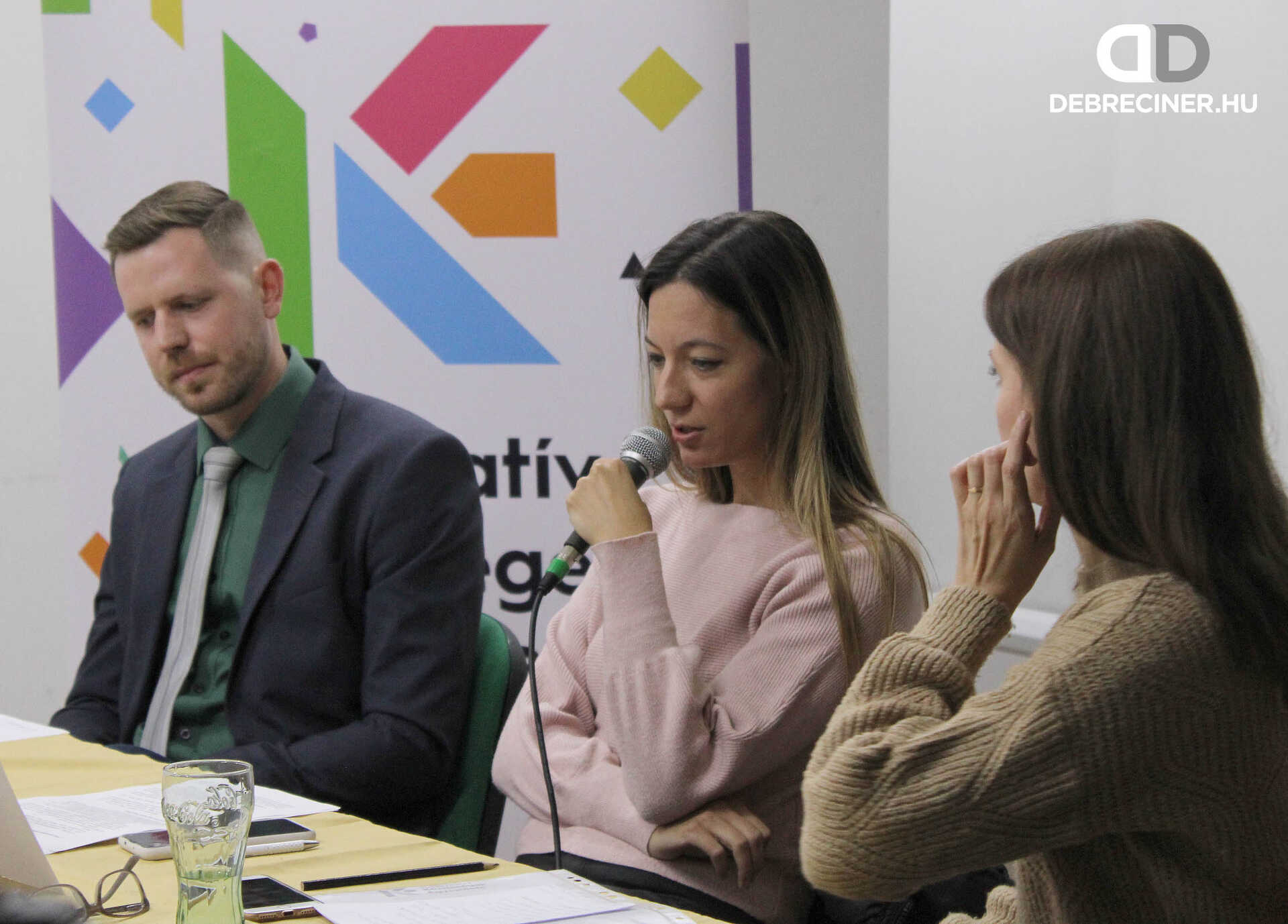 currently more than a thousand people have signed it, but unfortunately this does not mean that these people will even go to a public hearing or forum. According to Jár, the construction of the factory was not decided in Debrecen, since the city administration is not competent in such a matter. He said that the referendum can also be an important method of protest, currently the LMP is planning to submit two referendum questions, which are related to water use. In order to call a local referendum in Debrecen, 34,000 supporter-initiator signatures are needed. During the process, the issue is first submitted to the local election commission, if it is approved, then its signature begins. Unfortunately for Jármi, this venture is close to the impossible, since 300-400 organizers and contributors are needed so far, which would not be enough for the membership of the entire local opposition and non-governmental organizations. According to him, the population must support these initiatives, since without them we cannot achieve change.

Regarding practical information, Péter Jármi and Barbara Jakkel also said that they are available to the residents of Debrecen in terms of organization, organization, providing experts, legal assistance, and with the help of local activism, they can help those who approach them with their questions and problems.

Pope Francis greeted the three bishops of Debrecen in Hungarian

A world champion athlete also sat in front of a monitor at the e-sports course in Debrecen – Debrecen news, Debrecen news | Debrecen and Hajdú-Bihar county news