Óscar García in Andorra Taste: There is a lot of previous work in the kitchen, ‘very much from Soria’ 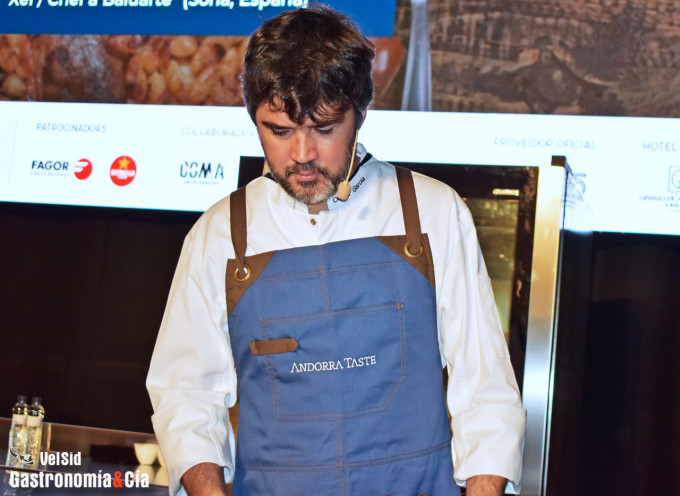 Soria is a Spanish city that belongs to the Autonomous Community of Castilla y León, it is the second highest provincial capital in our country, after Ávila, it is located about 1,063 meters of altitude. This is one of the reasons why one of the most prestigious chefs in this city was invited to tell what high-altitude cuisine is at the 1st International Meeting of High Mountain Gastronomy, we are talking about chef Óscar García from the Baluarte restaurant, renowned with a Michelin star since 2017, and gave a presentation entitled ‘The kitchen of height in Baluarte, Soria. reflection and executionit is Taste Andorra 2022.

Oscar Garcia Marina is a self-taught chef who, after eleven years working in his home town of Vinuesa, decided to start a business by opening his own restaurant in Soria at the end of 2008. Since then, his career has been growing slowly but surely, consolidating himself as one of the top rated chefs of his generation. The Baluarte chef began his presentation by explaining that, given the current situation, there are an average of three people in the kitchen, so they have to work very early in the morning to carry out all the preparations, and thus the service be fast, as the diner demands. The basis of a good kitchen is in the culinary tradition, which requires hours of preparationso that, when the time comes to delight the guests, in two or three movements they have the dish served.

We know that mushrooms and truffles from soria They are the star products of the territory in which the Baluarte restaurant is located, and they are essential in Oscar García’s cuisine, as are other local products, always in season and making sure that they also come from areas like yours, which are at more than 1,000 meters of altitude. And he shows it to us by presenting us with five dishes, although in the image gallery you can see three of his culinary creations, because he shows us the other two on video. 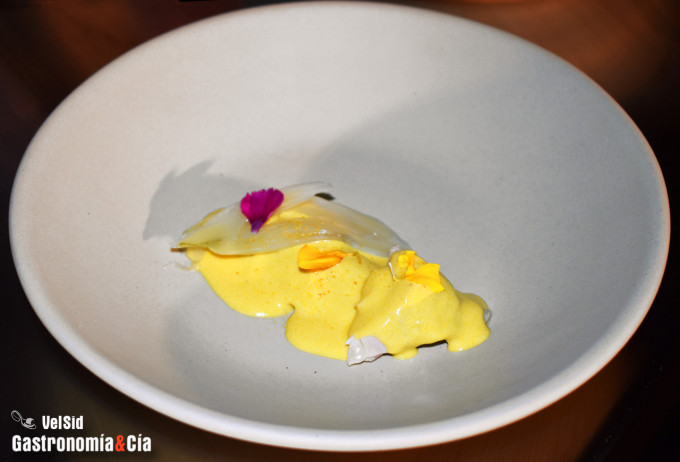 The first is a emulsified quail marinade with pickled fennel, to highlight the use of duck with paprika to bathe the quail, with which they gain unctuousness and sweetness, and a maturation of 45 days. The marinade is crushed and, if necessary, given a texture with Resource (a thickener that is used to texturize liquids, we will talk about its characteristics and uses in this mail). In the end, it is a very creamy sauce with which the marinated quail meat is coated and accompanied by very finely sliced ​​fennel. There is no lack of nuances such as those provided by orange peel and edible flower petals.

Óscar García’s second dish that we see in the presentation, created for his menu this summer, is Boletus, pine nut butter from Soria and summer truffle, a delight. The boletus in the restaurant are candied, but on the Andorra Taste stage they are instantly sautéed, which is also a wonderful option. To make the pine nut butter, on one side the pine nuts are toasted and on the other the butter is toasted (it will be like hazelnut butter or beurre noisette). These two elements are emulsified with broth, half poultry and half mushrooms and boletus, and give it a touch of cayenne. On the plate, a base of sautéed or confit boletus, spring garlic, summer truffle and pine nut butter. You have to try it, it is easy to adapt it to each season.

and the trout has once again all the protagonism in this congress dedicated to high mountain cuisine, and Óscar García’s cuisine comes from a Soria fish farm, whose waters come from a tributary of the Duero. The preparation consists of curing the trout with salt, sugar and spices, as we have done so many times with the salmon, and later confit it at about 45º C. The chef reminds us that all these processes are what they do in the morning to have everything ready at service time. 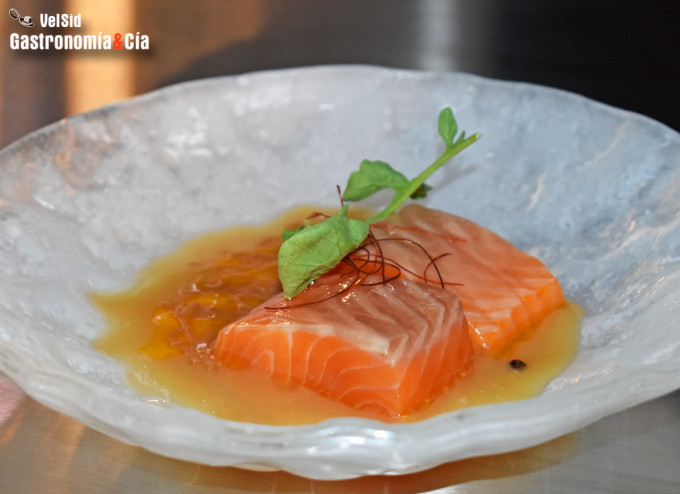 Another component of this dish is a ham broth in which it includes trotters and vegetables, and once it is done and clean, it is reduced and enriched with a little cream to make it creamier. To finish rounding the plate, pasteurized yolk (yolks at 60º C for 60 minutes in the steam oven), garlic praline, honey and soy, and some watercress. The plating, as you can see in the photo, is simple, delicate, elegant. First, a ham stew is served, followed by the pieces of cured and candied trout, the egg yolk, the garlic praline, some pepper filaments (ito togarashi), the watercress and a few drops of EVOO.

We have seen it on stage, the chef from Soria has shown us all the work behind each dish through the videos, which gives us an idea of ​​the morning hustle and bustle at Baluarte, and then the final ‘three movements’ to plate, serve and delight the diner. There is a lot of previous work, ‘very from Soria’, as the cook says. Excellent.

Five training sessions to prepare for the visit to Villarreal B