The three letters of the apostle were written to those responsible for the ecclesial communities of Ephesus and Crete.

Lisbon, 01 Sep 2022 (Ecclesia) – The Commission that coordinates the new translation of the Bible of the Portuguese Episcopal Conference (CEP) today released the provisional text of the letters that São Paulo wrote to Timothy and Tito, responsible for the ecclesial communities of Ephesus and from Crete.

“The letters that Paul addressed to Timothy and that he addressed to Titus are called Pastorals, because, contrary to the letters of the rest of Paul sent to communities, these are on the contrary, respectively, to the representatives of the ecclesial communities of Ephesus and Crete” , reads in the introductory note sent to the ECCLESIA Agency.

The experts invited by the CEP explain that, as the letters point out, Timóteo and Tito had the mission of “organizing their communities, investing priests and guaranteeing fidelity to the received doctrine, defending it from heretics”.

“The three pastoral letters propose abundant proposals in relation to the level of literary completion, with stylistic alternatives, alternatives and dispositions to the life of the literary letters”, they add.

According to the translators, pastoral letters from São Paulo to Tim Cartasteo and Tito “show elements in relation to the letters most authors attribute to Paul as “proto-Paulines”, but they also present significant differences, such as “the apostle not directly in the community ”, but through those responsible.

These differences, they add, are also present “in language and style”, in new theological themes and “in the absence of other important themes for the apostle”, and in the presentation of a “much more organized ecclesial reality” than the one that is reflected in the “protopaulins”. 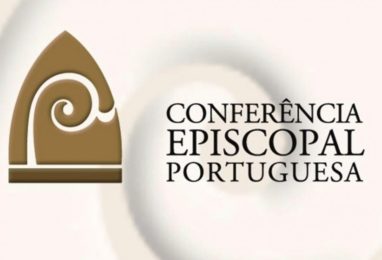 According to experts from the Commission on the Bible of the Coordinator of the Commission of the CEP, some authors know the differences “one in Pauline thought and in the reality of evolution”, but, for the majority, they are “pseudoepigrapha”, that is, the author would be later to St. Paul and his disciple.

“Search, shielded by the authority of the apostle, responds to the challenges that the new ecclesial realities present. Such realities are framed in the vital context of the third Christian generation, which places the dating of the letters in the period between the end of the 20th century and the end of the 20th century. I and beginnings of the century. II,” he adds.

The version is available on the website of Portuguese Episcopal Conference and comments, users, in the sense, can contribute to their understanding sent to the address [email protected]

Since August 2021, a new book of the Bible has been made available monthly in digital format, also through the channels of the ECCLESIA Agency.

In March 2019, the Portuguese Episcopal Conference presented the first volume of the new translation of the Bible into Portuguese made by 34 researchers from the original languages, with the publication of the edition of ‘The Four Gospels and the Psalms’.

“I came to the biggest club in Portugal”

Siemens Portugal opens up to the financial area. There are 10 vacancies – ECO