The premiere of the Slovenian writer and director Dominik Mence Ridershis feature debut, in competition at this month’s Sarajevo Film Festival.

The young director, who graduated in film and television directing at the University of Ljubljana, won the awards for best director and best screenplay at the 2014 Slovenian Film Festival in Portorož with his short film. Spring sleep.

Riders accompanies two young friends from a small Slovenian village who, before the year 2000, decide to set off and ride their mopeds around Croatia and Slovenia. Although they are haunted by different fears and seek salvation in different ways, they are both driven by a common desire to find true freedom and break the suffocating conventions on the journey of life.

What inspired you to make this film? 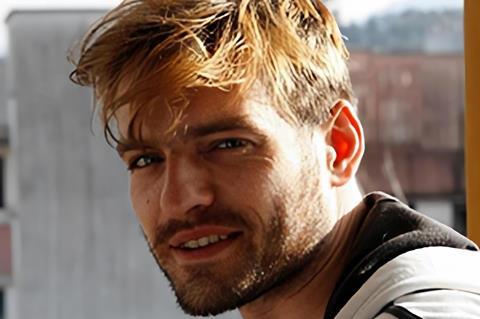 The first idea came from my producer Miha Černec, but it was less than an idea: he was simply fascinated by this phenomenon in Slovenia, that people bless their motorbikes. Most bikers have all these weird, satanic symbols on their bikes, like skulls and the number 666, and then they go to a church where a priest blesses their bike. It happens around Easter and it’s like the start of the motorcycle season, so it’s a blessing for the road. So he contacted me and we developed it into a story that still has that element but doesn’t revolve around him.

In 1999 it was clearly the end of the millennium, it was felt that a new era was coming. It’s also a time that I’m kind of nostalgic for, that’s when I grew up and finally some doors opened in my life. But this year is also important for the Balkan region, because in some places the war has somehow ended, in others it was still going on, and in other places there was a lot of optimism for the future. I think it fits well with the story of my main characters: trying to find freedom, running away to find something new.

How did the project come together in terms of financing?

We always knew that the characters would travel through Slovenia and Croatia, so it was logical that we embarked on a co-production with these two countries.

A large part of the film is set in Croatia, but we didn’t get funding from there at first. So we went into the shoot with about half the crew and half the locations in Croatia without Croatian funding, which was kind of a hindrance. But later we got funding from Croatia for post-production, so it sort of evens out. We couldn’t wait another year or half a year for another fund, we had to go to the recording.

How did you go about assembling the cast?

As for the cast, I like to write with people in mind. I knew very early on that I wanted Petja Labovič and Timon Šturbej for the main roles. I knew them from the academy. They’ve been friends in real life since childhood, so I knew they’d have the necessary chemistry on screen. They’re also from where the characters come from, and that area has a really strong dialect. They studied the dialect for a year and mastered it very well. I already worked with Anja Novak on my student film and I imagined her in her role when I was writing. The role played by Nikola Kojo was basically written for him, but we weren’t sure we were going to get him. So we were very happy when it came out.

What were the most challenging aspects of filming?

The main one was that it’s a road movie, so no two locations are the same and you’re always on the move. It’s really hard to capture everything and the weather is always changing. Another challenge was researching the time and space in which the film is set. I’m not from these parts of Slovenia, but my wife Deanna comes from somewhere near this part of the country and helped a lot. We traveled to those places many times to learn the stories of the people there. It was also a challenge to realistically portray that era.

What are you working on now?

I have a first draft for my second feature and have applied for some pre-production funds. This is also a rural story, set in a lonely part of Slovenia and in the past, in the 1970s and 1980s. In that area: many people moved away, only the eldest sons stayed on the farms to work and needed wives. The story revolves around a bride who comes from Zadar [in Croatia], where farms mainly produced potatoes, apples and the like, which were sold in other villages. This trade route then went in another direction, when brides started coming to Slovenia, thinking that it would be a better life for them. It might have been a little better, but they had to face other problems: a completely new language, a new culture, even a new religion.

The film focuses on a young woman who marries into a family with a mother-in-law who wields a lot of power in the family dynamic. He has to face this and all the problems of this area. He talks about how he struggles to find his place in this world. And it also gets a bit metaphysical. The job title means “potato bride” in Slovenian, as these brides were actually called that by the locals in Brkin. Another name for them was “Dalmatian brides”, because of the Dalmatian region in Croatia. My wife is a co-writer on this project. She didn’t write Ridersbut she was involved from start to finish, so she had a huge editorial influence on it.