They disappear from restaurant and pub toilet doors stick figure with a doll and only the inscription WC or the expression “gender neutral”, i.e. “gender neutral”? Deputy mayor Petr Hlaváček (61, STAN) is promoting the amendment enabling the establishment of joint toilets for men and women. According to him, the change to the Prague Building Regulations (PSP) copies the trend of Western countries, where uniform toilets are the norm.

The city council has already approved. “In the comment procedure, city districts and the public can now comment on it,” said Ondřej Boháč, head of the Institute of Planning and Development.

The people of Prague comment on the news with embarrassment, Hlaváček sent a message to the opponents via Blesk: “Regulations do not address gender issues. If requested, PSPs will not prevent anyone from setting up a male-female division. It just won’t be an obligation,” he said. His intention is said to be only an effort to loosen the strict PSP rules.

The opposition is pausing over the proposal. “Jan Čižinský (44, Prague) gave to the innkeeper obligation for their toilets to replace public ones. And Mr. Hlaváček would introduce a gender-neutral one,” representative Tomáš Portlík (44, ODS) told Blesk. “I think Prague has more important problems than the entire management taking care of toilets. What to look at corruption, investment, transport? People will appreciate that more.”

Representative Patrik Nacher (47, ANO) added: “I think the current coalition clearly shows how far it has moved away from the lives of the people of Prague, when we will see what ideas I am dealing with.” And in the meantime, people wonder if they will be able to pay all their expenses,” he told Blesku.

Czech Gastronomy Institute spokesperson Luboš Kastner believes that the behavior of Czech visitors to gastronomic establishments is different and they will not appreciate the amendment. “OFI have all the experience in the world, but our habits are different, especially among women. They are used to more comfort than men. And maybe in England communal toilets it seems rather unattractive,” he told Blesku. “The proposal is more of a welcoming step towards developers and property owners, it facilitates the construction and rental of previously unsuitable premises. Restaurateurs in historical buildings in the city center will use the possibilities here.”

Does the state plan to change WC?

There will be joint races for now apparently jand the conquest of Prague. When asked whether similar changes are also being prepared, the Ministry for Regional Development of the Czech Republic, through its spokesman Vilém Frček Bleska, said:In connection with the new construction law, we are currently preparing in cooperation with the staff for substantive construction law, draft of new implementing decrees on construction requirements. The decree is still in the preparation phase, it is not possible to comment on the sent question,” he wrote.

What do you think about such a move?

“Nothing against the gentlemen, but they are a little piggies and I think the ladies need some privacy. When I take into account women’s problems and everything together, I don’t think it’s a good idea at all.” + photo: 04 Toilets SURVEY 01 Markéta Nová

“I don’t agree with that. direct, It seems pretty crazy to me. I can’t imagine it in practice at all. On the other hand, so many things have already changed that I couldn’t have imagined, but I definitely wouldn’t raise my hand for this.”

“I probably wouldn’t mind. There would always be a designated area for women and men only. I think there is no problem somewhere near the door. People would definitely come to terms with that.”

On the subject of toilets, for Blesk, for example, Věra Tejmlová shared.

“For me it certainly wouldn’t be a problem, but it could probably be uncomfortable for women. It’s more intimate for them in my opinion. In addition, you definitely don’t want to hear some sounds. So I’d leave it as it is now – divided.”

For example, Ondřej Poláček is selling for the joint Blesk.

“In this day and age it should be separate. People are different. After all, you want to have as much privacy as possible in the toilet, this way they will take even more of it away from the shy ones. If I absolutely needed to, I would probably try it, but as an idea it seems pointless to me. Do you want to save or is there something else behind it?’

For example, Josef Czerny provided information on the topic for the joint Blesk.

“It’s not stupid, after all, it can’t work. How do you want to do it? How a woman walks past a guy peeing in a urinal? I definitely wouldn’t go there, even if I wanted to a hundred times. Or I would have to have someone with me to keep an eye out for a man, I wouldn’t feel good about that.”

For Blesk, for example, Jana Stříbrná shares the topic of toilets. 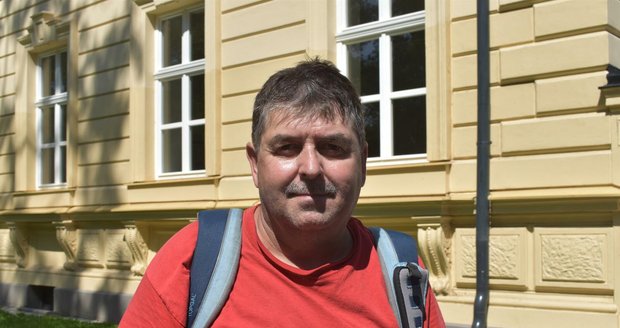 For example, Josef Czerny provided information on the topic for the joint Blesk.

VIDEO: Crowds did not miss the opening of the gorilla pavilion at the Prague Zoo

Experiential walks help you get to know the atmosphere of Prague

‹ Toulouse. The demolition of the Boulevard Carnot building reveals the remains of a cemetery › “To make Hungary a better place” – here is the August Budai Hang | Hungarian voice