The building of the former Jewish synagogue serves the Czechoslovak Hussite Church for religious services, concerts and social events. The Hussites want to further develop this cultural activity, for which they need financial resources.

“The goal of our project is to turn the former synagogue into a center for intercultural dialogue and meeting people of different cultural, ethnic and other groups,” says Tereza Štěpka, a member of the religious community of the Czechoslovak Hussite Church located in this very building.

The multicultural center should connect local participants with people in selected regions and excluded locations, using modern audio-visual tools. “Thus, we want to build on the cultural and social events that are already taking place in the choir, to expand their scope to include topics related to history and cultural heritage Jewish, Roma and other communities in the context of the tradition of Christianity and majority society,” adds Tereza Štěpka.

The residents of the “four” welcome the ideas

“It could be a very good thing, you could do a lot to make people less afraid of other cultures and other approaches to faith,” user Jan H comments on social networks. If the Religious Community managed to reach the people of Prague even beyond the borders of Prague 4, he would consider it a successful project. “A great idea, it would definitely need events for children as well – workshops on various ethnic themes, theaters, even classes of various religions for children from 5 years old,” exults Petra B.

However, I do not agree with the project, for example, user Jan J. He thinks that such a project would be important, it needs to have a large reach. “He won’t have a chance to reach a large number of people in this secluded place. I would choose either the online version or, in the case of the ‘real’ version, some frequented place,” comments. However, Tereza Štěpka objects that as part of the project, selected events held in the choir space will be broadcast outside, and events held elsewhere will be broadcast to the choir. “Technology and broadcast experts will ensure that events have a wider impact,” he says.

The religious community requested a grant from the Ministry of Finance. Although the call has been running since October 2021, it cannot get past a sufficient amount of money to implement the project. The pilot operation of the center should already take place from the spring of 2023 to the spring of 2024. In addition, at the end of 2021, the Religious Community purchased a plot of land with the Albert Schweitzer Congregation. The total amount for the land was 1,089,878 CZK. The municipality did not have that much money, so after paying half of it, it repays the amount of 9 thousand crowns every month for a period of five years. However, interested parties and volunteers can also contribute. 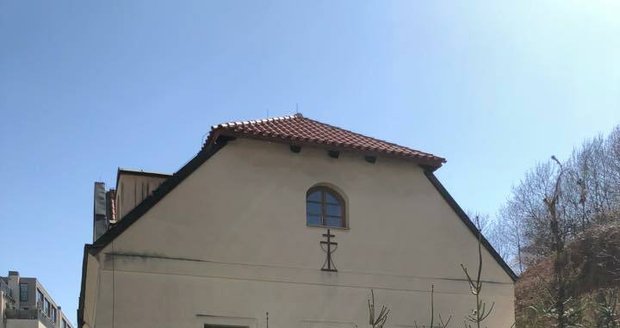 Lidovky.cz: President Erdogan will come to Prague for the informal EU summit

‹ Toulouse. This famous guinguette-discotheque will definitely close its doors in September › Letters to the editor – 19 August 2022