Affordable housing should serve those who really need it: seniors, single mothers, people with health restrictions or young people and families.

That’s why, thanks to Adam Zábranský, we are repairing city apartments in record numbers so that we can live in them again. We have already improved to 1200. In addition, our coalition projects count on the construction of new city apartments for tens of thousands of Prague residents!

Unfortunately, in the past, apartments were often sold opaquely. In Prague 7, politicians from the ODS and ČSSD distributed apartments within the family well below the market price. Cachry with municipal apartments in Prague 1 under the former mayor of TOP 09 Lomecký and his cronies is currently being resolved by the court.

But it’s not just the sleazy things themselves, the problem can also be wastefulness. In some parts of the city, they leave city apartments unused and empty. For example, Prague 2 has over 400 empty apartments that could otherwise serve people. That’s wrong too.

Urban apartments need to be cared for and affordable housing needs to be expanded.

We are already doing it. We have the courage to manage Prague correctly! 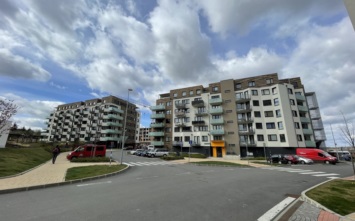 In the second quarter of this year, the prices of new apartments stabilized in Prague. The current average selling price of 145,783 crowns per square meter is…

Published with permission of the author