The Ministry of Transport is planning systemic changes in the Railway Administration. The functioning of the organization should be adjusted, including the remuneration of its functioning, and it should reflect the reliability of the railway network in operation. In this way, the Ministry is reacting to problems with road closures, including the corridor between Prague and Ostrava, where trains are sometimes delayed by hours. 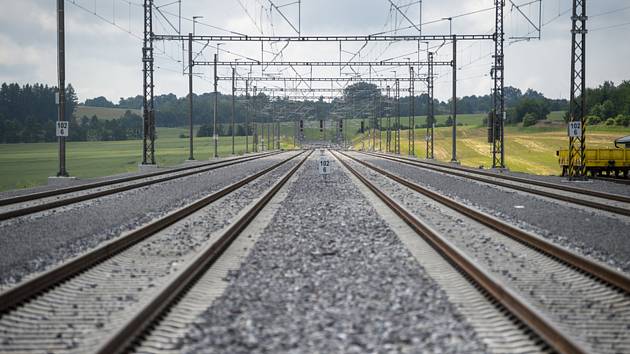 ČTK told the Minister of Transport Martin Kupka (ODS). The board of directors of the Railway Administration should discuss the change next week. Problems during lockouts on the domestic railway in the past weeks significantly limited traffic. In recent months, they have also been repeated on the main corridor between Prague and Ostrava, where last year the administration started a major reconstruction on several sections.

So far, the last major breakdown on the track during the Saturday before last completely stopped the service for six hours. In addition, the problems were repeated even a day later. However, difficulties in traffic during road closures also occur in other sections, for example there are repeated problems on the line between Prague and Beroun.

Some people smuggle alcohol onto pedal boats in Prague, but rental companies forbid it

“We are primarily preparing changes to the system settings, including the remuneration of the management of the Railway Administration. They will much more strongly reflect the reliability of the network – delays caused by problems on the infrastructure, problem-free lockout activity, the volume of secured cargo and smooth traffic,” described the upcoming changes in the organization’s functioning, Kupka.

Adjustments to the indicators should be approved by the organization’s recently changed board of directors, which has been headed by the governor of the Hradec Králové region Martin Červíček (ODS) since July. The council should meet around the end of next week. The board of directors is supposed to supervise the management of one of the largest state organizations and, for example, resolves personnel changes in the top management. Its composition is decided by the government, mostly on the recommendation of the Ministry of Transport.

Due to frequent problems on the main corridor, the railway administration already reacted by changing the procedures during the reconstruction in the past few days. Last week, at Bezpráví in Orlickousteck, it canceled the voltage-free section in order to eliminate faults in the traction line. At the same time, the administration is negotiating with the builders about further modifications during the reconstruction. According to the administration, they should be completely eliminated, or at least significantly reduce the recurrence of similar incidents as in the past weeks during the lockouts next year.