According to Provazník, the heat obtained from the water using heat pumps can replace gas heating in the municipality’s official buildings if the Vltava has a temperature of at least five degrees Celsius, which is the case even during the current milder winters. “If the Vltava water feeder were to be completed next year, in the following years, savings could be up to 30 percent thanks to heating with Vltava water heat pumps,” the spokesman said.

The municipality is also considering that the temperature in the buildings in winter. “According to calculations, we would be able to reduce the temperature by two degrees Celsius and reduce consumption by about ten percenthowever, everything will depend on the specific conditions in the buildings and other requirements,” he said, adding that material for employees on how to behave economically in the workplace is also being prepared.

According to Provazník, the changes implemented in the past brought about thirty percent savings when comparing the years 2012 and 2021. “For example, it was boilers for more energy-efficient types, introduction of a replacement system for speed regulation of air handling units and the like,” he said. He added that the city also switched to energy-saving LED bulbs for about 80 percent of the lights in official buildings.

According to the spokesperson, the municipality has secured supplies of electricity from PRE until the end of this year and gas from Pražská plynárenská until the end of next. After the end of the existing contracts, the purchase of commodities from the municipality will be taken over by the newly established contribution organization Prague Community of Renewable Energy. For example, you will be in charge of installing solar panels on the roofs of city buildings.

According to the approved climate strategy, the city wants to look at its own heat production in the future. The gas source is to provide the biogas station under construction at the Central Wastewater Treatment Plant. Another is to be created in Chrást outside Prague by expanding an existing facility, the purchase of which was approved by the city councilors in June. The planned construction in the hitherto unused area of ​​Bubna-Zátory, as well as parts of Dejvice and Veleslavín, could in the future obtain heat with the help of waste water heat pumps. 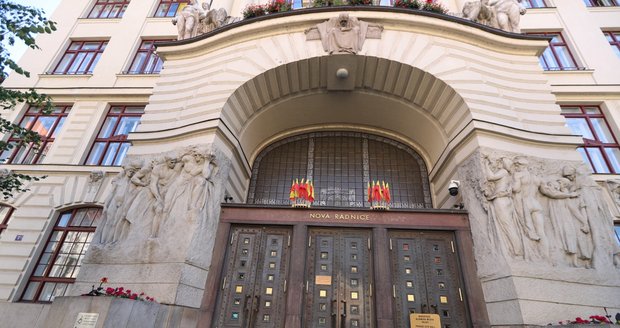 Assault in Prague: A man robbed a woman of her purse, pulled out a gun