Cyprus Air Force 001: This is the aircraft that Greece donated to the Republic of Cyprus

At the same time, on the tail of the aircraft is the coat of arms of the Republic of Cyprus and below it is CAF001 i.e. Cyprus Air Force 001.

See also – Turkey and a pseudo-state: Challenging answers to Dendias for admission to Cyprus

The aircraft is known to be a donation from the Hellenic Republic to Cyprus, following an agreement signed during the visit of Prime Minister Kyriakos Mitsotakis to Nicosia last June.

The history of the GV Gulfstream-V

This is the GV Gulfstream-V, which was acquired by Greece in January 2003. Three months later, on March 26, 2003, the first operational VIP mission took place with the GV Gulfstream-V plane, to transport the Greek Prime Minister to Brussels .

This type of aircraft is classified as business, and in some cases it is used as a military aircraft. The manufacturing company is the American Gulfstream Aerospace. 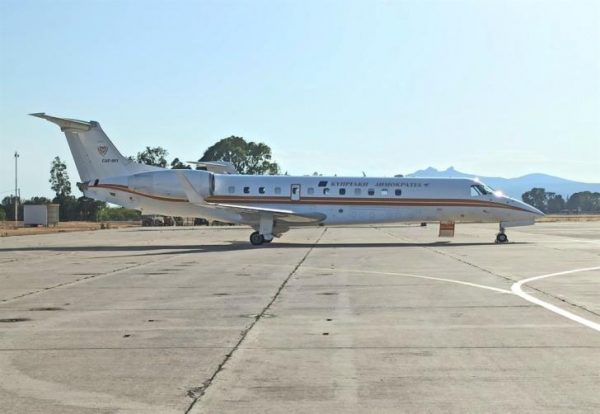 It is considered a VIP aircraft and has the capacity to carry 12 people.

“It would be an honor to represent Greece at Eurovision”