A recognized medal for Luxembourg

The winter hit can also be rebroadcast in the summer. We had left the duo Ni – De Nutte on their coup in Houston where the Luxembourgers had won the bronze medal at the World Championships at the end of 2021. We find them a few months later at the table for the European banquet where they will try to do even better this Thursday at the start of the afternoon.

The capital of Bavaria will live to the rhythm of “Europe” for ten days. The chances of shining are real for the Luxembourg delegation.

Indeed, they climbed to the semi-finals by taking the measure respectively of the Hungarian pair Balint-Hartbrich 3-1 in the first round then of the Serbian pair Vignjevic-Lupulesku on the same score in the round of 16 and finally of the Swedish duo Källberg -Bergström 3-1 (11-6, 13-11, 7-11, 11-8) this Wednesday early evening. This quarter-final was not as simple as the score might suggest. If Tommy Danielsson’s proteges mastered their subject in the first set, they got a scare in the second when they saw themselves go up from 10-7 to 10-10 before emerging.

During the official ceremony at the Philharmonie, the Grand Duke decorated eight citizens for their commitment to Luxembourg.

The third round turned to the advantage of the Scandinavians with one constant for the Grand Ducal camp: the inability to conclude a point when Ni Xia Lian served. The risk-taking was a little less in the fourth set. The opponents stood up to five everywhere before Luxembourg broke away despite the taking of a timeout by the opposing camp.

In the semi-finals, the Luxembourgers will cross swords with the formidable Romanians Elizabeta Samara and Andreea Dragoman, respectively 34th and 103rd in the world. There will be no bronze medal game. It is therefore with at least this metal that the Grand Ducal delegation will leave Munich. But appetite comes with eating and doing better than Alicante in 2018 is the next challenge. 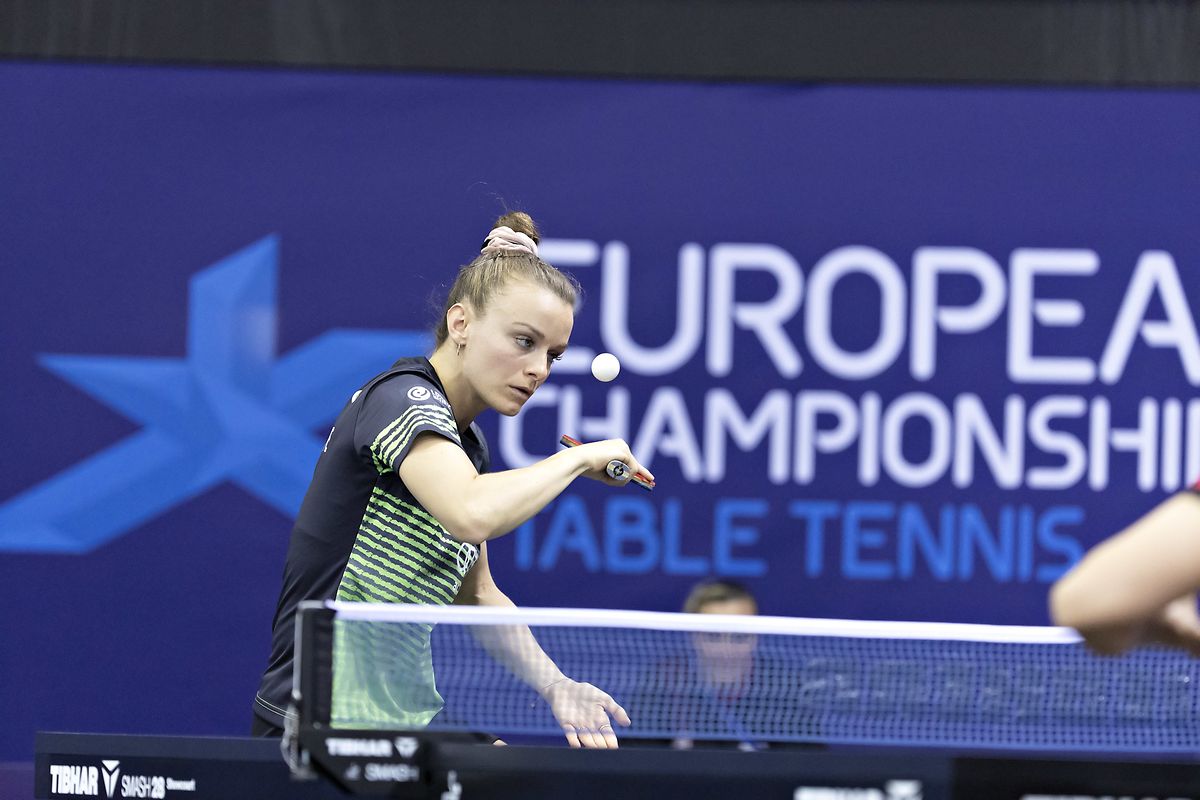 This qualification came at the right time to forget the disappointment of the first part of the day. Sarah De Nutte (WR 65) did not overcome the pitfall of the first round of the singles final draw. The right bowed at the end of the suspense against the English Tin-Tin Ho (WR 139) three sets to four. However, she led a set to nothing then two sets to one, but had to whip to snatch a beautiful one that escaped her (10-12). The course of Tessy Gonderinger (WR 267) also stopped at this stage against the Italian Giorgia Piccolin (WR 83) despite the equalizer at one set everywhere. Final score: 1-4.

Ni Xia Lian (WR 40), winner of the Bulgarian Polina Trifonova (WR 165) four rounds to one will find herself in the 1/32nd final against the French Champion Prithika Pavade (WR 102) this Thursday. A trap match for the oldest competitor already certainly to be able to compete in the next European Games in 2023 in Krakow. She will also play mixed doubles there with Luka Mladenovic.

On the same subject

Ni Xia Lian (55) will travel to Tokyo after winning the bronze medal in the women’s singles against Monegasque Xiaoxin Yang this Wednesday in Minsk.

Eléonora Molinaro (WTA 526) dismissed Britain’s Amanda Carreras in three sets this Wednesday during the first round of the ITF Gonesse tournament ($15,000).

Mandy Minella was dropped in the first round of qualifying for the Eastbourne tournament on Friday as Eléonora Molinaro was knocked out in the quarter-finals of the ITF Allianz Kundler German Juniors.

There are no more Luxembourg women in the running for the Hungarian Euro. The double missed a medal and Ni Xia Lian was eliminated in the round of 16 by Germany’s Kristin Silbereisen after leading two sets to nothing then 3 to 1. Cruel!

Trailing three sets to one, Ni Xia Lian managed to turn the tide in the first round of the Olympic draw. The Luxembourger beat the Brazilian Caroline Kumahara four sets to three after a real thriller and more than an hour of match.

Luxembourg: the A3 motorway closed for several days, here are the disturbances

Cinema in Luxembourg: The management of the Film Fund raises eyebrows

‹ Russia votes from the US to issue a visa to Lavrov › Toulouse: Lake La Ramée still prohibited to swimmers because of persistent cyanobacteria