The reactions of the public are basically of two types, while there are some indignantthe others are indignation and the tiles tighten. For example famous tram car Josef Chodounský remarked: “That’s quite a weakness.” And where are the photos of all the officials involved? Tableau! We want a tableau!“. The discussion also appeared mayoress Renata Zajíčková of Prague 5 to explain how things are: “TSK does not repair city-owned sidewalks in our country, even though catastrophic status. Who cares if people are angry on the Five? Yes, we had municipal sidewalks repaired with money from the municipal budget. Insolence. At least it’s being talked about”.

We therefore turned to TSK spokesperson Barbora Lišková with a request for a comment. She stated that she perceives it as political attack and therefore refuses to comment on accusations from social networks. But she confirmed that participation parts of the city on sidewalk repairs is completely commonfor example, through the sidewalk program, as people in this discussion argue.

So it is a component election campaign? Considering that this is not a common practice, we asked the spokesperson of Prague 5, Lenka Abessi, for a more detailed statement, who repeated that these repairs were financed by the municipality and added: “We spent money on repairing the sidewalks and we want the public to know about it”. They don’t agree nor that such a thing would not be common: “It is not true that it is not a common practice. For example, Prague 10 and other city districts have the same tiles on the sidewalks.” She also added that Na skalke and Slávy Horník streets will also receive the same tiles, which is also the reason why the tiles are being placed up to a year after repair, despite the fact that repairs took place last year. “We put the tiles later mainly for a reason economicwhen is it worth having several pieces made at once”, Abessi.

If it is about new trend and there will be more similar tiles in the streets, or it is the only one fads, we will probably only be able to judge in time. As one of the discussants noted, it is possible that if such a slab were added after each sidewalk repair, that over time we would just walk on them. 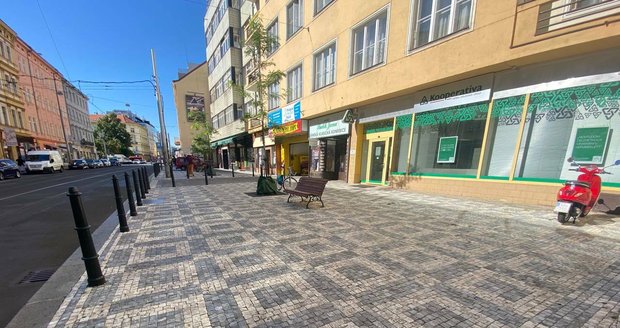 The location where the tile is located

The biggest concerts until the end of the year: Prague will be visited by music legends from all over the world

Election 2022 | A coalition is slowly emerging in the city streets, it is clear in Prague 2 and 4

‹ Fuel will become cheaper in Hungary’s neighbor › Fires in Greece: 51 fires in forest fairs in one day – Investigations…