In Debrecen, a writer who is also popular on TikTok talks about what it’s like to create romantic stories as a man

Debrecen – Not only girls, but also boys can be interested in relationship topics, according to Gábor Bessenyei, who gave a lecture on the Weekend of Books in downtown Debrecen.

Next to the sparkling Hal köz, the fast-paced Kossuth tér, the lively Piac utca Gambrinus common also joined the summer bustle this year. After salsa, the arts, e-sports and street music, books took center stage for one weekend in the city center. As part of the program, on Saturday, Gábor Bessenyei, the author of five volumes of Könyvmolyképző Kiadó, came to Debrecen and told about what it’s like to write a romantic story as a male writer, how you can authentically talk out of boys’ heads, and what it’s like when romance is pulled off the icing.

Gábor Bessenyei published mostly youth literature written in different age groups, his first volume was published in 2015 with the title A vuže harcosai, which was followed by two sequels. The Conquering Olympus trilogy is a youth urban fantasy based on Greek mythology, but at the end of the series, he paddled into slightly different waters: the author ventured into the world of romantic novels.

He started reading these types of books, but in the process he realized that many things bothered him: the all-consuming loves or the perfection of the main characters, even though the reality is not like that. That is why the stereotype that only girls read romantic novels may be true – but according to Gábor Bessenyei, this does not mean that boys have no need for these types of stories.

– Why wouldn’t boys also be interested in relationship stories? Young adult novels are said to help shape readers, to shape their attitudes towards everyday things. It would be good if the boys took examples from such positive stories 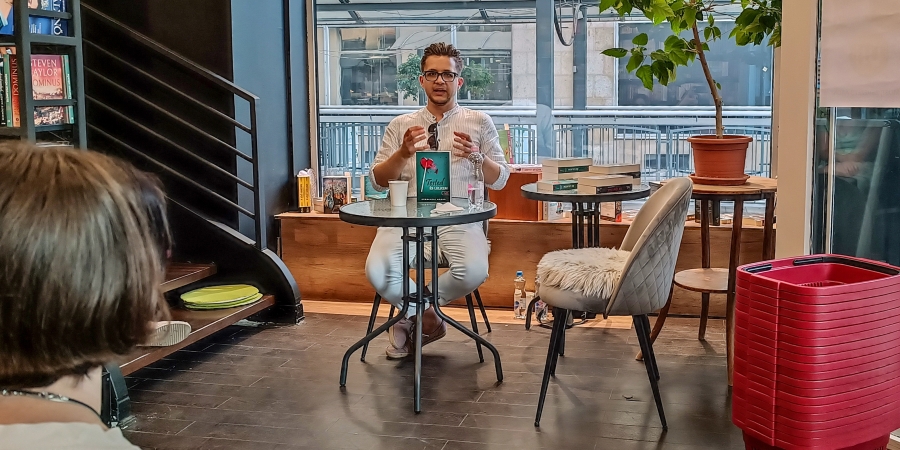 According to him, the exaggerated reading emotions – although important moments for many – become comfortable for many male readers if they have to read about it for a long time. That is also why he chose plot-oriented writing and to have a male protagonist in his books.

– The male characters in many romantic stories are not very authentic, at least for me, not at all as a male reader. My plan was to approach it by speaking from the boys’ heads, showing the boys’ thoughts

– he pointed out, adding: this could also be interesting for female readers, as they meet them less often. 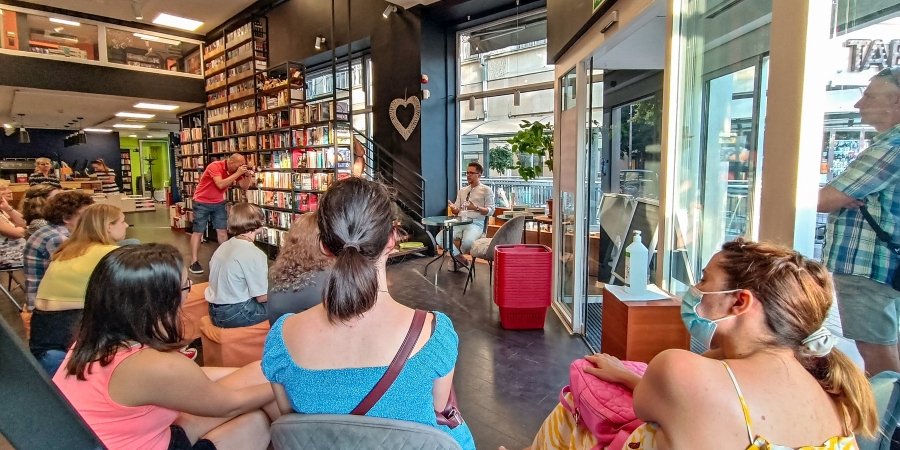 – This is a very current problem, and here I am, writing novels for young adults, why don’t you deal with this? Why don’t they try to speak to those who belong to the age group that is the most affected, the most affected? That’s when I started writing Your Body and My Soul, he added.

@gabor.bessenyei Reply @netty097 How did I come up with the idea of ​​Your Body and My Soul? #bessenyeigabor #novel #books #hungarianbooktok #good read #bookcase #Testing my soul #this is how it’s done #writer #writing a novel ♬ original sound – gabor.bessenyei

This is Gábor Bessenyei’s fifth in a row, but his first – and probably not his last – realist novel. And if everything goes well, the sixth volume may arrive soon.

Debrecen is the fourth most livable city in Hungary

The University of Debrecen has a new cure due to increased energy prices – Debrecen news, Debrecen news | Debrecen and Hajdú-Bihar county news

‹ Super League, YB-Servette – Again no goal: YB sits at the top of the table › “We are a centrist party”. “We continue the change” decides on the coalition with “Democratic Bulgaria” by Tuesday