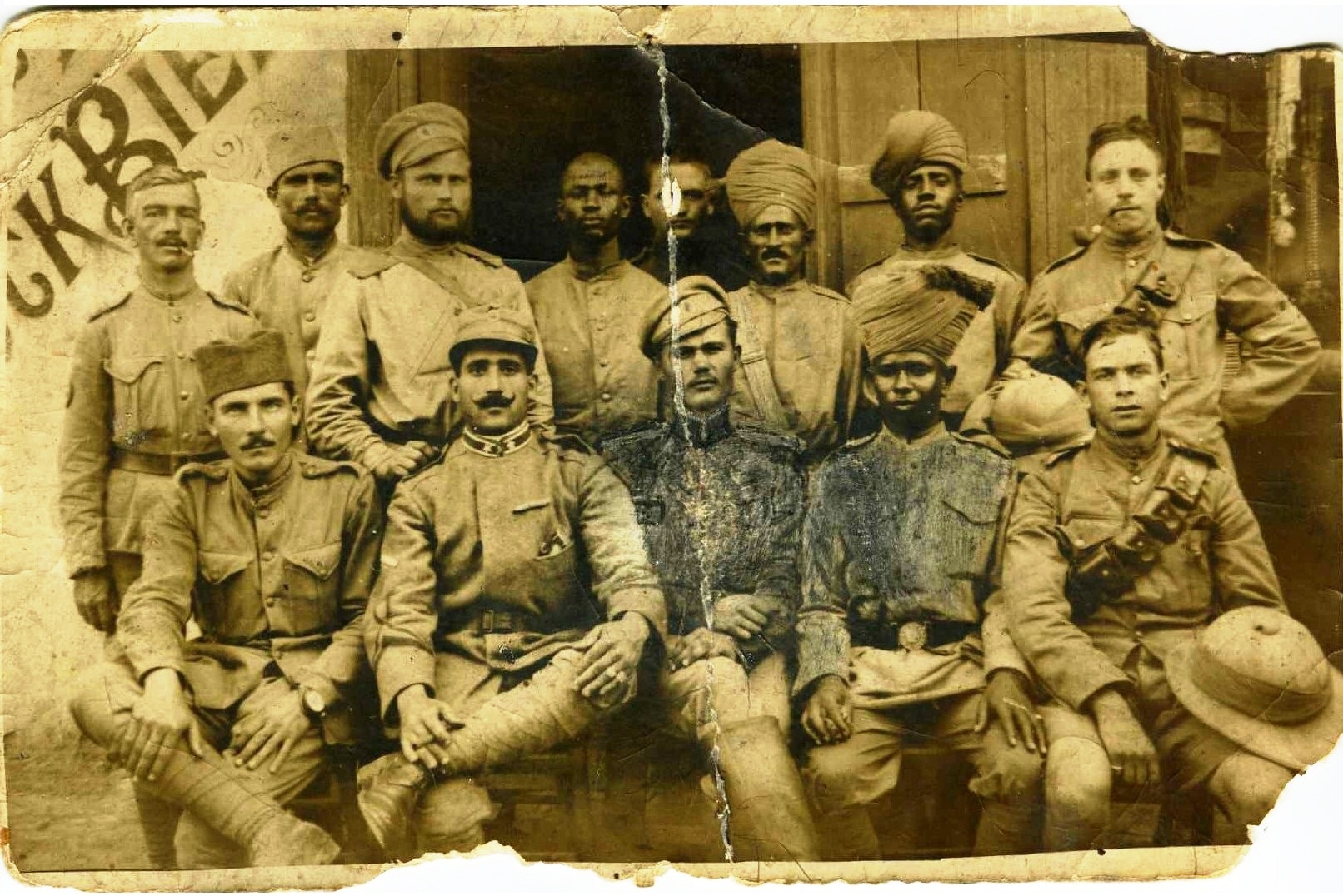 August 1 is a day of remembrance for those who died as a result of a mass war. One of the thousands of Russian soldiers sent to France in the winter of 1916 was Fyodor Mamontov. In May, his granddaughter Marie Bellegou-Mamontoff brought valuable documents to our city. On their base in the Frunze House-Museum, an exhibition “The Expeditionary Corps of the Russian Army in France 1916-1918” was organized.

Also, the Parisian guest met with the participants in the accident, who now live in Samara. Let’s try to convey their memories. The story will be supplemented by excerpts from a unique book belonging to the Russian Expeditionary Force, Samarans Pavel Karev.

In September 1916, German troops discovered a breakthrough to Reims within 15 hours, which was defended by soldiers of the Russian Expeditionary Force. But neither aviation nor poison gases helped the attackers. The Russians, according to the French, stood like a rock.
The 2nd special infantry regiment of the 1st brigade, formed in our city, distinguished itself more than others. A little over a hundred years ago, in anticipation of 1916, he was sent from the direction of Samara to approach the French front. And Fedor Mamontov, apparently, was a soldier of the 1st regiment of the 1st brigade, which was formed in Moscow. As a result, the 2nd brigade was created. She volunteered for the war in the Balkans.

Truly, each of the members of the expeditionary corps is a real adventure novel.

Brothers Alexander and Sergey Mishchenko came to the meeting with Marie. They talked about their grandfather, Ivan Fedotovich. As an elderly man in Ukraine, he moved to Samara with – closer to his grandchildren. The old soldier turned to the boys that in the First World War there was a call to the ranks of the expeditionary force sent by the king of tension of the Western allies. After the selection, he visited Samara. Then Ivan, apparently, went to the capital, and in the end turned out to be a soldier in the 2nd “Balkan” brigade. The main participation in the hostilities on the Thessaloniki front. In 1917, the Russians rebelled, demanding the return to their homeland, where the revolution was. The uprising was suppressed, Ivana decreased her labor activity in Greece. And only in 1920 he returned home.

— We shared this information with the departure of the local history museum. Its director did a whole study to restore the combat path, and made a presentation on it at a scientific conference. So the name of Ivan Mishchenko became known to history buffs. When the centenary of the expeditionary corps happened, a small meeting was held at the grave of my grandfather in Rozhdestveno and a military salute was given.

Ivan Mishchenko, a tall, strong blond, in all respects approached the service in the Russian brigades that were sent to France. He was 20 years old. In 1916, the soldier was enrolled in the 3rd Special Infantry Regiment, commanded by Colonel Ivan Tarbeev. By sea, the fighters were transported from Arkhangelsk to Brest. This greatly accelerated the arrival of soldiers at the front. The first echelon arrived on June 21, 1916 on three ships: Venezuela, Maratazan and Umtali. The ships were not adapted to carry large numbers of people. Ivan Fedotovich was spinning, which was stuffy. Not detecting fresh water. Many were swayed. On July 3, the ships arrived safely in the port of Brest. Mishchenko recalled that the French greeted them with joy. The Russian units marched to the sounds of the orchestra. The pavement along which the soldiers were walking was strewn with flowers. Next, the brigade was transported by rail across France to Marseille. And on August 5, emissions on the cruiser “Gallia” to increase the value in Thessaloniki.

The soldiers received their baptism of fire on the Thessaloniki front on September 10, 1916. The brigade commander was the brave General Mikhail Diterikhs. With only one understaffed regiment at his disposal, he arrived in battle with the French units. At the end of September 1916, a whole Franco-Russian division was created, led by Dieterichs. In the battles for the city of Florina, the Russian 3rd Special Infantry Regiment proved to be excellent. By order of October 19, 1916, he was awarded the Military Cross with a palm branch according to the sign – Croix de Guerre avec Palme.

But despite the merits, the rebellious soldiers were expected to be severely punished. Together with other rebels, Ivan Fedotovich ended up in hard labor. The camp is on the seashore. The guards took away all the beautiful things from the comparison. To save his documents, Mishenko buried them in the sand. The grandchildren will have a photo taken by a French photographer. The image is signed in pencil: “2 Russians, 2 British, 4 Serbs, 4 Africans, 1 Italian.” The card is sand-stained, broken in half. This was evidence of the labor fate of Russian soldiers, who for a long time were forgotten in their homeland and in the countries they liberated.

Special expeditionary units as part of separate 400th infantry brigades (two regiments) with a total number of 750 officers and 45,000 non-commissioned officers and soldiers. They arrived in France during 1916. The 1st and 3rd adult infantry brigade in Champagne, and the 2nd and 4th – to the Thessaloniki front. In the spring of 1917, an artillery brigade and an engineer battalion also arrived in France.

The formation of the 1st reconnaissance infantry brigade began in January 1916. The headquarters and the 1st regiment were foreseen in Moscow, and the 2nd regiment – in Samara.

The 2nd Special Infantry Brigade was formed specifically for operations in the Balkans during World War II.

From the memoirs of Pavel Karev:

“At the end of December 1915, in our unit and in the 148th reserve battalion, which was also located in Kuznetsk, the selection of soldiers in serious troops began. From the garrison, which numbered about 30 thousand people, 260 privates and non-commissioned officers were selected. All these people were tall, strong, beautiful, literate. Particular attention was paid to religion: Orthodox people are unlawful, despite all their physical virtues …

Guests of the zoo corner in the Russian park in Serpukhov achieved the transfer of the wounded fox to veterinarians :: Vesti Podmoskovye

Farhad Shami: “There will be new operations!” – ANHA | HAWARNEWS