Three hundred kilometers on foot from Siena to Rome, Christian and Sonia on the Via Francigena for the Invisible Warriors

Backpack on your shoulder, boots on your feet and a goal in your heart: Cristiano Vitali38 year old from Parabiago with a past as a municipal councilor in the city of footwear, and his partner Sonia BonoLambiatese who works in Saronno, they left on Sunday 31 July from Siena and on Friday 12 August after 300 kilometers on foot they arrived in Rome to give voice to the “invisible warriors”those who every day fight against often little known, who are not seen but are there and change your life.

Christian Vitali is actually not new to this kind of “business”: before finding it on the famous white roads of Tuscany I left it on those of Way of Santiago de Compostelalast “adventure” undertaken to raise awareness on fibromyalgia after i 600 kilometers long the Via Francigena from Pavia to Rome and 180 from Palermo to Agrigento on the Magna via Francigena. And now, also thanks to a personal experience that put him firsthand in the face of the reality of invisible diseases, together with Sonia Bono, who with him had already traveled the Camino de Santiago from Porto to Santiago and the Camino de Finisterre-Muxia, he got back on the road with the hope not only of raise funds to be allocated to the ISAL foundation for the research of the biomarker on fibromyalgia and to future awareness events of the “Invisible Warriors” association but also of turn the spotlight on pathologies that too often take a back seat. 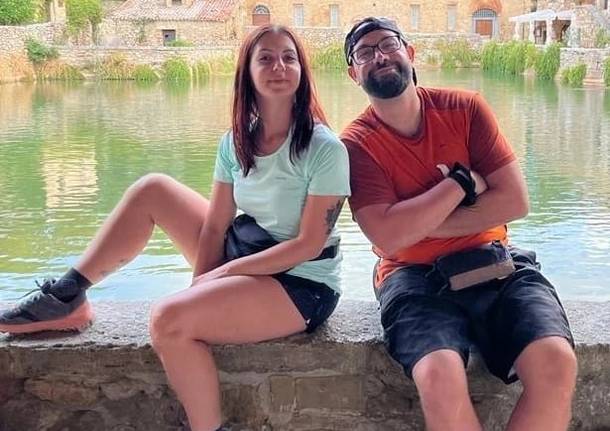 «The experience of the journey was very beautiful – Sonia Bono tells us -. We all know that Italy is wonderful but there are places that you can only really see on foot: along most of the paths we walked we were in solitude and freedom, that beautiful loneliness that makes you think and takes stock of the past year. In front of certain landscapes one feels like little ants, but as with ants, even among men each one has his own role and his own task. We along the way we spoke with the pilgrims we met about our initiative and at each stage we left a message relating to the passage of the “Invisible Warriors”: even just having sensitized five or ten people would be a great achievement. For us too, however, they were days of training, when by dedicating the stage of the day to the various pathologies we were able to get to know them better ».

And from stamp to stamp the pilgrim “passport” of Sonia Bono and Christian Vitali was filled up to the testimonium requested in Rome, document that certifies the pilgrimage to the capital after at least 100 kilometers on foot. And since there were 300 kilometers of walking, three certifications were required, one of which will go to the Invisible Warriors association. “Arriving in Rome was an indescribable emotion, we were moved – adds Bono -. The last day of walking is always a special day, with legs that now would like to fly, the backpack that is almost no longer and half a step away: already from Monte Mario we felt Rome from above, then we walked the last ones two kilometers on the avenue leading to the Vatican. The journey is a very special travel experience, we met people all different from each other, each with its own history and experience but all with a great desire to listen. The message we drew from it was precisely this: we are all motivated by the desire to do and listen outside of everyday life, but then in certain contests, such as the work one, we are slaves of a mentality that takes us not 100 but 110% even in the face of visible diseases, let alone in the face of those that are not seen. More safeguards would be needed“. 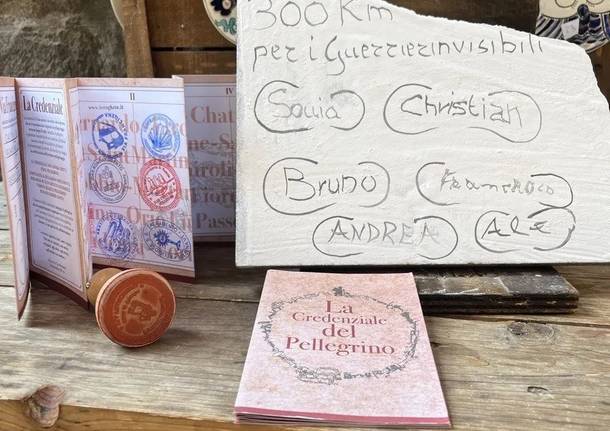 Along their 300 kilometers on foot, however, the path of Bono and Vitali has also crossed again that of support for patients with fibromyalgia: in Viterbo they met the Libellula Libera association, very active in the area with events and initiatives that with medical and legal support for the sick and their families, and on their own families, have a message in the Vatican. Not only that: thanks to the project “Your step is already history” launched by the association in tandem with “Via Francigena in Tuscia”, the two “local” pilgrims they also signed a tile on behalf of the Invisible Warriors that will become part of a street-monumentdelivering their message to posterity.

‹ UAV production facility will be the target › San Marino closes the games in Group A, the semifinals defined – OA Sport