The area of ​​the confluence of the Berounka and Vltava rivers has great potential for development. The territory is divided between five districts of the capital city of Prague and the central Bohemian city of Černošice. Most of it is made up of flood plains without the possibility of normal building development. You can find both romantic places and neglected brownfields and agricultural areas here.

“The area we are talking about is currently divided into several parts and suffers from the absence of a long-term development concept that someone would fulfill. There is a danger that partial insensitive interventions could lead to irreversible devastation of the last remnants of the river landscape in Prague. The competition that we have announced will help to integrate this neglected space back into the lives of not only the people of Prague,” he says Petr Hlavácek1st Deputy Mayor for Territorial Development.

A long-term cooperation contract will be concluded with the winning landscape architect or urban planner on the creation of a “plan guide” for the landscape and the establishment of the Soutok suburban park. This will be a guide on how to further maintain the entire area.

The goal is the restoration of the river’s surroundings, anti-flood measures, the design of footbridges, pedestrian and bicycle connections and connections to urban public transport links.

“We certainly welcome this initiative because you can contribute to adapting to the adverse effects of a changing climate. It is a valuable area that is potentially a recreational area for citizens,” he states Eva Tylovadeputy mayor of the Prague 12 district.

“I am very happy about the Soutok suburban park project, for two reasons. Firstly, this part is about cross-border cooperation between the Central Bohemian Region and Prague, and secondly, as part of the revitalization, the area around the footbridge in Dolní Černošice will be landscaped. In addition to the reconstruction of the footbridge, the entry point Černošice will also bring a PID bus stop or a solution to the evacuation point for Dolní Černošice,” he says Filip Kořínekmayor of Černošice.

The project is based on the Memorandum on cooperation on the development and future use of the area around the confluence of the Berounka and Vltava rivers closed between the capital m Prague, local districts and the city of Černošice. The winning proposal will be announced in April next year.

The Trojská kotlina with Císařský ostrov, one of the most valuable and largest natural areas in Prague, will gradually transform. Institute of Planning and Development m of Prague has therefore prepared an outdoor exhibition on the embankment in front of Troja Castle, which is dedicated to the river, its landscape and especially the people. It recalls the past, shows the present state and depicts the future of this rare site. The exhibition entitled Touch the River is open to visitors at any time until October 31.

The Railway Administration has published the future form of the Dlouhá Míle terminal, which will be part of the new construction of the railway line in the section Prague-Ruzyně – Prague-Václav Havel Airport. The architectural design, behind which AFRY and Pavlíček Hulín architects stand, meets strict requirements for the quality of urban, architectural, structural and technical solutions. The line to the airport should start operating in 2028. 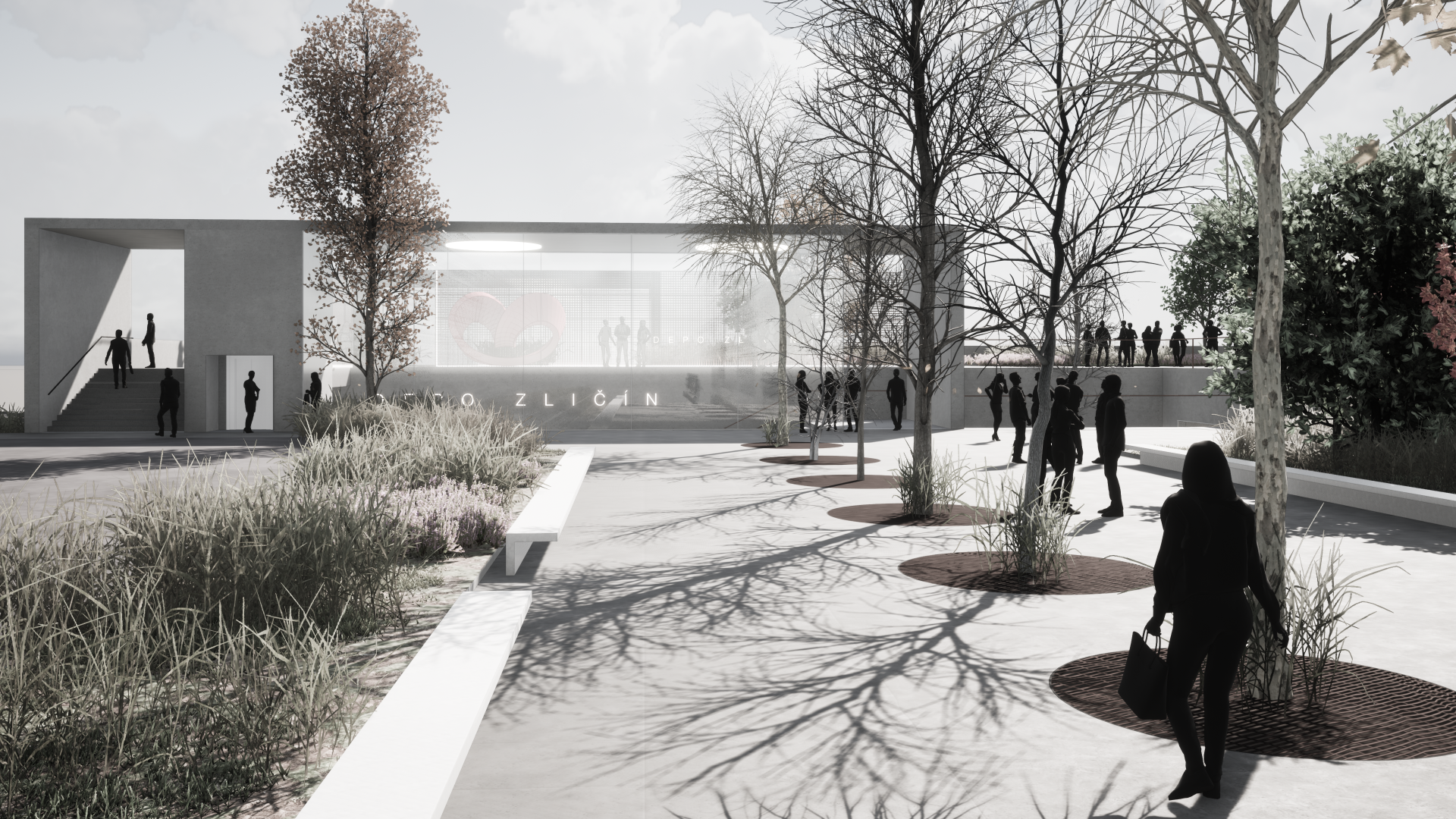 In recent days, an architectural competition has decided on the future form of the Depo Zličín metro station in Prague. It is the first time in the post-revolutionary period that the shape of a metro station has been decided in this way. The winner was the studio Petr Stolín Architekt. Now the winner has to cooperate with the DPP
and the designer to finalize the competition proposal and prepare an architectural study. Construction of the new Depo Zličín metro station is expected to begin in 2026 at the earliest.