From the Deník archive: On August 13, 2002, Prague was in danger, the evacuation began

/PHOTO GALLERY/ Prague in danger: Evacuation! This was the main headline of Večerník Praha on August 13, 2002, which is the successor of Pražský deník. See what was written about the floods that day. 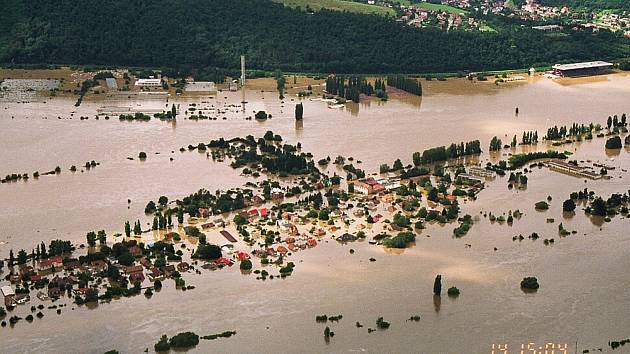 | Photo: Courtesy of the Vltava Basin

At that time, the editors covered the floods on several pages. A day earlier, the water in Prague began to rise and the evacuation of residents began. So far, the articles are about fifty-year-old water. “At night, it was decided to evacuate 25 thousand people in Karlín,” reads one of the articles. At that time, ambulances also evacuated the Františka Hospital in Prague 1.

From the Deník archive: State of threat? On August 12, 2002, a major disaster was approaching

The letter also recalls the situation in the zoo, where the migration of some animals began. “Monkeys, large turtles, but also birds were relocated,” it was written at the time. And the small headline Metro is safe caught his attention. So far, the underground railway was running, although people were afraid to use the subway for fear of water. 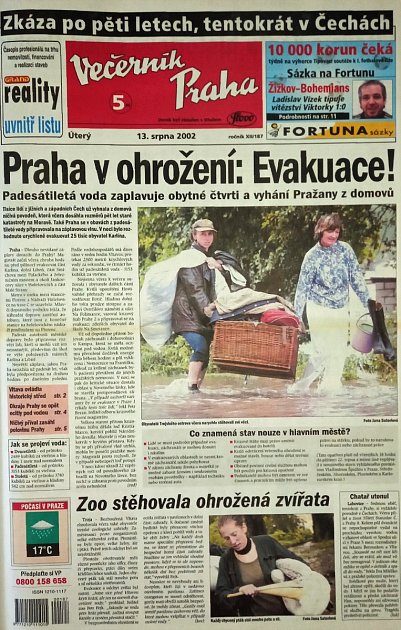 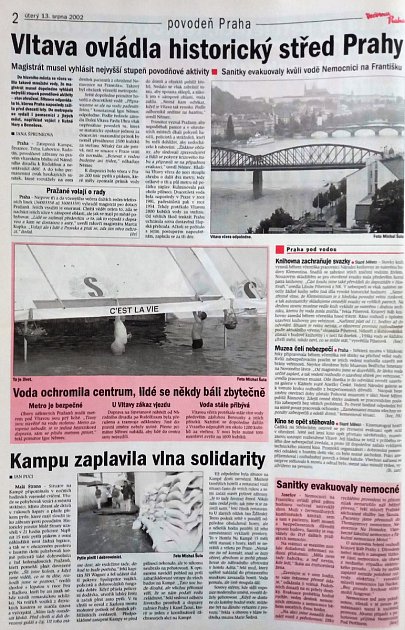 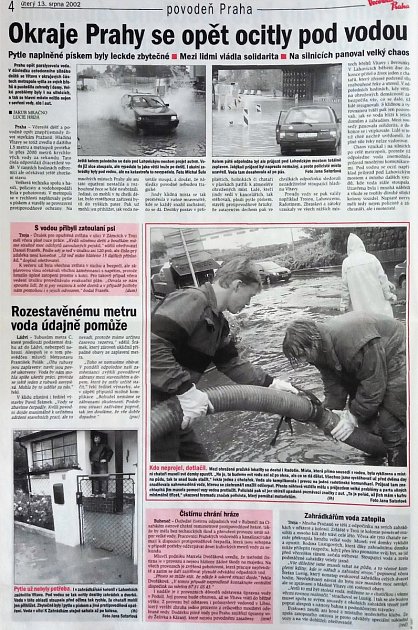 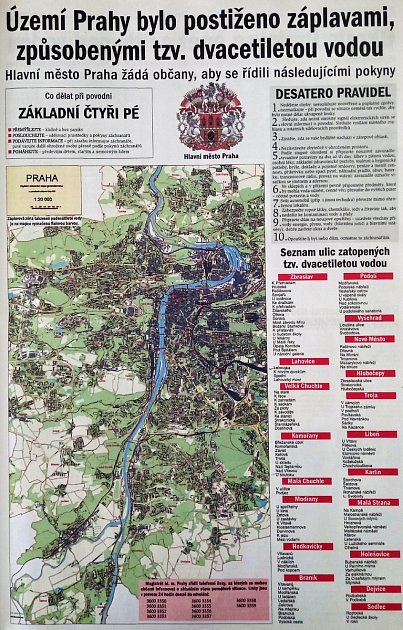 The second wave of flooding
Aug. 12
the second wave is expected to be much stronger than the first.
August 13
Electricity supply was interrupted in the historic center of Prague. The Velká Chuchle racecourse was completely flooded.
August 14th
The Vltava in Prague reached a flow rate of 5160 m3/s at 12 o’clock in Velká Chuchla at a water level of 782 cm, Karlín and the Prague metro were flooded.

The newspaper recalls the devastating floods that hit the Czechia twenty years ago. How did the disaster affect the lives of the people of Central Bohemia and Prague? Read here.