Metro D – court: The dispute will be heard in Prague, not in Ostrava

The Prague municipality issued a building permit in June 2021, construction has already begun. The lawsuit was brought to the Regional Court in Ostrava by a group of people from Kovařovicova Street in Prague 4 with the association Pankrácká společnost. In April, the Regional Court referred the case to the Municipal Court in Prague, which it described as having local jurisdiction.

However, the Transport Company of the Capital City of Prague did not agree with the transfer of the dispute from Ostrava to Prague and filed a cassation complaint. He stated in it that the key transport infrastructure should be dealt with by a specialized Ostrava senate according to the line act. However, the NSS confirmed the legal opinion that only disputes about highways, first-class roads and national railways go to Ostrava on the basis of the Line Act.

“That a subway is neither a highway nor a road is obvious from the very definition of the word (ie an underground railway). It is also obvious that line D of the Prague metro is not a national railway, but only regional (or metropolitan).” NSS decided. He reminded that specialized senates are more like a lesson in administrative justice and judges of all administrative sections are competent to make good decisions like specialists in Ostrava.

“The fact that the matter will be decided by the Municipal Court in Prague does not constitute any interference with the rights of the parties to the proceedings or the persons involved in the proceedings, and it certainly cannot be inferred from it a lower quality of decision-making than if the matter had been decided by the Regional Court in Ostrava, ” is stated in the NSS decision.

In the future, the blue metro line D will connect Písnica with Náměstí Míru and ease traffic in the south of the city. The preparation of the building involved a number of problems and was accompanied by disputes. 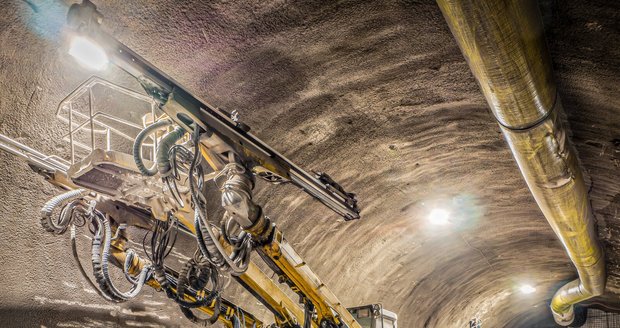 ‹ San Marino. Elego carries on the confrontation with the Party of Socialists and Democrats › Congratulations from the Metropolitan of Sweden to the “silver” Laocratis Kesidis