The elf Galadriel and the dwarf. Amazon images of Lord of the Rings characters

“It’s a civilization that’s been around for thousands of years and has had a long history of development,” said Lord of the Rings series designer Ramsey Avery. His film resume includes blockbusters such as Spider-Man: Homecoming and Guardians of the Galaxy Vol. 2. So now he will bring to life the mythical Númenor. “My effort in creating Númenor is to evoke a sense of wonder and mystery, to bring to life an ancient history where real people live, work, play and love,” added Avery, while analyzing three newly released images from the series.

Númenor – a prosperous and advanced civilization

Among them is the one from the bustling port of Númenor. “This image shows its thriving culture, its vitality, and it’s doing well,” Avery said. If you look closely, he says, you’ll find important themes that are kind of hidden. it shows two things – firstly, that the Númenóreans respect and love their horses, and also the fact that it is a technologically advanced culture,” said the designer. 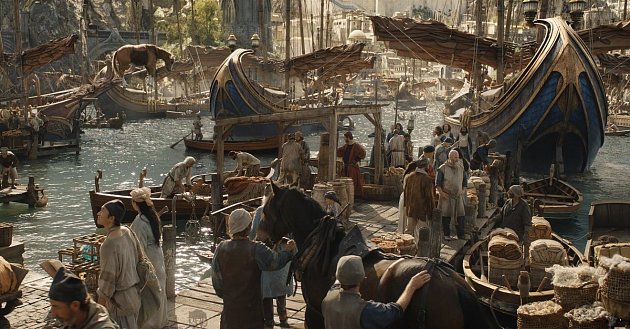 Númenor is built on water and centered on a vast maritime industry – reminiscent of Venice.Source: Courtesy of Prime Video

He also noted that the bold blue colors on the ships represent the overall aesthetic of Númenor. “We’ve gone from the elegance of the elven world to a much bolder look for Númenor,” Ramsey Avery noted. “To create the Mediterranean kingdom of Númenor, we were inspired by the art typical of Egypt, Africa and the Middle East, consisting of bold shapes, rich colors and geometric ornaments.”

Númenoran Court, built high on a cliff, is the seat of Queen-Regent Míriel. “According to Tolkien, the Númenóreans increased their strength on the last high hill. The higher you get, the more the development of culture over time is reflected,” the creator says. He also explained that the structure of the city in the image represented the new politics and complicated history of Númenor. 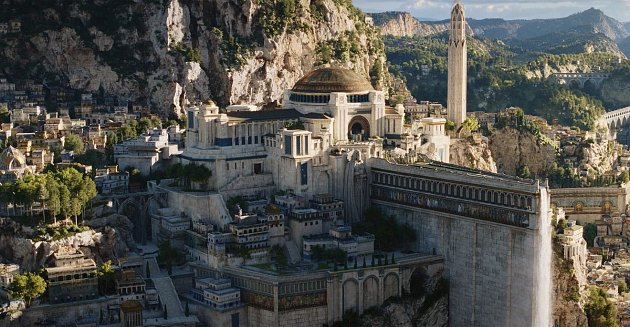 Númenórean architecture is strong and mighty, yet beautiful.Source: Courtesy of Prime Video

“To the far left of the picture is a much more Elven structure, and that is the original court built by the Elves four hundred years ago. The people of Númenor had reached a point where they were done with the influence of the elves and built a palace that motivated the people. Its structure is power, strong and massive – supporting strength and beauty,” A noted, noting that the image once again depicts the Númóreans’ talent for innovation.

Tolkien perceived writing only as a hobby, he also created The Hobbit thanks to the love of his life

“The left and right towers have a cooling system. We looked at the whole system in a Mediterranean or hot climate and considered how to cool it. We found that buildings in North African and Middle Eastern countries have some kind of traps that draw in the wind, heat it up, and then blow it out of the tower. At the same time, they visualized the cold air below them. That’s how the Númenóreans discovered how to keep the city cool,” explains Avery.

Tolkien’s writings did not go into great detail about Númenor, but the author himself is said to have once stated: “I have just returned from Númenor – Venice, I mean.”

In Avery’s judgment, it revealed a sensibility of how the author actually envisioned Númenor—namely, as a Venice built on water with many influences over time.

What was before Game of Thrones? The series Dragon Rod will arrive on HBO in August

Like Venice, Númenor had an extensive naval fleet and industry in its heyday, meaning that ships representing the rich culture and aesthetics of the land were an important element of its design. The unique shape of the sails was inspired by the ceremonial headgear of the kings of Gondor. “I’ve always thought of that crown as an eagle’s wings. But I looked at it again and thought – oh my god, that’s a ship’s sail,” Avery said. 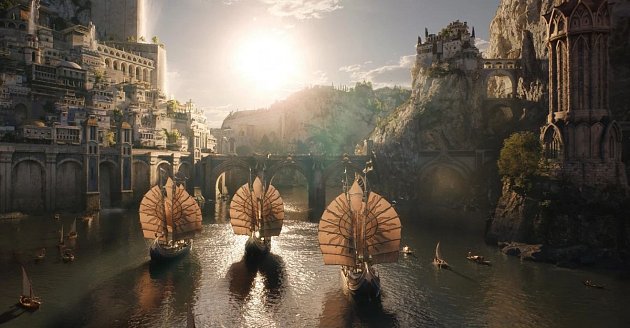 Númenor is a prosperous and technologically advanced civilization.Source: Courtesy of Prime Video

A true depiction of a civilization surrounded by water, he noted that Númenor’s infrastructure was built to facilitate transportation through shipping. “The bridges you see in these pictures are not just for cars and people. Each bridge has a channel that creates a traffic system all the way through the city,” he added.

For Avery, bringing Tolkien’s unseen worlds to life is a child’s fantasy come true. “I grew up with Tolkien and his world means so much to me. These environments or thoughts have been a part of my life since I was ten years old. Being able to bring them to life and see the cast and crew really enjoy it all was a real gift. I am excited to share this beautiful world and its characters with fans,” concluded the production designer of The Lord of the Rings: The Rings of Power series.

Recession? But no matter what, the head of Domoplan is launching a new construction company

The KP Brno handball players also took the young man in the goal. They scored fully the second time

‹ Ligue 1 – Presentation of the 2nd day: PSG at the Park, Monaco / Rennes in poster › Fashion from the Island Festival: – People come out of their shells