The bridge will make it easier for pedestrians and cyclists to get to the island of Štvanice and will be another connection between the city districts, which since 2015 is also provided by the HolKa ferry in the summer. “Concreting will be done on Thursday night using special equipment from the shore. The mixer will be on the shore at Štvanice and the pump will transport the concrete to the pillar. It should be done by 6 a.m. Friday,” Scheinherr said.

The rings, i.e. the temporary supporting structure between Karlín and Štavnické ostrov, are now complete on the construction site, on which the segments of the new footbridge will be gradually installed. The ring was then removed. In the trough, the concreting of the foundations of the pillars was completed. In the meantime, the prefabricated segments of the footbridge are being concreted, which will then be transported to Prague.

Architect Petr Tej told journalists on Wednesday that the construction of the footbridge is delayed. According to Scheinherr, this was the case in May, but the slip has already been caught up. According to him, the construction company created additional formulas for casting the aforementioned segments of the footbridge, and the work sped up as a result. “We started building the footbridge in January and the deadline for completion is 14 months, which is February 2023 and this deadline will be met. We had a three-month delay in May, but now it’s basically erased,” Scheinherr said.

Together with Prague 8, the municipality is also currently preparing the reconstruction of the cycle path on the Karlín bank. The path for pedestrians and cyclists will have a new asphalt surface compared to the current one and will be widened.

People can you can get from Karlín to Holešovice on foot at the moment only via the busy Hlávkův most, or by detour through Rohanský island and Libeňský bridge. They can also use the ferry. Štvanice can only be reached from Hlávk bridge or by ferry. The footbridge will also be a link for cyclists when it connects the backbone cycle paths running along the Vltava on both banks.

In 2020, Prague opened a new footbridge from Císařské ostrov to Troy. The original one collapsed at the end of 2017. However, Prague has had a long-term problem with bridges. The Libeňský or Hlávkův most are in poor condition, and the Palacký most also needs repairs. The technical administration of communications is now repairing the busy Barrandovský bridge. 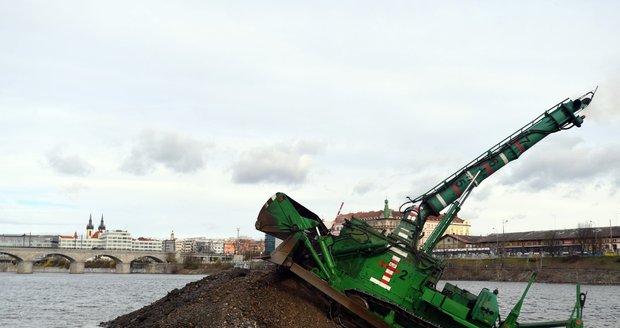 In Prague on April 7, 2022, the construction of the Štvanická bridge over the Vltava continues.

The European Commission has closed the investigation into ČD’s behavior on the Prague-Ostrava route, it found no evidence for accusations — ČT24 — Czech Television

Sun and rain cannot be commanded. Nikol Bóková again at Classic Praha, not only about the new label

‹ “It’s always too much” according to the prefecture › Holidays: a dream destination more easily accessible from Luxembourg