In Venice Shorts On Tap presents “In Dreams”, a celebration of the dream short film

Shorts On Tap (Short on tap) short film festival born 9 years ago in London, also exported to Berlin and Tokyo, arrives in Venice for the second consecutive year as part of # CineMoving2022. Sunday 14 August in Campo San Polo at 8.30 pm will organize a short film review entitled ‘In Dreams’. True and celebration of the dream short film, ‘In Dreams’ will propose a program focused on the concept of’ dream ‘, through its own variety’ of genres ranging from animation to experimental short, passing through documentary. The leitmotif of the evening will be the ‘dream’ intended both as desire, utopia, reaching a goal, but also as a chimera, fantastic vision, surreal event, dream experience and fiction of the mind. During the evening, conducted by the actor and director Mattia Berto, the following short films will be proposed: A fleeting dream by Jay Worsley (documentary); Tale of a robot by Stephanie Winter (music video / video art); Life is now by Michael Coppola (experimental); Rabbit’s paw by Dustie Carter (science fiction); Short love story by Antonio Marzotto and Serena Patrignanelli (animation); The future by Enrico Poli (drama / experimental); To her by Jacopo Ardolino (experimental); Wallace Chan – The art of materials by Martina Margaux Cozzi (documentary); Watch me disappear by Georgia Bardi (animation). The screenings of the shorts will be followed by a question and answer session between the directors present and the audience. They will intervene Enrico Poli (‘The future’) Italian screenwriter and director, Martina Margaux Cozzi (“The art of materials”)creative director specializing in cross-media and experiential projects, Jacopo Ardolino (“To her”) director and photographer. 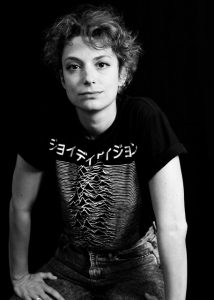 The directors of Short on Tap are Filippo Polesel from Venice and Michele Fiascaris from Udine. Site: www.shortsontap.com

Two Dragonesse from Avigliana in Venice • The News Agenda

‹ The well-known Husa in the center of Prague invites you to good food for reasonable money › Heat islands in Toulouse. A group recorded up to 16°C difference in the same neighborhood