New weather report from Meteorology! Light alarm in many cities including Istanbul and Ankara

According to the latest evaluations made by the General Directorate of Meteorology: Partly cloudy and partly cloudy in the north, interior and west from the Marmara (except Edirne), Inner Aegean, parts of the Western Mediterranean, West of Central Anatolia, East coasts, Bolu, Düzce It is predicted that the surrounding areas of Karabük and Ardahan, the coastal areas of Hatay and the Taurus Mountains of the Eastern Mediterranean will be rainy to the sky, while other places will be less cloudy and clear. Precipitation is strong in the morning in the central Tekirdağ circles and in the western parts of Istanbul (Çatalca and Silivri circles), in the afternoon in the Isparta, Burdur, Denizli, Uşak, Afyonkarahisar, Eskişehir and Ankara circles and in the southern parts of Kütahya.

Precipitation is expected to occur in Tekirdağ and the western parts of Istanbul (Çatalca and Silivri surroundings) in the morning, and in the southern parts of Isparta, Burdur, Denizli, Uşak, Afyonkarahisar, Eskişehir and Ankara and Kütahya in the afternoon. Great caution is required for rain, local hail, and an unexpected wind.

of the wind; It is expected to be cautious and careful against the things that can be experienced in the west of the Marmara and the North Aegean coast in the north, north and northeast directions.

As seen from the General Directorate of Meteorology; It is expected that the thunder showers, which still continue around Istanbul, are expected to be locally strong until noon today in Çaltalca, Silivri, Büyükçekmece and Arnavutköy. “A great measure should be taken for the raid, local hail and a development that is not thought of,” the statement said.

According to AFAD’s last minute, an orange-coded warning came to Istanbul’s Anatolian Side, Kocaeli, Düzce and Sakarya for tomorrow. In the AFAD, it was said, “Flood, flood, tornadoes may be seen on the coasts during the violent demonstrations. Please carefully and carefully.”

Istanbul Governor Yerlikaya said in a Thursday post, “Love, from the sky in Istanbul (today) from the morning onwards, the gaze from the sky to the sky is strong in Istanbul, it is expected that you will have a strong place on the Anatolian side and cautious.”

After the arrangements made on the Twitter account of the Ankara Governor’s Office, it was stated that the rains that passed during the day and in the sky after the end of today afternoon were seen intensely as the environment in Ankara.

A MEASURE MESSAGE FROM AKOM TO CITIZENS

Istanbul Metropolitan Municipality Disaster Coordination Center (AKOM) was in severe stress in Istanbul. AKOM is likely to be effective. 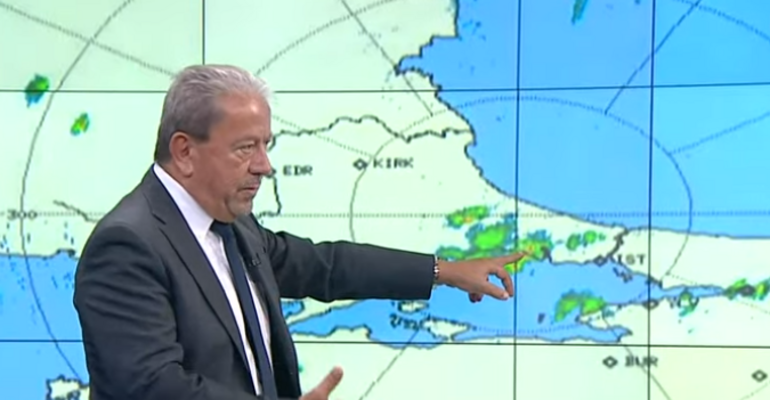 CNN TÜRK Meteorology Advisor Prof. Dr. Orhan Şen tweeted on social media, “As of today, Istanbul’s receipts will start in the morning right in the afternoon. He graded his message.

Dr. Şen said, “This will continue until noon in the Siliv-Çatalca region. Of course, there is a flood from the manhole trap. The manhole covers on the street should be suitable. There is nothing to be done right now,” Şen said.

Şen said, “Today’s situation came at 6 in the morning and it fell. Tomorrow (today) is more important. Tomorrow (today) he made a very strong discovery on the Anatolian Side. This attack may cause floods. There is still that rain. rain starts tomorrow (today) 09:00-10:00 normally.Şile, Beykoz, Kadıköy, Kartal, Maltepe are at risk. There are streams between Şile and Ağva. There may be overflows in those streams. There is nothing on the weekend. This system ends on Friday. ” has been used.

It was morning weather in some districts of Istanbul. In Esenyurt and Beylikdüzü, some underpasses were full because of the light pointing. Again, manholes overflowed in some streets and avenues. The rain made it difficult for the drivers and teachers.

A service vehicle fell into a 2-meter pit in the Yeşilkent District of Esenyurt. The left front of the service vehicle used by the driver and a passenger wheel entered the formation. The overflow of the manholes was reflected on the mobile phone cameras at the moment. The municipality from the street attempted to work with the military. 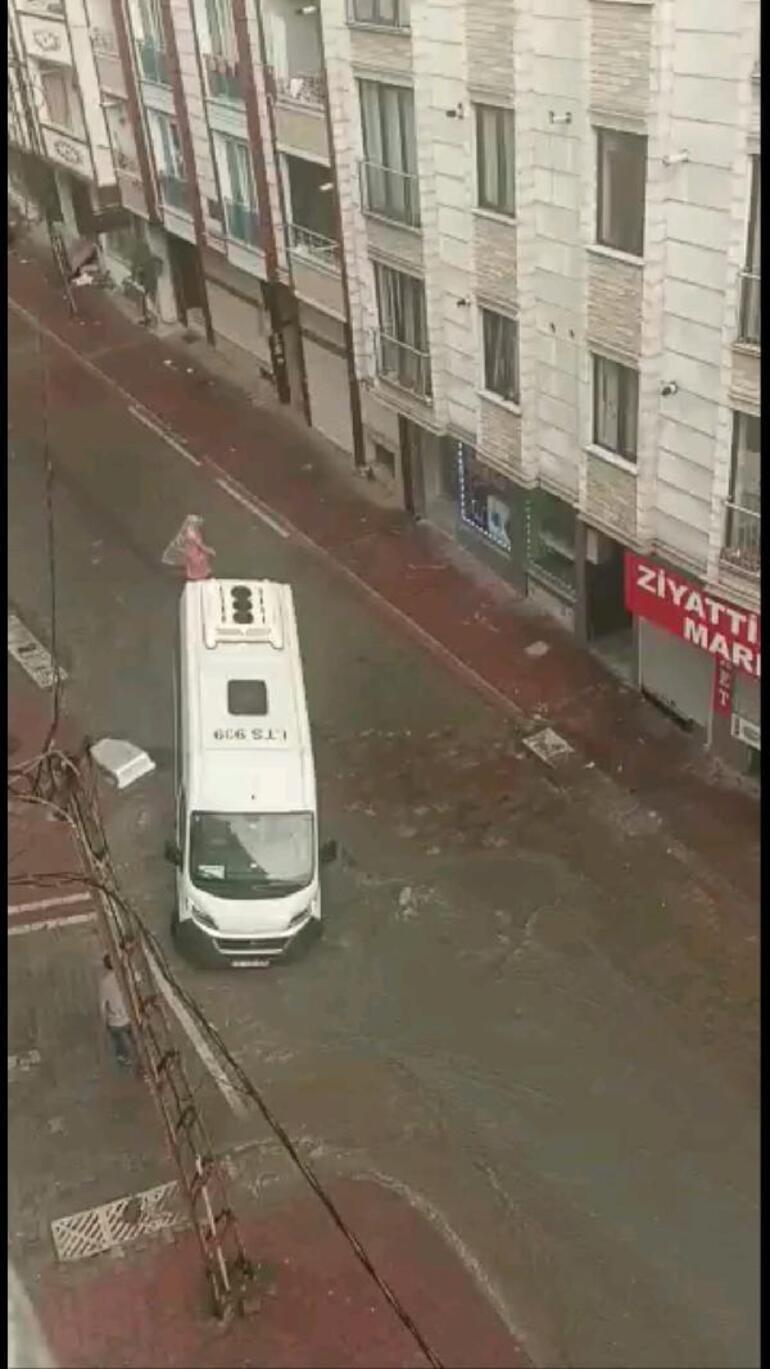 The flood service passenger said, “It was raining a lot, it had already burst from the front, so I wanted to go down. The road fell with the load of that car. There was a unit. I was through the other door. Neighborhood resident İbrahim Çabalak said, “It was raining a lot. It happened 3-4 times in the same place. The manhole is constantly exploding. There was no injury, but a material incident occurred. It’s pretty bad on the street.” 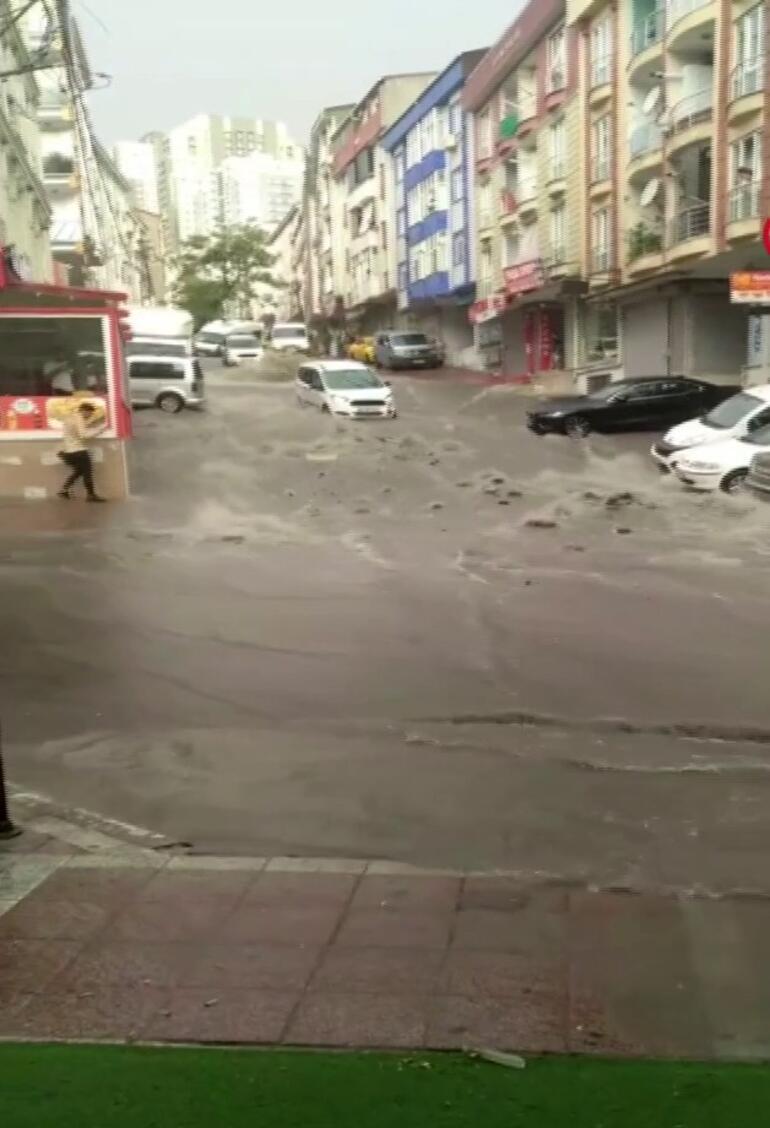 The rain that fell in Avcılar in the morning caused some roads in Yeşilkent Neighborhood to turn into a lake. What happened on the Road remained covered with water. Help was requested from the war so that those stranded on the way could be rescued. Vehicles stranded on the road rescued the arriving team. The road area was also filled with water inside the furnace. 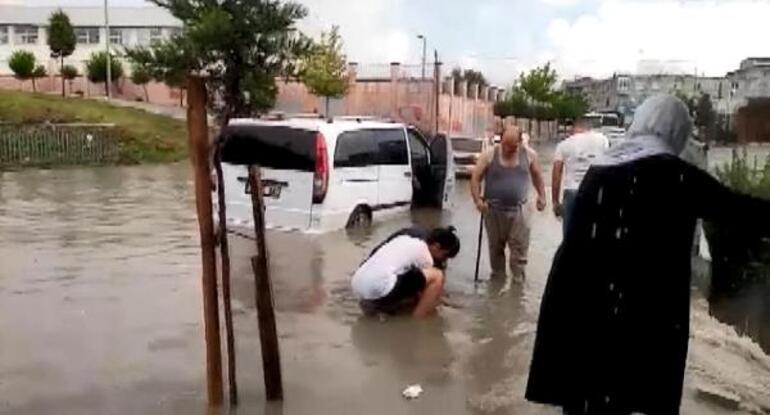 Mehmet Nuri Bozkuş, who adds about 50 thousand TL about a cooking process in his oven, which is used for cooking, about 50 thousand TL. He suggested that the explanations that the pipe was said about a lot of things came to the fore. We felt on the water today as it was in the landscape where the goods live in the touristic places in the region.

The General Directorate of Meteorology had warned about an incident that took place in Istanbul after being read from yesterday. It has been effective in Silivri since the beginning of the expected noon today. 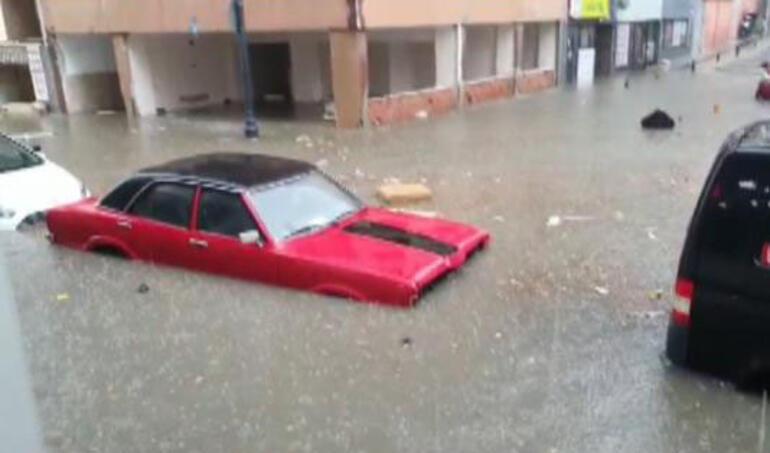 The downpour turned into a lake from a short distance and roads. Due to the precipitation, the D-100 became permanent on the highway. 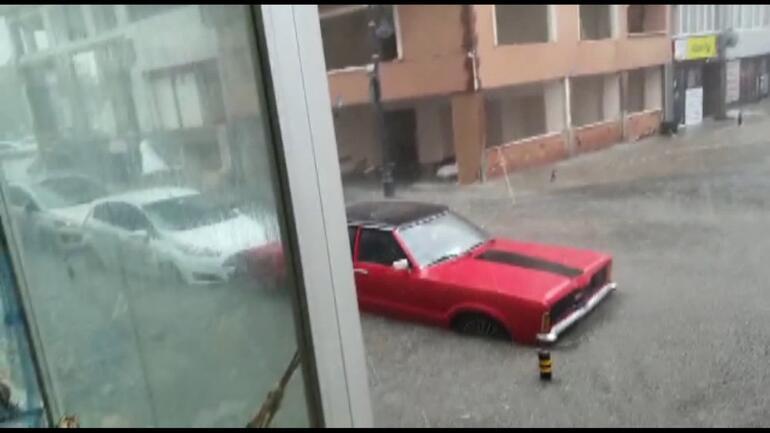 WATER DRAINED FROM THE SKY IN TEKIRDAG

With the darkening of the morning in Tekirdağ, the watch emptied throughout the show in one day. Street streets and avenues are exhibited almost to the creek for severe use. Inadequate access to the battlements belonging to TESKİ, and attention should be paid to the access road in the streets.

While you were caught off guard in some places, others waited for your attention at the bottom of the walls and doors.

It would be very useful for those who graduated from Yağmur’s jobs to benefit from Seyfi jobs. It has not rained like this in our Tekirdağ for a long time. Hopefully there will be no disaster. So we’re glad it’s raining. He has to get what he can get,” he said.

How did Borsa İstanbul start the week? By Investing.com

‹ After a slow start, the Swedes can edge the Swiss › Budapest is a beautiful city, but Gábor Kubatov is not an Azeri