Folimanka: from an agricultural area to a modern leisure place. PRAGUE 2 WITH NEW EYES

Photo: MČ Prague 2 (as well as other images in the article)

Description: Construction of a new leisure area in the Folimanka park

Folimanka Park, which is part of the city district of Prague 2 on the border of Vinohrad and Nuslí, has undergone revitalization in individual stages in recent years and has become a calm and relaxing green oasis of the Nuselské údolí. Your favorite, that is. Jamrtál, as the area is known mainly among locals and old-timers, gained mainly thanks to a wide range of options for spending free time for children with their parents, teenagers, young people, but also the elderly.

However, Folimanka has an interesting and engaging history behind it, which dates back to the Middle Ages, when it was an agricultural area. Folimanka took on a new form during the reign of Charles IV, who, by building stone walls for the New City of Prague, created a territory with a clear border. During this period, vines were also grown abundantly and successfully here, and it is here that we can still find the Nuslí emblem today. Thanks to the local vineyard, Folimanka also got its current name. In the Middle Ages, it was owned by a certain townsman Jakub Folman (Foleman).

However, the owners changed and the valley was transformed during turbulent times. Hussite troops fighting for Vyšehrad passed through here. At the same time, the lands came under the administration of the New Town of Prague. The valley was also marked by battles in the 17th century, when the Swedes fought here for a change, the Swedish siege of Prague was particularly devastating. The Thirty Years’ War left sad traces here. It was the aforementioned war that gave the area the nickname Jamrtál, which is still widely used among the locals today. 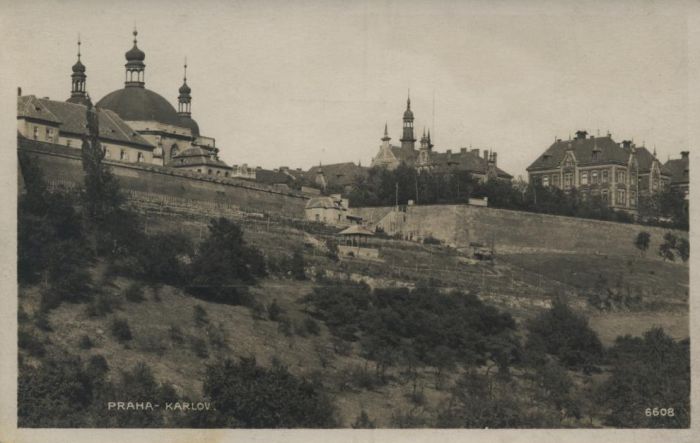 After the situation on the battlefield across Europe calmed down, Jamrtál, in the original German language Jammer Tal (Valley of Lamentations), gradually began to recover and became a popular excursion destination for the people of Prague. Baron and businessman Jakub Wimmer played a big part in this, who not only restored the local vineyard, but also planted new orchards, repaired broken and impassable roads and built an English park here. 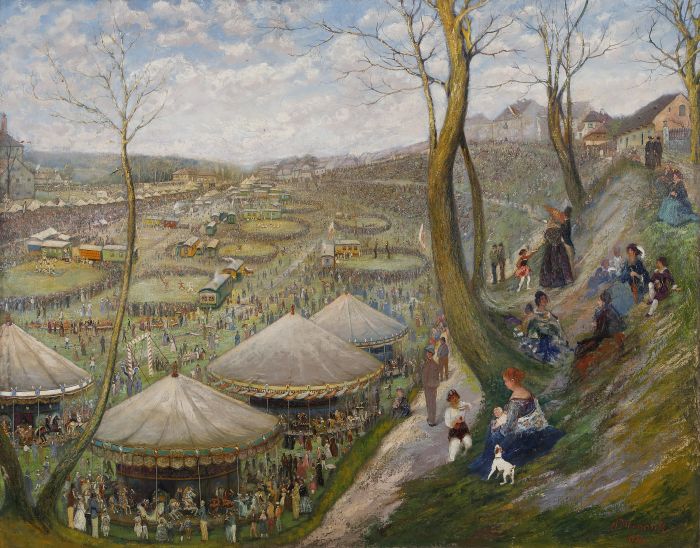 Thanks to this, various folk festivities and pilgrimages began to take place in the Nuselské údolí. From the end of the 18th century, the traditional cobbler’s pilgrimage, also known as Fidlovačka, became probably the most famous. In addition to the fair assortment available for purchase, visitors were also awaited by circus artists and exotic jugglers, acrobats, accordion players and bottle makers. It is therefore not surprising that the pilgrimage was popular with people across Prague at the time. However, with the new development, the tradition of the pilgrimage disappeared at the beginning of the 20th century. 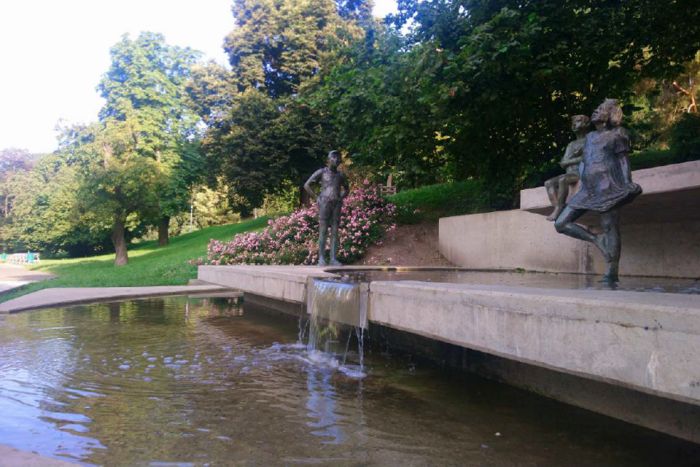 Bronze sculpture Three by Bohumil Zemánek in Folimanka Park from 1975

And it was the development of the Nuselsky Valley at the end of the 19th century and the following years in the 20th century that began to give the area its present form. During this period, today’s housing development on the left side of Botič in Nuslí grew up. On the right side, in Vinohrady, the house lost a little money, but the famous Folimanka park has been preserved here. However, the development of the valley and the park continued. In the 1950s, the Folimanka shelter was built under Karlov, twenty years later the entire valley was spanned by the Nuselský most, a sports hall was built, and the park received new modifications and a number of sculptures. 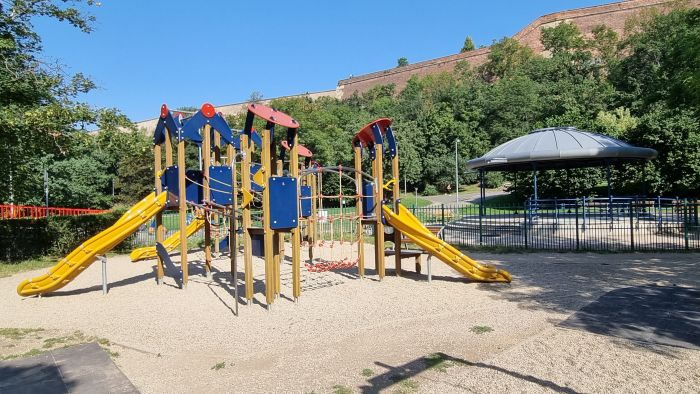 The modernization of the park continued in the past years. A new playground for children, a gazebo, a fountain, a playground for ball games, fitness elements have grown here, the Sunny side under the walls has been revitalized, the stairs have been repaired, etc. The newest building is the multi-functional leisure area Jammertal, located directly under the Nuselský bridge near the sports halls. It will offer its visitors countless opportunities for sports use. However, it is not out of place to go back in time to an earlier tradition. That is why this year we will remember, for example, the Old Prague Fidlovačka pilgrimage, on the weekend of August 27-28. 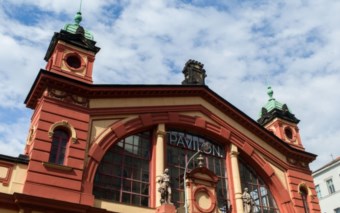