/PHOTO GALLERY/ The transport company is preparing another information day that should interest newcomers. There is a long-term shortage of drivers and city transport drivers in the capital. 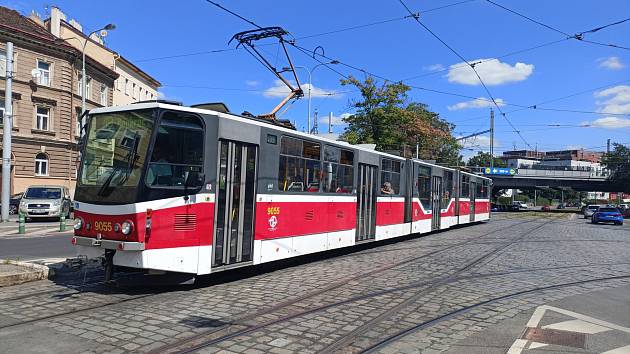 “Currently, we lack a total of 7.6 percent of people in the optimal condition of drivers and train drivers of the metro,” confirms the lack of employees, spokeswoman for the Transport Company of the Capital City of Prague (DPP), Aneta Řehková. That’s around 300 women and men. In total, over 4,000 people are employed as drivers in DPP.

Existing drivers then often exhaust the prescribed number of overtime hours. That’s why for several years. to limit connections For example, in November 2019, Prague limited to twenty bus lines, mainly the interval of connections was extended.

Video, photo: Students from all over the world showed how to fly drones in Prague

Recruitment campaigns of all kinds are supposed to help with a small number of applicants. “We continuously prepare information days for future drivers. Those interested can familiarize themselves with the activities of the dispatch center, the vehicle fleet, the garage master center and also everything else they are usually interested in,” Řehková describes one of the campaigns.

Information days are held regularly every month until the end of the year and are combined with a practical demonstration. This consists, for example, in driving along the route Vozovna Pankrác – Náměstí Bratří Synků and back. Thanks to this, interested parties can experience firsthand what it’s like to drive a tram in the instructor’s seat. The next information meeting will take place on Wednesday, August 10.

A Prague tram driver must meet several conditions. A valid driver’s license is a matter of course, as well as the age of 21 and a clean criminal record. The prospective employee must pass a psychological and medical examination and, upon acceptance, complete a ten-week long course, which culminates in a final exam. According to the Transport Company, the average gross salary of a tram driver is currently around 45,000 crowns.

In Prague, however, drivers are also lacking in other means of public transport. “We are running an intensive recruitment campaign for subway train drivers. People can notice this, for example, at exits from the metro,” says Řehková. A program with a recruitment allowance of 50,000 crowns is supposed to attract bus drivers. Despite the number of campaigns and the benefits offered, the shortage of drivers and drivers hovers around the aforementioned seven percent every year and does not change significantly.

‹ Heat wave: are there really more tropical nights in Toulouse this summer? › Is excess mortality in Portugal “identical” in the rest of Europe? No, except in Spain