For more than a year, the organizers of the petition have had a problem with the current traffic situation at one of the busiest intersections in Prague, IP Pavlova. They are therefore proposing a set of transport measures by which they ask the elected authorities to verify the assignment of the traffic study and measure the air quality and noise level in the IP Pavlova Square location and neighboring streets. Among other things, the petition plans to unify the municipal TSK, IPR and the Prague 2 town hall, so that the whole place can be adapted to the residents of Prague 2.

The petition specifically mentions the problematic intersection on IP Pavlova. According to the Accident Portal, supported by the Damage Prevention Fund and in close cooperation with the Czech Insurance Agency (ČKP), there are 3 of the 10 worst intersections in Prague. The second worst intersection in Prague is supposed to be the intersection of Ječná and Sokolská streets. Over the course of two years, it was demolished a total of sixty times.

The sixth place was taken by the Ječná and Legerovy intersection with 45 accidents, and in tenth place is the slightly higher intersection of Žitná and Sokolská streets with 33 car crashes in the last two years. “Through this intersection per day for 660 trams in one direction, which during the current average working day represents approximately 127,000 passengers,” says Josef Platil, a member of the petition committee.

In addition, it is said that the connection from Ječná to Legerova, which blocks tram traffic in both directions, requires traveling along Ječná Street and stopping for drivers at two traffic lights. Further on, at the IP Pavlova intersection, three traffic lanes lead into the street, the track traffic to cross with tram and pedestrian traffic. “At the same time, this connection also represents a very one-sided and disadvantageous use of IP Pavlova Square for the residents of Prague 2,” adds Josef Platil.

Big plans of the municipality

Currently, the entire North-South highway, leading through IP Pavlova, is to undergo a fundamental transformation. According to the Institute of Planning and Development, city-wide potential is “dormant” in it, but at present it only fulfills the function of a traffic artery. Therefore, on the basis of the assignment of IPR, the renowned Danish office Gehl Architects came up with the concept of the development of the highway. “The vision of the highway sounds clear and confident – connecting the city street,” it stands on the IPR website. The project is in the study phase, work on it began in 2016.

“It must be added that the Prague 2 district strives for the overall humanization of the North-South Highway (SJM), possibly for its at least partial subsurface management and improvement of traffic in the adjoining area of ​​Vinohrady – Nové Město, for a long time,” Prague 2 press spokesperson Andrea Zoulová tells Bleska.

It is said that the town hall expressed its position in, among other things, comments on many documents, for example on the proposal of the Metropolitan Plan, principles of territorial development ch. m of Prague, reports on the Management Plan for the Protection of the World Cultural Heritage of the Historic Center of Prague and so on.

“The capital city of Prague is constantly assured of the unbearable situation and the enormous traffic burden in Prague 2, even in resolutions, letters and at thematic meetings,” says the press spokesperson. Prague 2 also had traffic engineering analyses, traffic studies, proposals for calming and ecological traffic solutions drawn up. “And it was the City Hall of Prague 2 that over time enforced the narrowing of traffic in Legerova Street,” I add in conclusion.

Green Deal for Europe. What is it and how does it help with environmental degradation? Videohub 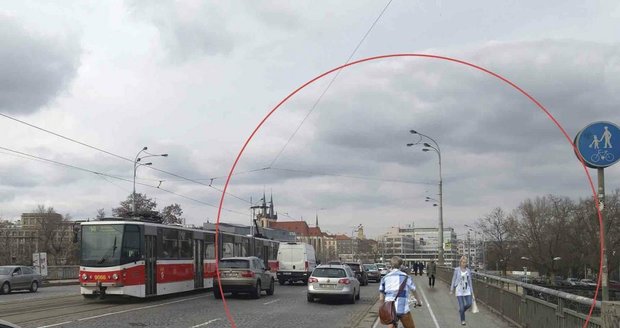