Innsbruck West and Schönwies/Mils keep a clean sheet in Reutte and Landeck – Fußball Tirol – Results, tables and goal scorers from all leagues in Tirol. 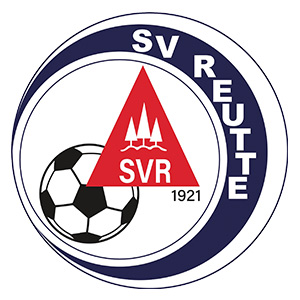 Five teams have not yet lost a point after the second round of the Landesliga West. Head of Längenfeld, Umhausen, Innsbruck West, Schoenwies/Mils and Haiming. SPG Innsbruck West safely gets a 3-0 win SV Schweiger Reutte and FC Schönwies/Mils also had no problems winning 3:1 at SV Landeck. In the next round there will be a duel between SV Haiming and SV Längenfeld on Friday, August 12th, 2022 from 7:30 p.m. At least one team will lose the clean sheet after this game.

dr Gerald Pinzger, deputy chairman SV Schweiger Reutte: “The young team from Reutten didn’t stand a chance in the game against SPG IBK West, which was playing with numerous newcomers, and quite rightly lost the game at this level. The failure of the entire midfield – Bader, M. Bosnjak, Caner – could not be compensated. After just four minutes, the visitors were 1-0 after a penalty – Ramo Buljubasic converted. Shortly thereafter, the guests made it 2-0 through Mario Rimml after a quick counterattack. As a result, Reutte also had two great chances, which unfortunately were not exploited. So it went with a deserved leadership of the guests in the dressing room.

In the second half, our team managed to get the game under control a little better. However, the guests always remained dangerous with quick counterattacks. The third goal resulted from a defensive error, Marc Rimml with goal number two.

Conclusion: well-deserved victory for the guests. The chosen path with local players – without payment – needs time and patience. In addition, the injured regular players are very difficult to replace. Nevertheless, one can be satisfied with Reutte’s performance – against a very strong opponent that day!”

Dominant performance by Schönwies/Mils in Landeck

David Lechner, coach FG Schönwies/Mils: “My team started very committed and took command. Consequently, the 1:0 through a penalty. Daniel Fischnaller fell off his feet after dribbling on the goal line and converted the penalty kick that was due dry. My team kept up the pressure and, after a nice combination of goals by Lukas Schnegg, was able to make it 2-0 in the 14th minute. From the 35th minute, the players were balanced, Landeck was able to score the first goal through Marco Ladner. My team then missed the best chances. In the second half a game on one goal. Again Daniel Fischnaller, he was able to push in to make it 3:1. It was a one-goal game in which we should have scored five or six more goals. But the well-deserved 3:1 success remains.”