The strength of NBA players in the European Championship: Serbian losses and where will Lithuania line up?

Although there may still be minimal changes in the composition – late additions or unexpected departures – France currently has the largest delegation of NBA players (5), followed by Germany (4).

Ignas Brazdeikis moved to “Žalgiris” Kaunas, so Lithuania will be represented by two NBA players. Thus, according to this indicator, the national team of our country will lose to eight teams in the European Championship.

Lithuanians remember very well Mirza Teletovići, who in 2013 threw long shots into the basket of the national team from the car park, but now Bosnia and Herzegovina continues to be led by another star. 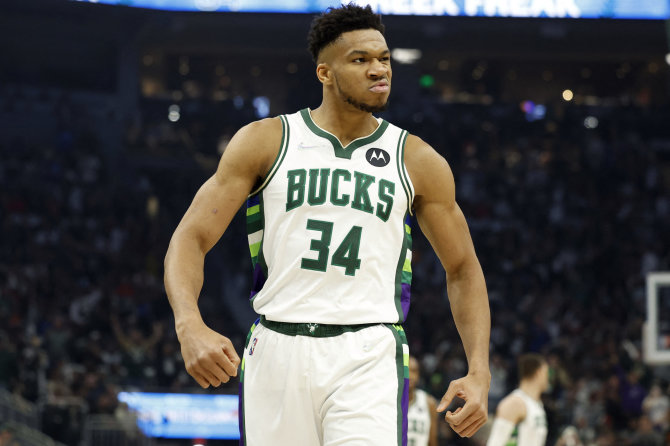 He missed the 2017 European Championships due to a knee injury. 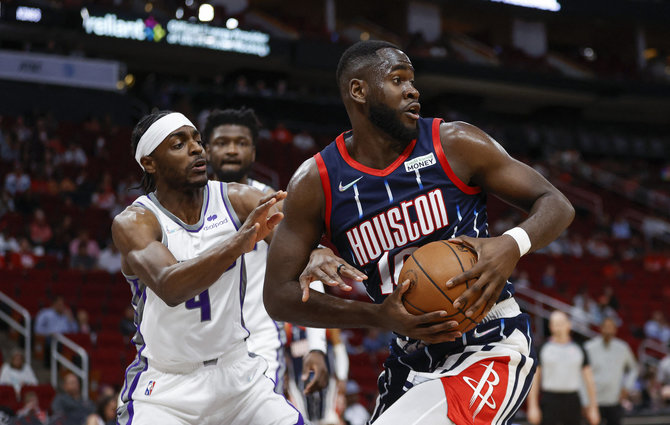 Spain is going through a generational change, with Ricky Rubio out of the tournament due to injuries and Sergio Rodriguez, Pau Gasol and Marc Gasol retiring from the national team. 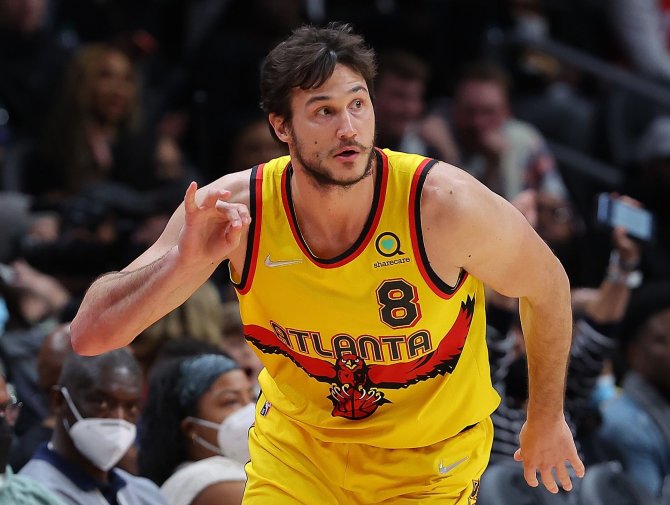 Italian Paolo Banchero became the first pick of the 2022 NBA draft, but we will not see him at the European Championship.

Danilo Gallinari (33 years old, 208 cm) and Simone Fontecchio (26 years old, 203 cm) are the only NBA basketball players who represented the Italian national team in the championship of the Old Continent.

Fontechchio spent his previous stint with Vitoria-Gasteiz Baskonia, but joined forces with the Utah Jazz this summer.

And the biggest Italian basketball star D. Gallinari has been competing in the strongest league on the planet since 2008.

Playing the group stage at home, the Italians enter the tournament in high spirits, having finished fifth at the Tokyo Olympics, Italy’s best result in 18 years. 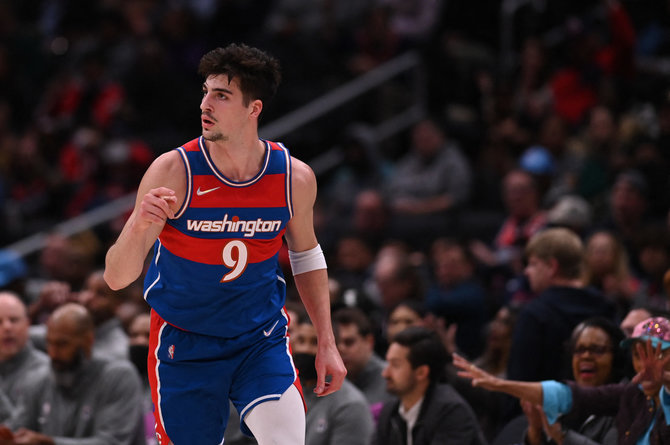 Injured Omri Casspi announced the end of his career in the summer of 2021, and Deni Avdija became the best basketball player in Israel.

The 9th overall pick in the 2020 NBA draft has shown more NBA presence, averaging 8.4 points, 5.2 rebounds and 2 assists per game. 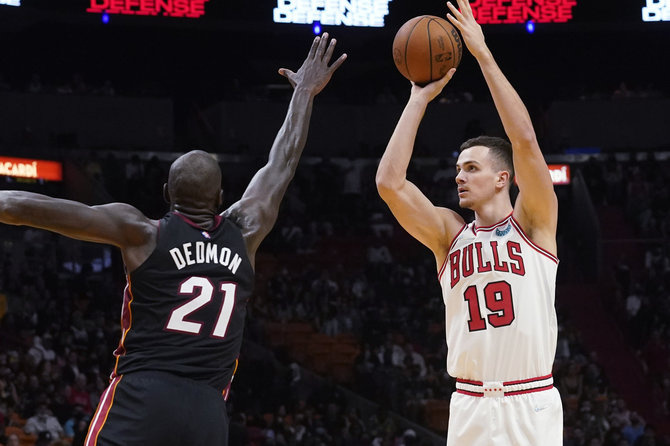 The biggest star of Montenegro, Nikola Vucevic, will not play in the European Championship, but we will see another Montenegrin of Chicago Bulls, Marko Simonovic, in this tournament.

The 44th pick of the 2020 NBA draft made his debut in the NBA last episode, but his role was played by the 211 cm high point guard in 9 games, in which he recorded 0.9 points. 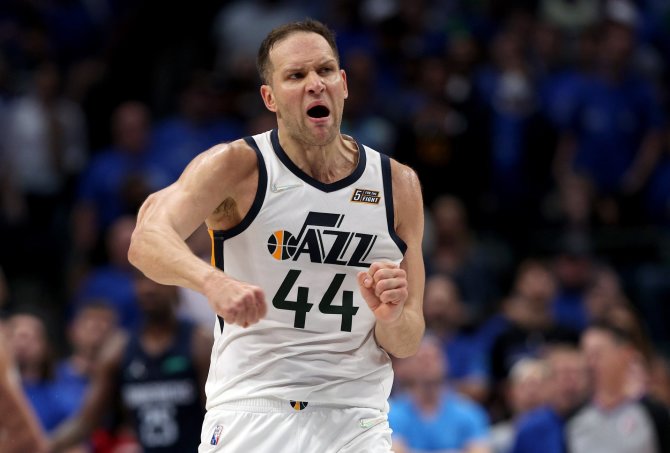 The Croatian national team’s NBA delegation is one of the strongest. Three players who have roles in teams across the Atlantic – Bojan Bogdanović (Utah Jazz), Dario Šaričius (Phoenix Suns) and Ivica Zubac (Los Angeles Clippers). 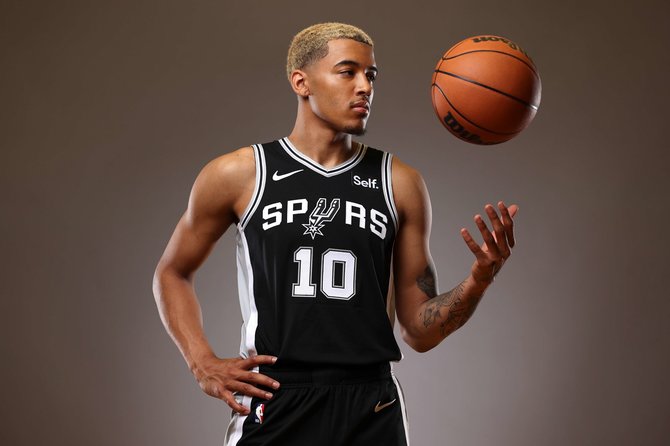 The era of Marcin Gortat and Maciej Lampe is over, and the eyes of Polish fans are turning to Jeremy Sochan.

The 19-year-old, 206 cm tall, born in the USA, chose to represent Poland because his mother is Polish.

J. Sochan made a resounding debut in the national team – the 17-year-old became the youngest debutant, and scored 18 points in the first match of the European Championship qualifier against Romania.

He was selected by the San Antonio Spurs with the 9th overall pick this summer. 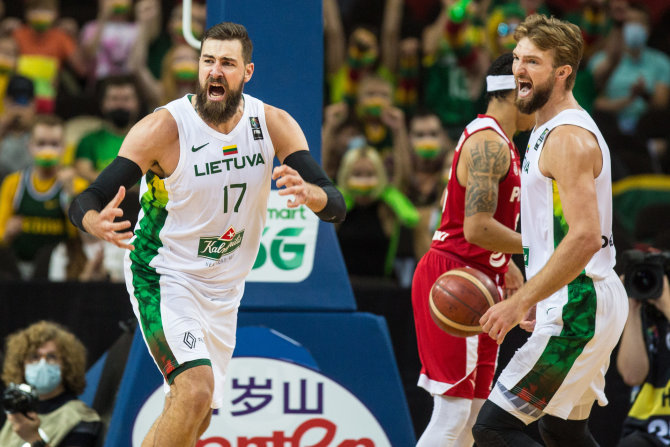 Ignas Brazdeikis chose the offer of Kaunas “Žalgiris”, so the number of Lithuanian NBA players narrowed down to two – Jonas Valančiūnas and Domantas Sabonis. 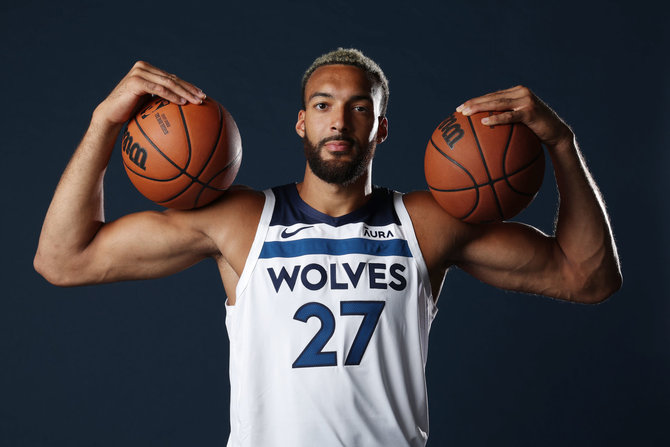 The widest list of NBA players is in the French national team – five basketball players.

The most famous name is Rudy Gobert, who moved from the Utah Jazz to the Minnesota Timberwolves in the summer, and was recognized as the league’s best defensive player three times (2018, 2019 and 2021).

He will be assisted by Evan Fournier, who always shines in FIBA ​​tournaments, who scored 14.1 points in the last NBA game. 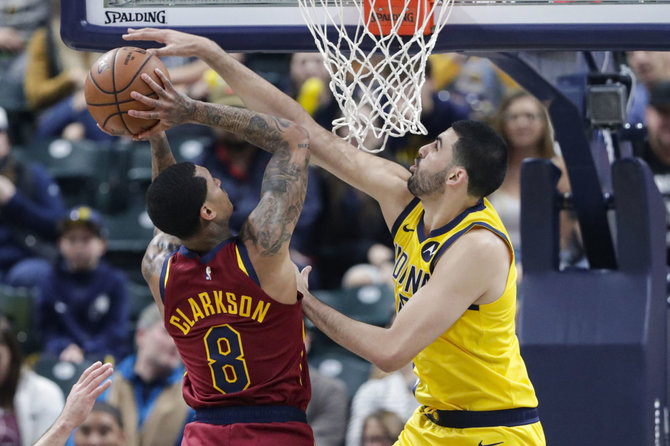 Sakartveli’s list of NBA players can expand to three, as Tornike Šengelija seeks to return to the strongest league in the world.

Now they have two – Goga Bitadze and Sandro Mamukelašvili. 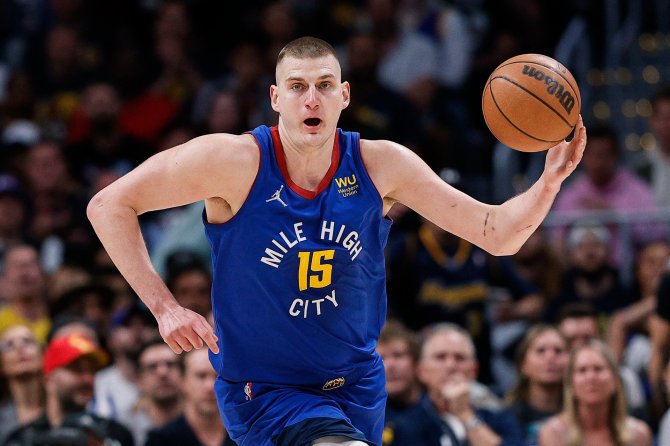 European silver medalist Serbia currently has five players in the NBA, but Boban Marjanovic and Bogdan Bogdanovic will not be on the mat, as will Nikola Jovic (Miami Heat) and Aleksei Pokusevski (Oklahoma City NBA), who were not released by their clubs .

However, the national team’s honor will be defended by the main man – the MVP player of the last two NBA seasons, Nikola Jokicius.

27.1 points scored, 13.8 rebounds and 7.9 assists – these are the indicators of the Denver Nuggets in the last NBA season. 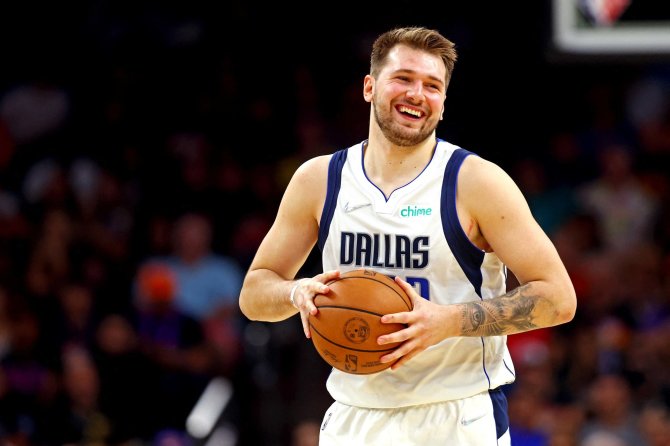 Slovenia, which is defending the title of European champion, will field the main three – Goran Dragic, who has already announced his retirement from the national team, Lukas Doncic, the main guide and NBA player Vlatko Cancar. 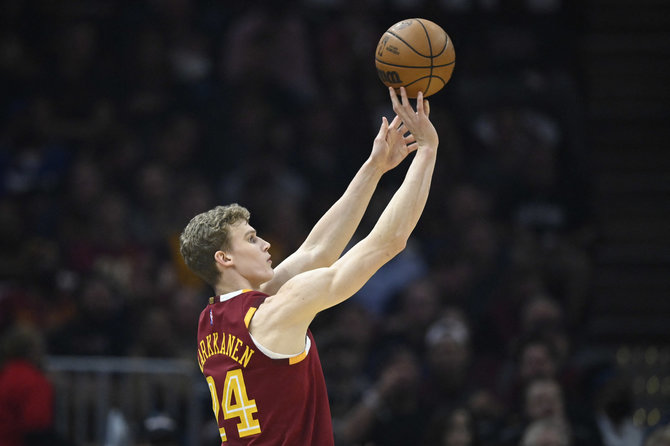 The following Finnish basketball players have played in the NBA during history – former Zalgiris player Hanno Mottola, Erik Murphy and Lauri Markkanen, who is still playing.

It is this 25-year-old 212 cm tall man who is considered the best Finnish basketball player of all time. 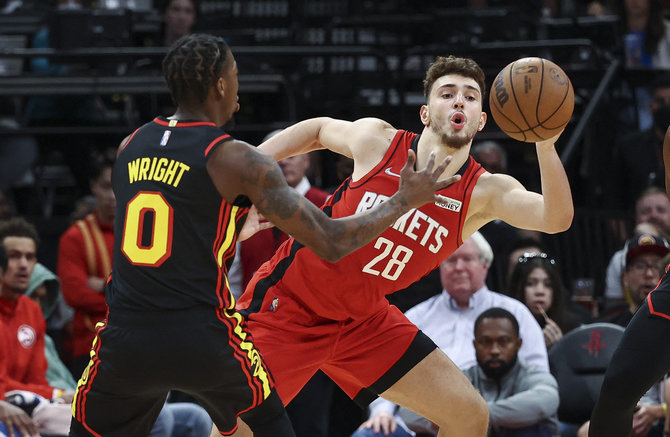 In Turkey, the hope of the fans has raised the players, which will include three NBA players – Cedi Osman (Cleveland Cavaliers), Alperen Šengun (Houston Rockets) and Furkan Korkmaz (Philadelphia 76ers).

According to this indicator, the Turks are inferior only to the French (5) and the Germans (4).

Omer Yurtseven (Miami Heat) left the national team at the last moment, having decided to use the off-season for rest and individual work.

The highest hopes are associated with A. Šengun, who recently celebrated his 20th birthday, who recorded 9.6 points, 5.5 rebounds and 2.6 assists in his debut NBA season. 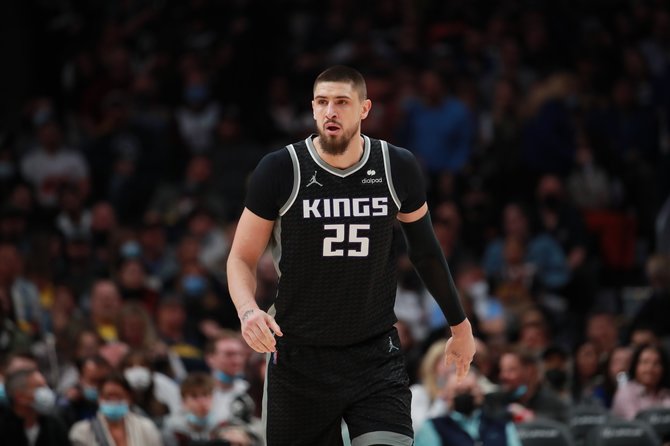 Ukraine, devastated by the Russian war, is participating in the European Championship, and two NBA players should be on the floor there – Domantas Sabonis’s teammate Alex Len and Toronto Raptors forward Sviatoslav Michailiuk. 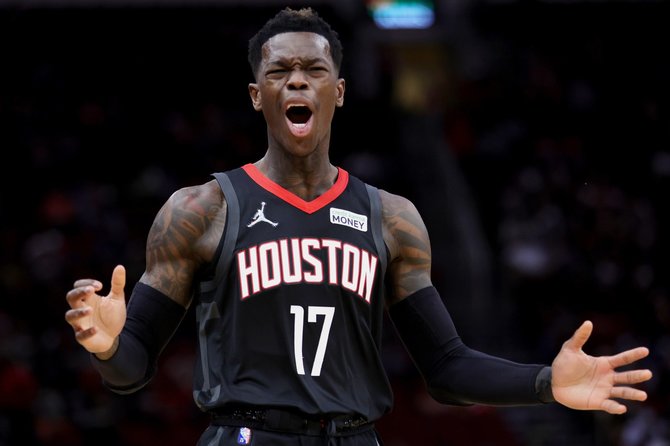 Germany, the host of the tournament, would delegate the second largest number of NBA players – 4.

Dennis Schroder (no club), Daniel Theis (Indiana Pacers) and Orlando Magic brothers Franz and Mortiz Wanger will be the Lithuanian rivals in the city of Cologne.

Lithuania (and Europe) the highest post in the UN telecommunications company Politico.