The Albanian writer, who is working on a new novel in the city, was enchanted by Debrecen

Debrecen – She loves goulash, and her favorites include Magda Szabó and Petőfi. Ag Apolloni spends a month in Debrecen.

The writer came to our morning meeting at the Nagytemplom wearing sunglasses and in a cheerful mood: Ag Apolloni from the Writers’ Residence in Debrecen came to the conversation from a bourgeois house on Zöldfa Street. Although the Hungarian language is very difficult for him, he pronounces the name of the street skillfully and intelligibly, and then turns to Nagyerdő and the artists who worked in the city in the past: it is noticeable that the interested author from Albania, with whom we spoke in English, knows Hungarian culture well.

Ag Apolloni likes to roam the streets of Debrecen

The Kosovar Albanian writer applied for a scholarship from the Petőfi Cultural Agency after a friend told him all the good things about his creative period in Pécs. The author, known both as a playwright and a journalist, arrived in the city on July 15 and will return to his country on August 10.

In almost a month, he filled up with great experiences, creating, immersing himself in culture and having fun all fit into his time.

– I like to wander around the city: I’ve been to Petőfi’s statue before, and many old memories came back to me. When I was a child, I read the poet’s book of poems in the city library, and these lines really stuck with me: For my love I sacrifice / Life, / For freedom I sacrifice / My love – recalled the writer-poet in the city center over a coffee. Apolloni was impressed not only by the poet’s poems, but also by his life journeys: about this and his days in Debrecen He posts on his Facebook page regularly the author.

Apolloni knows the work of Imre Kertész and Attila József, but he also really liked Magda Szabó’s novel, The Door: he visited the writer’s statue in the main square and the memorial house erected in her honor, but also visited the statues of Lőrinc Szabó and Endre Ady, as well as the Memorial Garden, among other things. The nature-loving writer loves to show photos taken in the city on the terrace of the cafe.

The creator, who is also experienced in theater circles, also got a taste of the atmosphere of the Debrecen Festive Games: last week he saw Mozart’s masterpiece, The Magic Flute, in the heart of the Great Forest.

Apolloni was impressed by the performance in Hungarian with English subtitles, praising the visuals, the sound and the actors.

– The time spent in Debrecen has an inspiring effect on me: several elements of the city appear in my upcoming novel – revealed the writer, who is currently working on a postmodern fairy tale intended for adults. The nearly 140-page short novel will be a version of Little Red Riding Hood and the Wolf, in which the Kosovo war experienced by Apolloni and the violence against women will also play a role.

The work progressed during the weeks spent here, according to the plans, the author’s new volume will also be available at the end of September.

Although he has not yet published a work in Hungarian translation, it is hoped that this short novel will also be read in Hungarian: the initiative would be exciting if only because of its aspects in Debrecen, I suggest, and Apolloni approves. 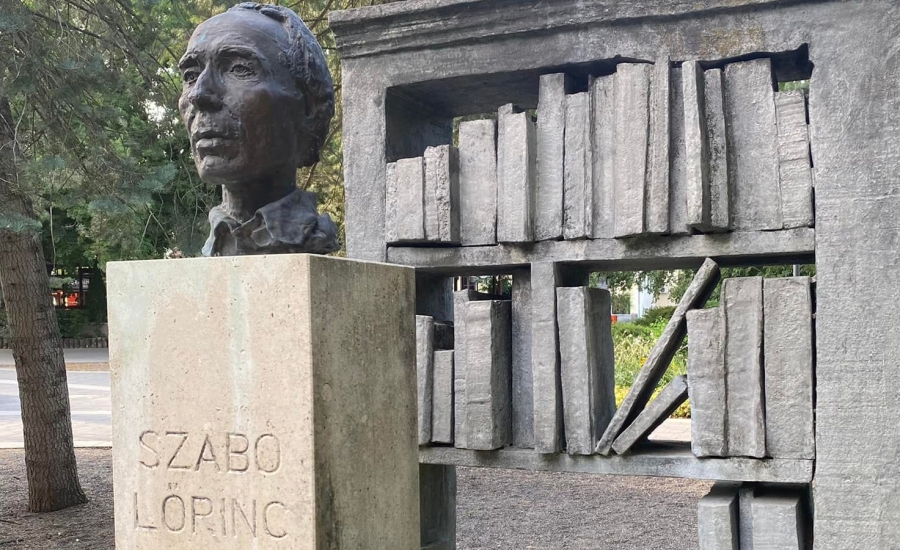 In addition to Hungarian literature, the writer is also fond of local dishes: his favorite is goulash soup, and he also tried beers when he was more immersed.

The chimney cake and lángos mentioned as offers particularly attracted interest, so he will definitely try them, he added.

Apolloni revealed that he plans to take it to Budapest, he would primarily return home: for him, as a childhood memory in the capital, he recalled what it was like to cross the big river when he was a child on his way to Germany with his family. He also does not consider it impossible that he will return to our country in the future, because he was very impressed by the local atmosphere.

The representative of the DK parliament makes a false statement about the battery factory in Debrecen – Debrecen news, Debrecen news | Debrecen and Hajdú-Bihar county news