The whole country is now in the green zone

MORE: The week of the coronavirus: The moment of the end of the wave is near

Ombudsman Diana Kovacheva sends a recommendation to the office of the Minister of Health, Dr. Asen Medzhidiev, in which she insists on…

Active cases are increasing and there are already 26,448, which is 129 more in the direction of the previous report. According to an expert, the huge drop in early July, when active infections fell by around 90,000 in two weeks, is explained by the fact that there have been many unreported recoveries in the past two years and especially during the peaks of the previous waves, when the regional RHIs were extremely busy, due to which the real numbers are not taken into account, and now this indicator is being corrected.

There is also an increase in the number of hospitalized persons, as they already are 1073 – by 7 more on a daily basis (172 were admitted to hospital, 165 were discharged). For comparison, during the worst days of the pandemic in October last year, more than 7,200 patients were treated in hospitals. Patients admitted to intensive care units are 48 – with 8 fewer on a daily basis. It is the occupancy of intensive care beds that is one of the main criteria for tightening the measures in our country, and not, as before, the number of infected persons or active cases.

MORE: India’s new Omicron variant could be coronavirus’ next step to becoming a whole new virus

Petar Velkov joins the “You decide” initiative, which supports the payment of an informed decision about a vaccine…

In this regard, the Unified Information Portal presents data on the occupancy of intensive care beds in the fifth cluster. After about two months of relative calm in which the entire country was at Stage 0, individual districts began to return to the green zone. As of today, Region 1 (areas around Sofia) returned to Stage 1, after which they had entered the yellow zone. Due to the reduction of the load in the intensive sectors, from March 21 the green certificate was dropped completely. The governing coalition has lifted the state of emergency, but you preserve the right of the health authorities to introduce basic anti-epidemic measures. With the increase in cases, some of the measures, such as the wearing of masks in hospitals and pharmacies, will be reintroduced – for example, in Sofia from July 19 this is valid, together with the recommendation to wear the mask in public transport as well. However, on July 14, Prime Minister Kiril Petkov confirmed that at this stage there is no need to introduce a serious measure to increase cases, mainly due to Omicron’s BA.5 subvariant. 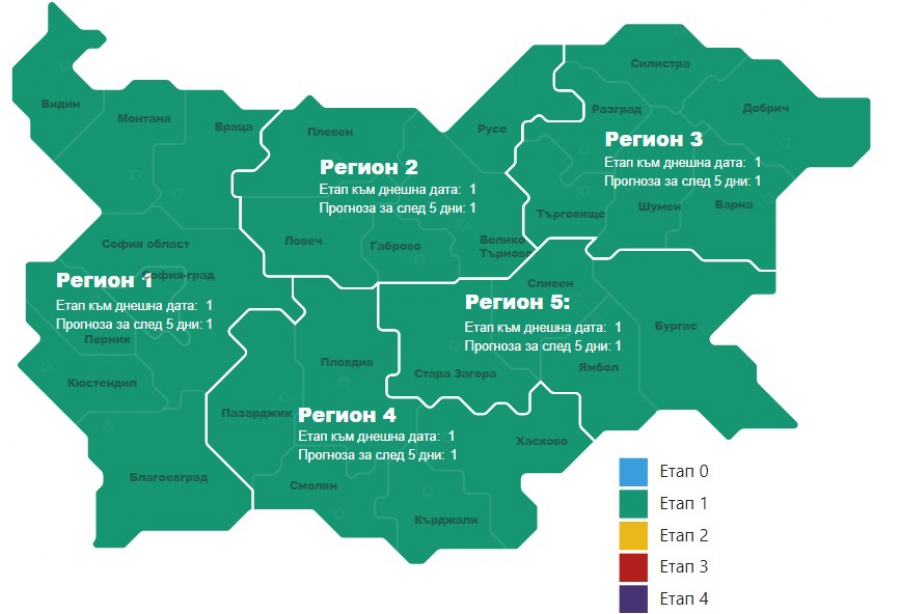 1,432 people have been identified at last count and their total number it is now 1,152,614. For the last day there are 5 new starters – 1 less after you had 4 victims on Wednesday. This is the number of people who have lost the battle with the virus in Bulgaria 37,429.

A total of 25,247 medical personnel are among the official cases of coronavirus, i.e. with 25 more on a daily basis. They are under quarantine 15,391 souls, noting that they are 11,057 fewer than the currently active cases. Information on the number of people quarantined due to COVID-19 is available here, although according to the Ministry of Health it is not public. It is the number of quarantined persons that should be taken as a guide compared to the real number of active cases in the country at the moment.

“Although seen primarily as a respiratory problem, COVID-19 can affect a number of organs, including those of a guest…

MORE: With the covid wave already underway, the state is seeing what’s causing it and is starting to warn

From June 27, anyone who wishes can take a second booster dose. It should be done at least 4 months after the first booster for a person whose completed vaccination course is a two-dose vaccine. All persons aged 18 and over who wish to receive a therapeutic booster vaccine against COVID-19 can be included in the vaccination points of the RZI, the offices of general practitioners, as well as in hospital and outpatient medical care facilities.

Since the start of the introduction of covid vaccines in 2021, 91.94 percent of hospital admissions are unvaccinated. As for those in need of intensive treatment, the percentage is even higher – 96.99%, according to the data on the plusmen.bg portal.

The most cases in the last 24 hours have been rediscovered in the city of Sofia – 300, followed by Burgas with 133. In Smolyan and Targovishte there are the fewest registered infected – 10 each.

New anti-epidemic measures come into effect in Sofia from today for 15 days. Masks become mandatory for indoor public places such as le…

Serbia warmed up for Bulgaria with a quick win over Canada

Bulgaria condemned the referendums in Ukraine before the UN