We are losing our breath. Economists have shown the reality of the standard of living in Slovakia, we are not catching up with the West, but we are falling – People – Economy

Slovakia is no longer catching up with the standard of living of the European Union average. Just a few years ago, it was the other way around, and the country was catching up with the most advanced countries of Western Europe. However, new data from the workshop of the National Bank of Slovakia (NBS) show that the standard of living has fallen compared to the EU average.


“He needs to accelerate reform progress. We are no longer catching up with advanced economies either in terms of gross domestic product growth or purchasing power. This is then reflected in our positions in competitiveness,” Branislav Reľovský commented with these words a few days ago on the new NBS recalculations of the living standards of the leading departments of fiscal and structural analysis.

The pandemic has also deepened the lag. “The relatively higher impact of the pandemic on Slovakia’s economy accentuated the slowdown in catching up with the most advanced EU countries,” say the economists in their analysis of structural challenges. 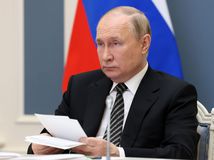 Read more We have European prices, salaries not even close. Dependence on Russia can hurt Slovakia even more

Already in the period before the pandemic, the Slovak economy was losing steam and catching up with the economic level of the European Union almost stopped. “It’s like this model is losing its breath. In recent years, we have seen that our standard of living has stopped approaching that of the European Union. This is a very serious challenge for policymakers to do something about it,” said NBS Chief Economist Michal Horváth.

Economists most often use the indicator of the development of gross domestic product (GDP) per person converted to purchasing power parity to express the standard of living. It is an indicator at the international level, which takes into account different prices in individual countries. NBS economists drew attention in the publication to problematic data that the Statistical Office and Eurostat have been using since 2015 (blue axis on the graph). That’s why they recalculated and adjusted them and found that Slovakia still lags behind (red axis).

The persistent economic backwardness of Slovakia can be seen in several areas, analysts continue in their comments. “Without the methodology, the long-term lagging behind the European average is significant. Low productivity remains a challenge, which translates into relatively lower employee compensation and disposable income. Low incomes lead to a certain level of consumption compared to the EU 27,” the economists state. In the case of prices, the European average will catch up more quickly.

This year and next year, the bad news for people is not over yet. high inflation works. It will also outpace salary growth, which will result in a decrease in the purchasing power of money. Better times will dawn only in 2024, when inflation should slow down significantly. However, everything will depend on the outcome of the war, which was unleashed by Russia falling on Ukraine.