When the first proposal for the reconstruction of this park appeared in 2014, the reaction of residents not only from the immediate vicinity was negative. The cutting down of trees, the uprooting of bushes or pools with jets and islands, as well as the considerable costs of their maintenance, were a problem. People signed a petition, the original proposal was dropped and a new one was created. “The restoration of the park is very moderate and is a reflection of twofold thorough participation with the citizens, it will be done without interventions in the greenery,” explains the deputy mayor for territorial development Jakub Stárek (ODS).

The park is part of the continuous green belt, which was already proposed by Professor Antonín Engel during the regulation of Dejvice and Bubenč. Although it has been completely completed, unfortunately it is not a quiet place to relax, nor is it possible to walk through the greenery. At present, the park of General Cárdenas del Río is crossed by several sidewalks and wider paved areas that are in very bad condition – cracked, partially overgrown with grass.

However, I am about to change. “The project is now ready for implementation, it has a building permit and the tendering process for the construction contractor is more or less close to completion,” Jiří Hannich, Prague 6’s tik spokesman, tells Bleska.

No one will experience big and revolutionary changes. It is not so much a reconstruction as a renewal and improvement of the current state. The goal is to preserve the park as a place of greenery in the center of the city and to improve the conditions for spending free time here. The park will therefore get newly modified and high-quality park paths, paved areas with new surfaces, intended mainly for children’s games, and a water feature.

Twenty water jets will grow, spraying to different heights or functioning as a nebula. “The charm of the park is in its simplicity and grassy areas. Improvements in the form of surfaces are enough,” says representative Martin Polách (ANO), who starts preparing the project as deputy mayor at its beginning.

If nothing unexpected happens, the restoration of the park will begin this year. “We assume that the work itself will take place in one stage and will last approximately half a year. The operation of the park will be limited during its reconstruction,” adds the press spokesperson. However, he believes the wait will be worth it. A dignified place to relax and spend free time should be created.

How about a visit?

People walking their dogs in the greenery of the park remain skeptical of the new reconstruction. “Although the connecting paths through the park will be restored. But if the city hall canceled the sidewalks along the park and made one right in the middle of the green, it would be better,” I think Milos. In addition, he would prefer paving over asphalt. According to him, the previous plan from 2014 was nonsense. Another visitor to Petra Park agrees with his opinion. “Revitalization is cool. But it must have a head and a heel. The previous proposal was nonsense,” he claims. They are mainly afraid of how long the park will be closed. 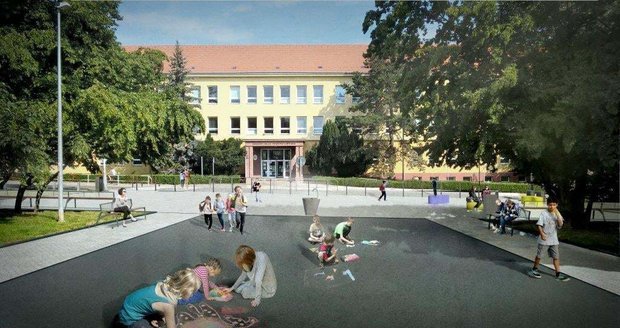 ‹ Toulouse against Clermont: a Ligue 1 football poster in Aurillac › The Russian Museum has launched a guide to the Vrubel exhibition for the visually impaired. Narrators are also blind people