Four Grenoble residents by bike from Grenoble to Annecy, for a three-day journey

In front of the steps of the Hôtel de Ville, four young people accompanied by two referents set off at 9:30 a.m. on a bicycle tour. It ends three days later in Annecy. An adventure that is part of the Émergences project aimed at making these young people used to public transport more aware of cycling. “The young people will discover themselves while riding, challenge themselves and surpass themselves over the kilometers”says Nora Wazizi, head of the Emergences project.

From left to right: Lucas, Malek, Coline and Eymeric, the young people taking part in this adventure with Bilal (left) who will follow them in a van. © Benjamin Houry – Place Gre’net

The first portion, over a distance of 90 kilometres, took them to Albertville, with a visit to the Conflans museum. “Albertville, Grenoble, for this 4e edition, we wanted to offer an Olympic tour for young people combining sport and history »says Amin Boucireb, head of the youth center at the MJC Anatole and guide on the journey.

The second portion of 45 kilometers along the lake to finish in Annecy. To do this, the group alternates between cycle paths and departmental roads. “And in case of delay, we take the highway”, quips Amin. On arrival, they will be welcomed by a city deputy and young people from Annecy for a guided tour. 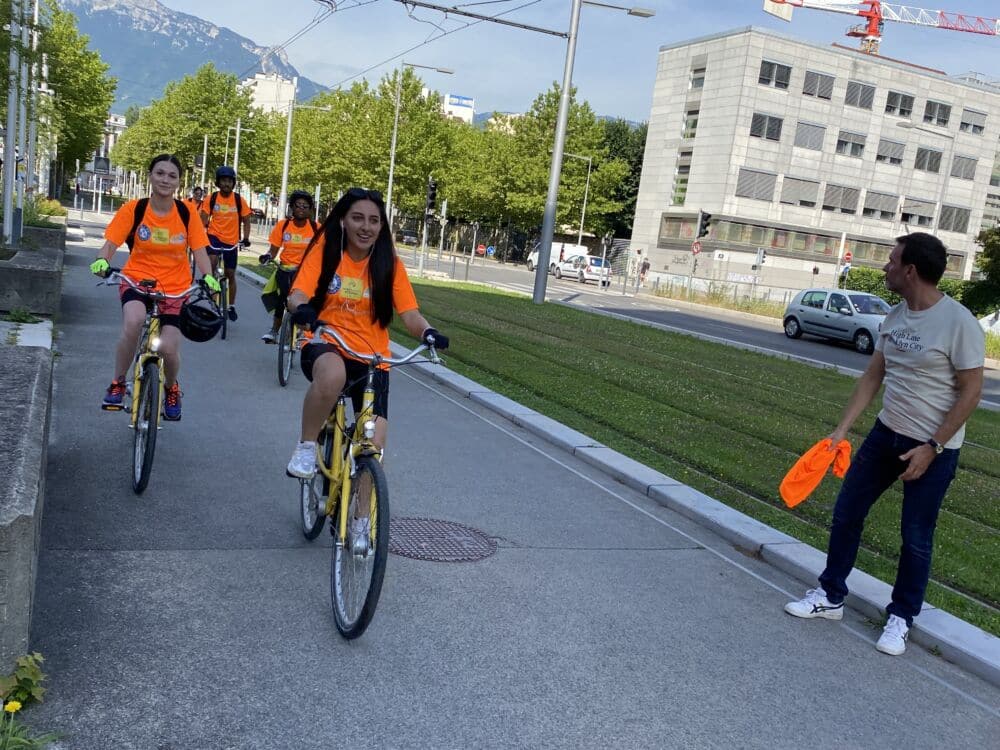 The young people and their companions set off on their bikes to Annecy, with Nicolas Kada, deputy mayor in charge of social action. © Benjamin Houry – Place Gre’net

The young people and their companions set off with Nicolas Kada, deputy mayor in charge of social action. Within this MJC, Amin Boucireb follows young people all year round and such projects are a real boon for his protégés. “Some young people have a bumpy life course with interruptions in schooling and can write on a CV, “did a Grenoble-Annecy by bike”, can be a first step towards professional (re)integration. »

An adventure that ends with a return by TER unless the brave decide to repeat the 135 kilometers in the opposite direction! The progress of their adventures can be followed on emerging social networks.

his meal in the old town ends in the cell

‹ The PSD at the forefront of a more eco-sustainable Republic of San Marino › Europe fell, Budapest went with it