For the past few days, visitors have been able to admire 600 square meters of Renaissance frescoes, discovered in 2015 under the painting of the main courtyard of the Palace of Monaco. Priceless and exceptional works, which date from the 16th century and which are revealed centimeter by centimeter.

Discovering a Renaissance treasure. A few days, in Monaco, visitors can admire frescoes discovered in 2015, long hidden under the painting of the main courtyard of the palace of the Principality of Monaco. The place has just reopened its doors, after two years of closure.

A work of 600 square meters

“We scratch centimeter after centimeter to free the sofas with a scalpel”, explains Christian Gauthier, in charge of the restoration of the palace. He has followed the work since day one and has seen the fresco unfold, millimeter by millimetre.

“The work is more than 600 square meters and required an enormous duration of work. What we see is about 75% of the original fresco from the 16th century”, adds the specialist. “And we are under the famous gallery where we see the Twelve Labors of Hercules.”

From the gallery of Hercules to the throne room, the public can now contemplate these priceless frescoes. “We are in a Renaissance setting. It is exceptional today to discover such a surface of frescoes dating back to the 16th century. Obviously, it is a police investigation, because we immediately wonder what is represented, who painted them … We only have bundles of presumptions”, underlines Thomas Fouilleron, historian of the palace of Monaco. 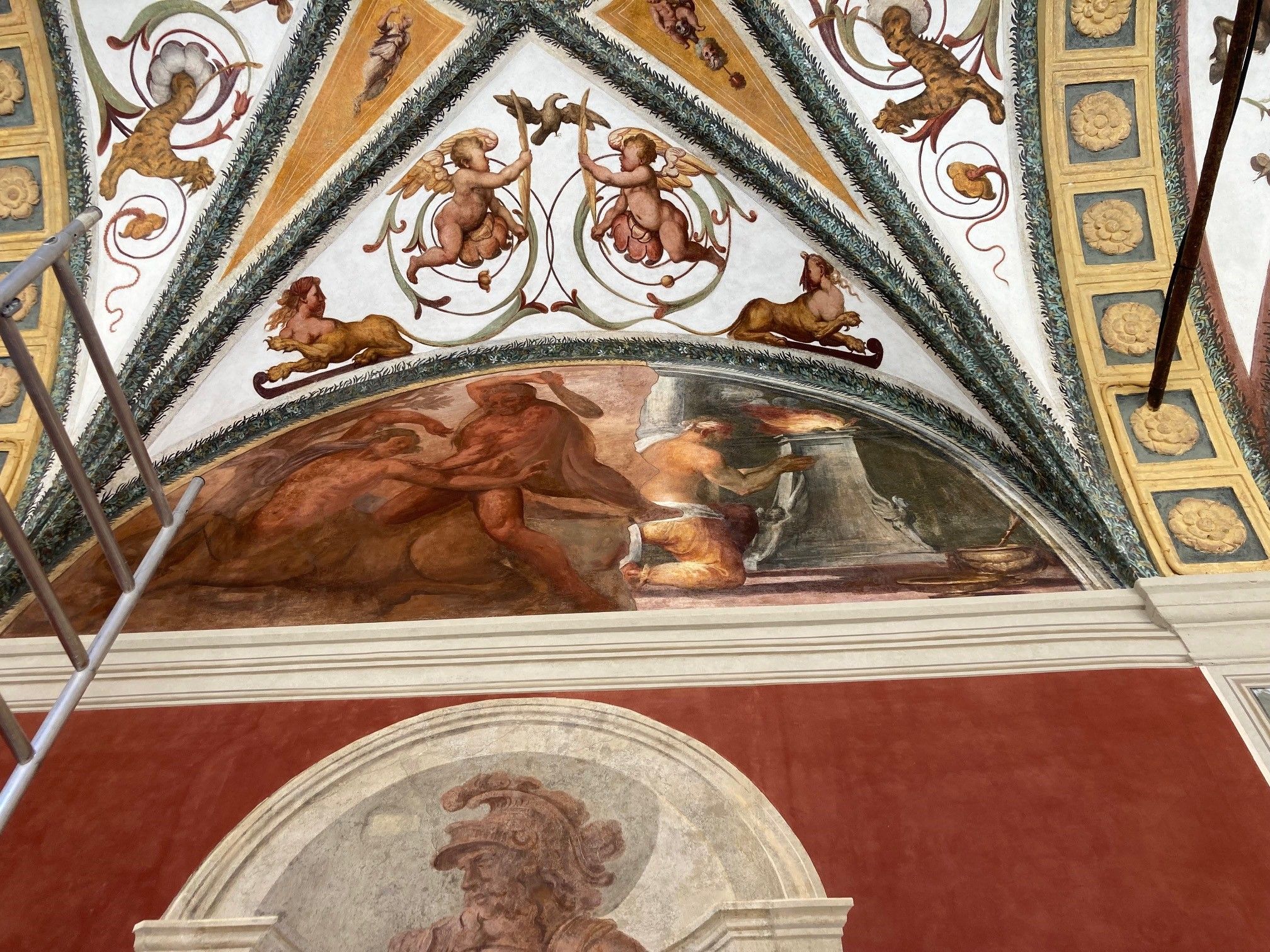 A palace that still has secrets to reveal. An intact fresco was discovered by drilling a false roof. A treasure hidden in plain sight for several hundred years.

‹ Would you like to rent an office in Germany? Then think of Berlin | free press › A new health center will be established in Vranovice. In the former library building