The Region of Andorra-Sierra de Arcos does not have as many names as other regions in the province, but it is home to very attractive places

Text by Armando Cerra – Images of Tourism of Aragon

The CIAR “Antonio Beltrán” of Ariño is the epicenter of the Martin River Cultural Park, a dynamic figure for the protection of our natural and cultural heritage that we have already told you about. And although distributed by the Cultural Park there are several interpretation centersthe one in Ariño keeps all its essences, since it is dedicated to the rock art designed by the shelters and caves of this part of Teruel.

Lovers of Prehistory here are going to have a great time. They will learn how our ancestors lived, how they painted, hunted or dressed. A virtual journey thousands of years back that catches adults and adults. And as if that were not enough, it also organizes workshops and instructions on, for example, shooting an arrow or painting. By the way, it bears the name of Professor Antonio Beltrán, a true reference in cave art studies in Aragon and Spain. 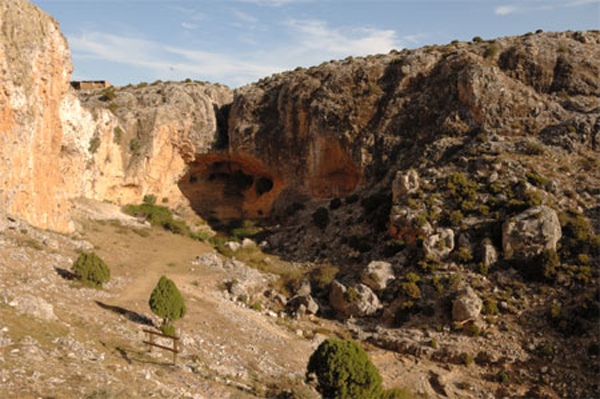 The CIAR of Ariño is a essential visit in the Region of Andorra-Sierra de Arcos, but it would not be complete if one of the hiking routes that lead to the cave shelters where these paintings are preserved several millennia old is not done. The entire Parque Cultural del Río Martín is full of paths, but possibly one of the most spectacular is the one that leads to the Barranco del Mortero in Alacón.

It’s a beautiful place with its spectacular cliff where the water jumps in the form of a waterfall, as long as the rains are a little abundant. A natural wonder full of photogenicity that prehistoric men already enjoyed, who chose it as their home and refuge. In fact, it is considered an authentic prehistoric sanctuary due to the cave paintings that hide in the rock. 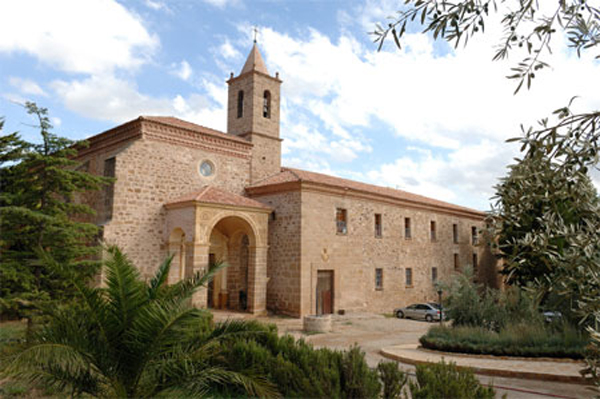 Not all the historical and artistic heritage that can be visited in the Andorra-Sierra de Arcos region is of a prehistoric nature. Also there are attractions from closer times. A wonderful example of this is the Monastery of Santa María del Olivar, located about 4 kilometers from the town of Estercuel.

It is a site loaded with art. Not only because of its 16th century church in the Aragonese Gothic style or the Mudejar elements, and even the Baroque parts of the convent. Besides that, there is an important collection of portraits of friars made by the painter Nati Cañada. Or the image of the Virgen del Olivar was made by an internationally renowned Teruel native like Pablo Serrano, born in Crivillén, very close to here. Not to mention that Tirso de Molina stayed in this monastery and between its walls he wrote his work The Lady of the Olive Grove. 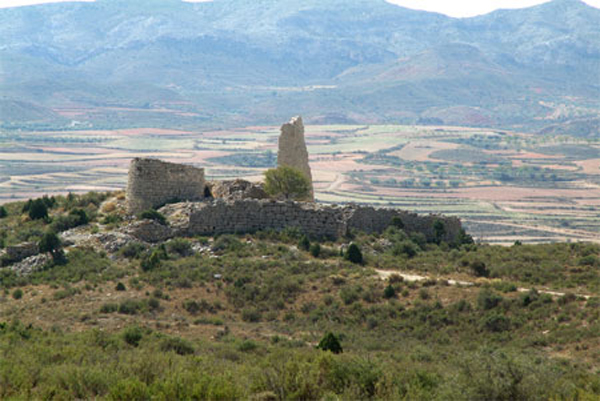 The town of Oliete is another of the places to discover during an excursion to the Comarca de Andorra-Sierra de Arcos. es una town with many points of interest. Beginning with its urban center with places such as the Renaissance house of La Donjuana, located a stone’s throw from the Baroque church of La Asunción. However, its attractions multiply discovering the surroundings.

There, places such as prehistoric art await us in the area of ​​the Frontón de la Tía Chula. You can also reach the Cueva Foradada Reservoir, more than recommended on hot summer days. Just as you should not miss the impressive Iberian site of Cabezo de San Pedro de los Griegos. And of course, at sunset you have to go to the abyss of san pedro and attend the natural spectacle of how the birds enter in strict order to spend the night in this deep cavity.

We finish in Ejulve our tour of the sites of the Region of Andorra-Sierra de Arcos. the most mountainous town in the area and, in fact, it must be considered as a great access to the mountain foothills of the Maestrazgo. The town has the attractiveness of mountain towns that have managed to preserve their heritage in buildings such as the church of Santa María, the 16th-century Casa Consistorial roundabout, the old Posada de la Plaza, the Antiguo Hospital or Casa Felicitas.

In addition, we recommend you go to the so-called Masías de Ejulve. A heritage complex that offers us hiking and cycling routes to discover old farmhouses. They are places that tell us about traditional life in this territory of Teruel. Hard due to weather conditions, but grateful for its typical products. In this case the sausages. We encourage you to buy from one of them. What better memory of this trip to the Region of Andorra-Sierra de Arcos?

David Martín, an important piece in the rise of Andorra, lands in Algeciras

Ratti, Vilanova, Riverola and Bover, the ‘survivors’ of Andorra

Mapi dedicates this ‘zasca’ to the youtubers who are in Andorra

‹ The confidences of Lucas Vázquez, FC Barcelona boasts signings, everything remains the same at Valencia › Would you like to rent an office in Germany? Then think of Berlin | free press