Before the intense heat that is almost “embracing” mainland Portugal (from Wednesday, July 6th), as we saw first hand several days ago, the presence of a small isolated area at altitudethat, being located on mainland Portugal and Galicia (west of the peninsular) will contribute to the thunderstorm development. In addition to having already occurred some periods of the morning of today, the scenario was repeated during the afternoon in dispersed points of the regions of the interior of the North and Center of the country.

For Tuesday, a “break” of depression at altitude and, as the hours go by, it will travel through the Iberian Peninsula. It will be one of the most unstable journeys this week. Risk of water accompanied by thunderstorms, sometimes strong, accompanied by thunderstorms, which will be more intense especially in and around mountainous areas. Even so, its occurrence in cities close to the coastline cannot be ruled out.

According to our trust model, electrical activity may cover the entire North Region, as well as a large part of the Center, extending at least as far as Lisbon. It will most likely be between 1pm and 9pm. Temperatures are also expected to rise, and the heat will be a favorable “ingredient” for the development of convective nuclei and thunder cell cells. Maximum of 26 ºC is expected in Porto, 32 ºC in Bragança, 31 ºC in Coimbra, 28 ºC in Lisbon, 32 ºC in Évora and 24 ºC in Faro. The flow will be strong and will blow predominantly from the Northwest.

They will be categorically imposed from Wednesday, with thermometers hitting 40 ºC

Summer will categorically import nationwide from Wednesday, July 6th, when a rise in temperature can be guaranteed. This weather scenario of intense heat is expected, at least, during the second half of the week in mainland Portugal. This is due to a east current that, framed not anticyclone located in the northeast of the Azoreswill gain strength, expanding in a crest to Central Europe and dragging a hot and dry air mass about our country.

An increase in thermal values ​​is expected, especially in the maximum, with thermometers at all 30ºC in most of the country, except in some places on the western coast. One anticipates hot weather full song (although this one only officially begins to July 15th) given that it is expected between 35°C and 40°C in the inland territories and in the Tagus and Sado valleys. Occasionally, it can be registered higher upper values ​​(41 ºC or 42 ºC).

Also noteworthy is the likely rise in minimum temperatures in some regions and which, in some localities, will give rise to tropical nights (When minimas does not drop below 20°C overnight). The summer heat will intensify every day, at least, between Thursday 7th and Sunday, July 10th, with conditions of clear or partly cloudy skies, hot and dry environment and easterly wind.

Weather maps suggest that, to medium (next 10 days), as temperatures will remain quite high. Thanks to the easterly current, the wind will blow predominantly weak from this quadrant, manifesting the intensity of the measurement. In the highlands it can sometimes be strong. In the western coastal strip, it will not be possible to momentarily blow from the west in the afternoon (afternoon).

This state of weather – very hot and dry – in conjunction with the air reference valueswill constitute an increased risk for the danger of deflagration of rural or forest fires.

Synoptic patterns and their relationship to forest fires 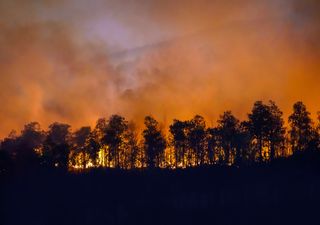 Finally, we recommend you to be careful with summer, the hottest season of the year and called the summer season. Therefore, we suggest the following precautions to be taken with the heat: hydration, putting on constant sunscreen, looking for shady places and wearing light, fresh, leafy clothes. Also avoid exercising during the hottest hours (approximately between 11 am and 4 pm).

Marcelo highlights the “great academic” who was Amílcar Cabral