He has to deal with the loss of another key support before the new season in football Líšňa. After the departure of midfielder Jaroslav Málk, stopper Ondřej Ševčík also transferred on Monday, signing a three-year contract in first league Hradec Králové. The 27-year-old defender spent three seasons in the Brno club, the last two years he was the captain of the team. 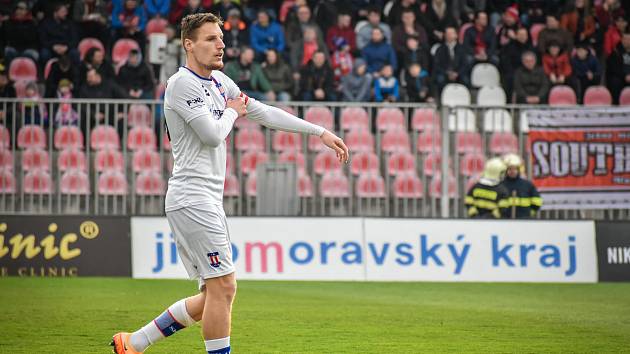 Last year, Ševčík was the second busiest player in Lišna after Milan Lutonský. He missed only one game in the second league and scored four goals. “In my eyes, this is a quality, proven second-league player who has had several challenging seasons behind him. He developed into a great support of the Brno team, in his position he is one of the best available in the second league,” wrote Hradec Sports Director Jiří Sabou on the club’s website.

The former youth representative is characterized by high-quality organization by reading games, thanks to his height he reigns supreme in defensive and offensive battles. He is to replace the outgoing Jan Krále in Hradec Králové. “By hiring him, we want to strengthen the back ranks and I believe that he will fully develop the potential that we have in him,” added Sabou.

Zbrojovka strengthens the position of goalkeeper, the foster Hrubý comes from Jablonec

An anti-noise wall is being built in Židlochovice. It is supposed to reduce the noise from the train sets

Komety hockey players beat Zlín Rams at home. But only after separate raids

Ticket sales have peaked. Difficulties in aviation can lead to depression