Why do Ukrainians need a Russian mat?

Have you noticed how Ukrainians change their speech? How did swear words, which society previously placed a taboo, begin to be used?

Matno entered our lives, moved to the street in the public sphere, and now even intellectual conversations in people can turn such a word that until recently they could only utter mentally.

It is clear that if negative emotions go off scale, it is very difficult to choose words. When rockets fly over their heads, people die, towns and villages are formed, the emotions of Ukrainians most often fit in one word: “pi–sy!”, which we address to the “fraternal people”.

It was also born and became a famous phrase about the Russian ship, which was the envoy to … Well, you remember. Its author is a Ukrainian border guard on Snake Island. Thus, he responded to the source’s suggestion to surrender.

Could our border guard pick up other words? In that situation, it’s unlikely. Because you can’t say better.
What happened next?

The phrase about the Russian ship began to be replicated by all and sundry. We spend time on billboards and checkpoints. Stickers on cars and t-shirts. Ukrposhta even received a postage stamp, which was a wild chance.

Meanwhile, not all Ukrainians show up so that swear words enter the everyday vocabulary and become the norm. It is especially frustrating when swearing is freely used in the public sphere. After all, for example, not only adults read the phrase about the Russian language on a billboard. Its contents should be explained exactly where the Russian ship was sent …

Children who have grown up with adults also feel heightened hearing in some Ukrainian “political scientists” on YouTube channels, where cases change with “expert feelings”. Fascinated by the prophecy of another “political expert”, fathers and mothers do not always notice that in the next room all this is heard and listened to by their children.
However, sometimes “ears wither” not only in children. One feels like asking another such “expert” (for example, Mikhail Chaplyga): “Can you do it without swearing?”

In a word, with the newfangled enthusiasm of Ukrainians for swearing, not everything is so simple.

And what is the opinion of philologists on this matter?

The journalist of Karachun gladly took the opportunity to listen to the opinion of a specialist – Doctor of Philology, Professor of the Poltava National Pedagogical University Mykola Stepanenkoand also raised a number of questions about the causes of our linguistic “littering”, the penetration of obscenities into all frameworks of life. 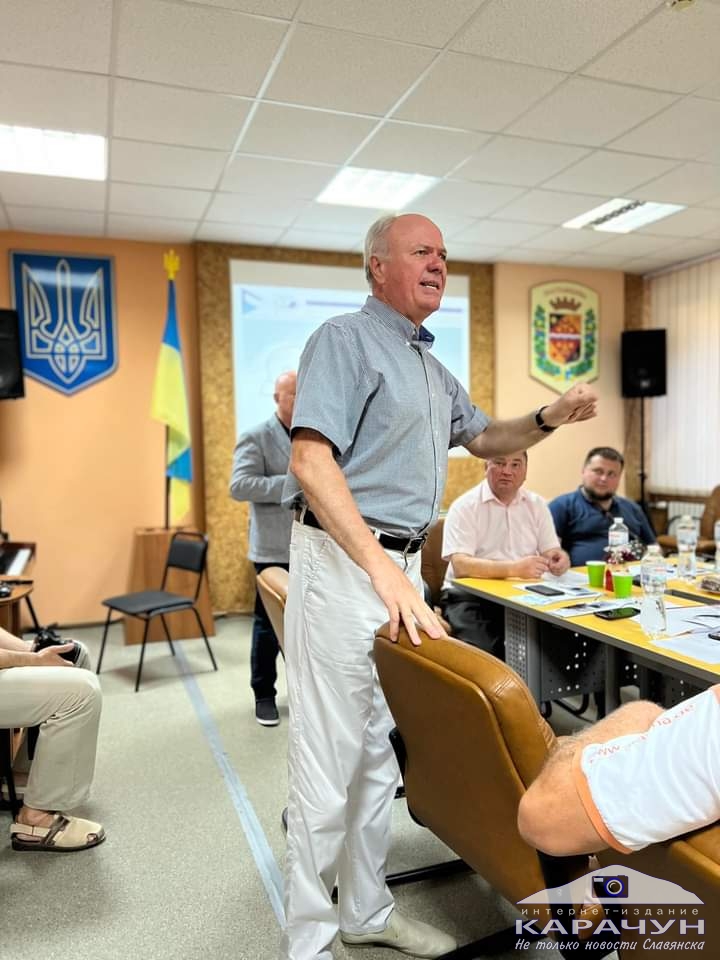 Nikolai Stepanenko: “There is nothing superfluous in the language”

– In any language there is a separate segment – this is abusive, brutal, taboo vocabulary. Everyone in their ethnic communities has language taboo markers. Such a taboo for Ukrainians has always been the use of swear words and expressions in the public sphere.

But on February 24, the Russian Federation attacked Ukraine. The war has begun. It has created a colossal emotional tension for people, which can be combined in different forms. Including – using obscene expressions. This is an unusual occurrence of a person to the challenges associated with the war.

Like any aggression, the Russian-Ukrainian war has given rise to new language markers. The phrase “Russian warship, go to …” was born.

How is its assessment from the point of view of language – is it a norm or an element of a linguistic taboo?

My answer is unequivocal: it is a linguistic marker of delayed military-political situations. This is a means of verbalizing the emotional state of the population of the people, which holds its land from the aggressor. Linguists believe that the above phrase is a situationally marked anorativity.

Naturally, this attracts the attention of many Ukrainians. People moved away from the taboo and “let” the phrase into public use.

However, there is nothing wrong with the word “x # y”. The etymology of this word comes from the Turkic languages ​​and means “coniferous shoot”. Just like the name of the female genital organ: a gap from which water flows. By the way, Bulgaria has a mountain, which is called Pyzdyshnaya. Bulgarians have this normative word. And we have a taboo.

– From the origin of maternal words? For example, the most common expression is “…your mother”?

– Once there was a polygamous marriage. That is, any man had sexual relations with any woman. She gave birth to a child and did not know who his potential. The man walked down the street and, seeing the child, said: “I … your mother.” I mean, I suspect it’s your father. It was even a kind of… greeting.

When marriage became monogamous, and the former sexual relations were forbidden, language reacted accordingly: it transferred the definition in the sphere of linguistic taboo.

– Today we have, as in that anecdote: “We do not swear. We are talking about it…” There was even some flaunting of swearing. The emotional nature of the expression “Russian warship, go to …” is understandable. But how to replicate it in the public sphere! If necessary?

– I agree: we strongly visualized and updated this expression. This may not have been necessary. In particular, when it met with a grammatical error: “on x # d … – separately. Correctly write (send) together.

The description of an expression is an unaesthetic language norm. But she is not out of the blue.

By the way, public attention to this expression is already being shown. I am sure: his illustrative, broadcast moments suddenly disappear. But as signs of war, as a marker of the emotional state of the people, this is a state of health.

– Is it right that politics sometimes “interfere” in spelling?

– The nature of other current linguistic “deviations” is the same. For example, today we write the word “Russia” with a small letter to humiliate the aggressor state. If necessary, this is an absolutely fair Ukrainian dimension. Yes, this is an anomaly. But such is the public challenge. This is our protest against the aggressor.

At first glance, there was an opinion that the Ukrainian diplomat declared to the whole world “Putin is #sweet”, also goes beyond the limits of linguistic decency. This phrase was loudly chanted. And thanks to Andrey Deshchitsa for calling #uil #uil.

– There is an opinion that the mat came to us from the Russians. Is it so?

– Hard to say. To them, too, the mat came from other peoples. But the obscene manner of communication itself, indeed, was planted by the Russians.

In pagan times, there was no mat, as such. And when Christianity arose, it put obstacles in the way of the spread of swearing.

If someone is more deeply interested in this topic, you can read a little book called “Is Russian swearing obscene?”. She is on the Internet.

– Alexei Arestovich in an interview with Mark Feigin uses swear words. How to do it?

– This is flaunting swearing, it looks absolutely not aesthetically pleasing. This “military storyteller” has long annoyed many Ukrainians. And not only because of the use of the mat.

For example, in France it turned out to be simply impossible! There is a government body that monitors the cultural language. For the use of the residual word, the French face serious fines. The only exceptions are words that do not have similar French languages. For example, the word “dumpling” you will not translate into any language …

Ekaterina Orlova. Ethnic Homeopathy and the World Gulag: Exodus of the “Russian World”