Robbery in Thessaloniki: Video document – The moment when the businessman…

Inaccuracy was referred to in order to apologize for the two arrested for the robbery which took place yesterday in a business in Efkarpia Thessaloniki.

The prosecutor brought charges against them criminal prosecution for robbery for complicity and, as the case may be, for illegal detention, threat, dangerous and simple bodily harm. The two men were given a deadline to apologize next week and are being held until then.

It is recalled that they were arrested as perpetrators of the robbery two citizens, aged 41 and 45, against whom a case was filed for robbery with complicity. According to the police investigation, one of the two perpetratorsthe 41-year-old man entered a store and removed an amount of money from a cash register located on a desk.

His action was noticed by the 33-year-old ownerwho, with the help of a customer, immobilized him, while at the same time trying to recover the money that was taken. 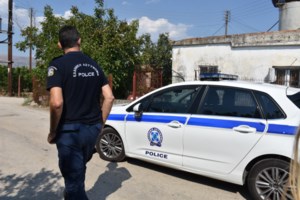 The man tried to escape and got into a car, who appeared outside the store, while the owner of the business tried to restrain him. Subsequently, the other perpetrator, the forty-five-year-old driver, set the car in motion, while – according to EL.AS – the other man slightly injured the 33-year-old with physical violence, who was forced to leave the car.

The businessman’s hand-to-hand fight with the 41-year-old assailant was recorded by a security camera and presented by Open. The video shows frame-by-frame the 33-year-old’s attempt to immobilize the robber, before they both got into the accomplice’s car.

In the context of an organized operation that on the same day, by police officers of the Thessaloniki Security Directorate, namely, the Crimes Department, the Crime Prevention and Suppression Department and the Delta Security Department in the area of ​​Diavata, both involved in the case were located and arrested. .

Funding for the Nea Krini fishing sanctuary was approved

Merchants’ protests about the insects in the trees of Tsimiski Street

‹ the market in view of Europe › Production halt: Turkey to egg transplant