PICTURE: Líšeň beat junior Slovana Bratislava, the impression is spoiled by an injury to the reinforcement

The first time it didn’t work out yet, the second time it did. After the loss against Skalica, Líšeňští also played the second match in preparation against a Slovak opponent, on Wednesday they beat junior Slovana Bratislava 2:0 on the Pohořelica lawn. 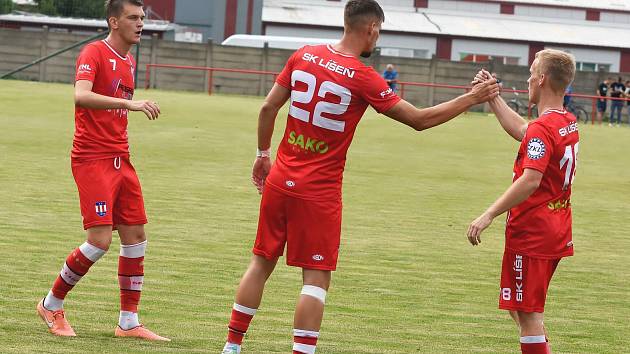 Líšeň played the second preparatory match in Pohořelice against junior team Slovan Bratislava, winning 2:0 after goals from Čermák and Zikl.

Líšeň entered the match in a significantly combined line-up, and coach Milan Valachovič made eight changes during the half-time break. In total, he tested two goalkeepers and seventeen outfield players. Even so, Marvani were an active team, whose superiority was taken advantage of by Adrián Čermák after a corner kick in the twenty-fourth minute. The defensive midfielder scored the first goal after returning to Lišno.

In the second half, the superiority of the Brno team was even more evident and in the forty-ninth minute striker Martin Zikl increased the score to 2:0. The Líšeň team created more interesting chances in the match result, but they did not convert any and the two-goal result lasted until the end of the match. The only blemish on the successful performance against the second-division Slovak match is the injury of summer signing Pavel Vandas, who broke his toe in training and will be forced to take a break.

An anti-noise wall is being built in Židlochovice. It is supposed to reduce the noise from the train sets