Zbrojovka footballers received a resounding reinforcement to the reserve line. Šimon Falta is coming from champion Pilsen on a one-year loan. The 29-year-old footballer also has two national team starts in his resume from November 2017, when he started against Iceland and Qatar. 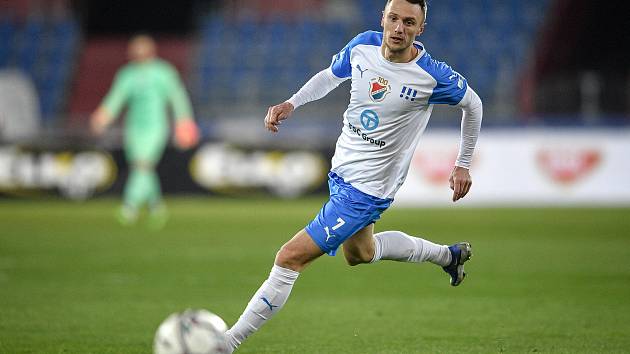 Šimon Falta in the Ostrava jersey.

It is not yet certain whether Falta will start in Saturday’s preliminary match against Slovan Bratislava, which Zbrojovka will face at Srbská from five o’clock in the afternoon. On Friday, it still happened in Viktoria’s jersey during the 3:0 win against Táborsk. “We are extremely happy that in Šimon we are getting an experienced and experienced player who can be used in several positions in the reserve, primarily in the region,” said Brno coach Richard Dostálek on the club’s website.

The Olomouc pupil will meet a lot of familiar faces in Zbrojovce. “I am very much looking forward to the new request and to cooperation with both new players and those I know from past engagements. Mainly they are guys from Sigma, Texlík, Hláďa, Hlave. I also played with Řízek, I know other boys as well. I’m not going into an unknown environment,” he named Jiří Texel, Jan Hladík, Jan Hlavica or Jakub Řezniček.

Kometa is preparing an anniversary match of two hockey generations

He transferred from Sigma to Pilsen in the winter of 2021. He spent the spring on loan in Ostrava, so far he has amassed 186 first league matches, in which he scored sixteen goals. “The coach and I already had time to talk about my role and we will definitely talk about it. My workload in Pilsen probably wouldn’t be like that, which is why I chose this route. I believe that we will do well, we will be successful and we will not play in the lower levels of the table,” Falta wished.

Olized Husák and hockey players. Remember what stuck to the views

We followed the repair of the Renault electric car battery. It will take time….