A cultural personality and a force for proposals, Laurent Rochut is at the head of La Factory, which brings together three theaters in Avignon. He is also administrator of the association which coordinates the Festival du OFF. Laurent Rochut wants to make the city of Avignon the City of Theatre. He initiated a new model that allows the reception of companies throughout the year.

Do you expect to introduce yourself and explain to us your choice to commit to culture, in particular to the theater and to Avignon?

I am a writer, director but also an entrepreneur, I managed a press group. If I got involved in the theater, it was at the age of maturity to bring together my passions and my entrepreneurial skills. Theater is a passion but there is an economic dimension, funds are needed, there are teams to manage, investments to anticipate. But it’s the first time in my life that I’ve worked without feeling like I’m working because I’m working in my passion. It’s a bit of a scam because you’re not stingy with your time and I can’t imagine not doing it until my last days. A bit like Molière, I hope, I would die at the head of La Factory. So why Avignon? In parallel with my activities as a business manager, I have been an author, director, director of a troupe. I started out in street theatre, playing plays by Goldoni, place de la Mirande. 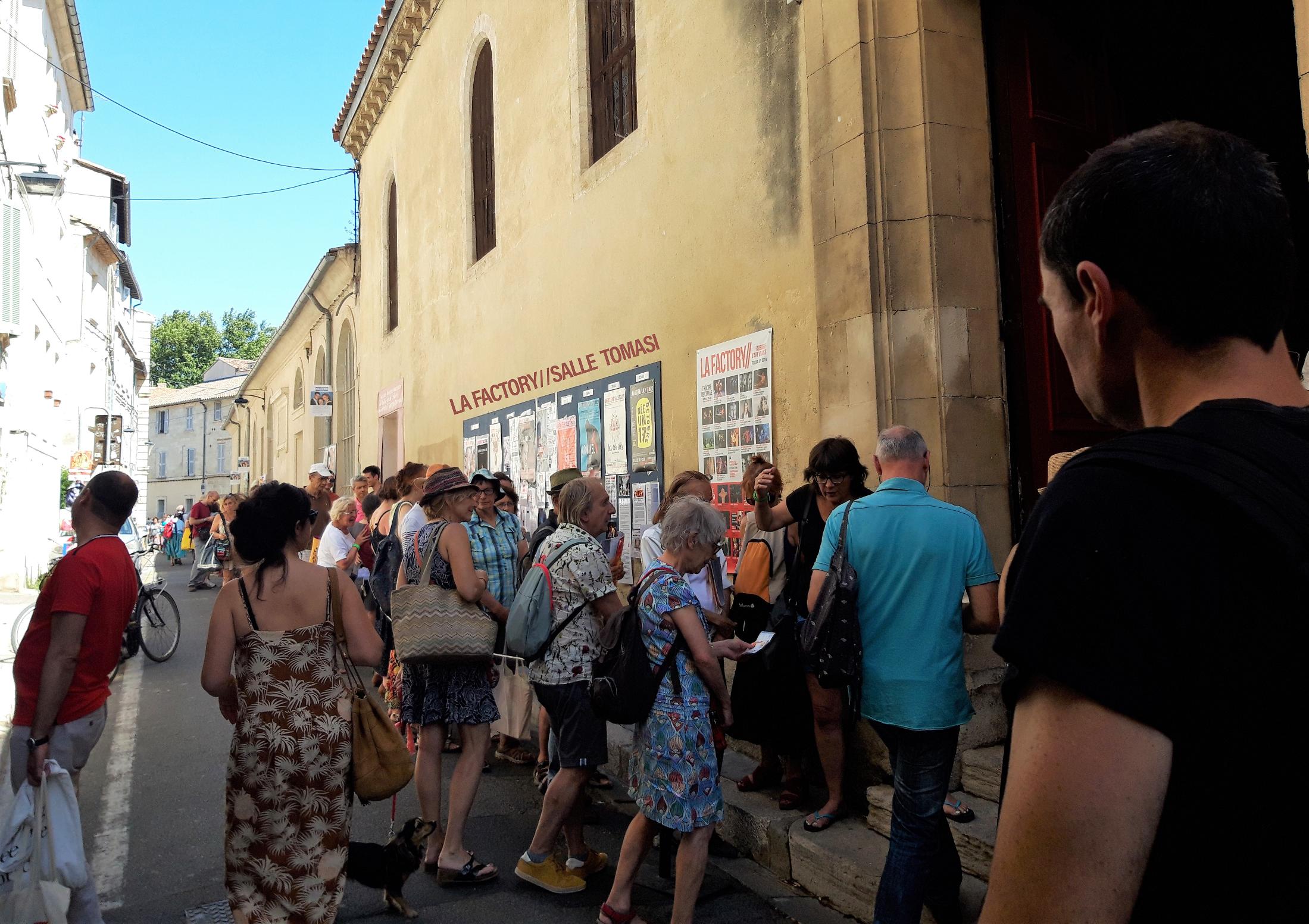 As a spectator, it’s 1998. My company is 2001. At one point, I wondered if I was going to put an end to the adventure of the press for something else that I had in mind. It was to go to Avignon, to find a place to live and to stop the press to dispense myself only with the theater. This is the choice I made with my wife. On a set thought about this decision. We came in 2012 and three years later I bought the Théâtre de L’Oulle. It’s an incredible story, I had settled close to this theater which is on a site shared with a restaurant, but I didn’t want to buy the restaurant, only the theater. And it turns out that this restaurant was my canteen, I was there often because I lived nearby. And the adventure began there. I had understood that there was a model to design in connection with the Festival d’Avignon. I had seen that there were places which only opened in the summer and which were economically viable. I wanted to make this economic viability a lever to transform live art shows in Avignon.

My idea is that a theater which works very well thanks to one month of summer is put at the service of companies, all the rest of the year. This is what I did from the start, from my first season, in September 2015. I opened the Théâtre de L’Oulle all year round to companies in residence, by communicating on theater networks, directors etc. Very quickly I saw that there was a colossal need. Throughout France, working conditions for companies when they are being created are quite difficult. So I said to myself, there is a real need and there is a city that has around forty equipped rooms that are useless all year round. Or there is a need and I did this work for two, three years. The Town Hall of Avignon understood the work I was doing. Cécile Helle, the Mayor of Avignon who was elected in 2014, contracted the Théâtre de L’Oulle for this mission. From now on, the Department and the South Region also provide the project.

From September to mid-June, I welcome companies for free. They have a technical reception, the theater is in working order, a reception management is present for the first day of assembly. The companies have a tool over one to three weeks of residence and they are distributed after having benefited from rather exceptional working conditions since they had a plateau without looking at the time. They have the keys to the theatre, I leave the electricity, the heating, I don’t ask for anything. It’s a way of giving back what the Festival gives us in the summer. Grants are not reimbursed for all costs. I demonstrated that the need was there. There are companies that come from all over France, especially from Paris where there are no places, it is difficult to work in Paris because there is a significant lack of premises for Parisian companies. I am administrator of the OFF and we succeeded with some theaters and companies to federate us with the ambition to make of Avignon a City of the Theatre. The idea is that places that slumber all year round are tools for work, creation, research, experimentation. For now, there are only three or four of us operating year-round, welcoming companies from all over France. We will try to structure the project and convince the partners of the Territories, the DRACs, the Guardianship and the Ministry of Culture to support us. In addition, there will be many companies and new structures with permanent activities will develop and settle in Avignon. I am thinking of sets, costumes, technicians or production companies. These places of scene are deposits for the town of Avignon which needs activities all the year. It would put one more brick in the cultural system in the context of decentralization.

In addition, this is the second part of La Factory, in a second room, the Tomasi Room, where I support emerging businesses in the area all year round with associate artist status. I accompany them for two to three years so that they can propose a creation at the Chapelle des Antonins. In this third room are programmed only young companies which begin and which privilege the rather committed contemporary writing.

La Factory – The Chapel of the Antonins © La Factory Avignon

Would you like to present your program for the Festival?

This programming is more and more coherent because it is rich and strong in the companies that I support throughout the year, which often wants to come in the summer. Often for the OFF, on the program pieces that were created during residencies. For example for OFF 2022, there are pieces that have been created within our walls. I think about Caligula (Prospects Company) or Fancy (Company The Eternal Summer) and La Folle de Chaillot (Comedians and Company) who have had enormous success for the Molière month at Versailles, but also at Revenge of Viviane Rose (Jackie Star Company). The programming of the Théâtre de L’Oulle is multidisciplinary and corresponds to the residences that we announce for the year, that is to say theatre, contemporary or urban dance, a little circus. We find this in the summer with a quest for excellence, scenographic challenges and people on stage. It’s usually eight shows of excellence per day during the OFF. For the Salle Tomasi, we are on companies rather supported by the public theater because of the themes involved, these are companies already identified. While at the Chapelle des Antonins, there are contemporary writings with emerging companies and strong subjects.

8 show programs every day during the Festival

9 show programs every day during the Festival

11 show programs every day during the Festival

The Avignon Festival, in and off addresses

‹ King Kong died in Athens! › 30th anniversary of the death of Luigi Ghirri