Ronciglione – What does the Palio of Siena have to do with Tuscia? Over time, the race on the tuff in the pit of Piazza del Campo has attracted many jockeys from Tuscia, among which the name of Angelo Meloni, known as Picino, stands out.

He was born in Canepina on March 18, 1880, after which the family moves to nearby Ronciglione and it is there that Angelo discovers his love for horses and racing, which sees him immediately winning and projected to compete in the most beautiful and fearsome race, the Palio di Siena, which takes place in the Tuscan city twice a year, on July 2 and August 16, for about 400 years and which attracts people from all over the world. 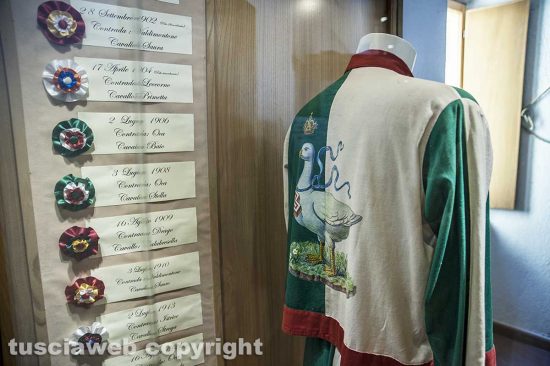 The jockey of Canepina of “careers” (which in the Paliesca terminology indicates the race for the dispute of the Palio) has won 13, with different districts.

He ran the last Palio at the age of fifty-three, but remained a loyalist of the Contrada dell’Oca, for which he completed the race four times as a winner. 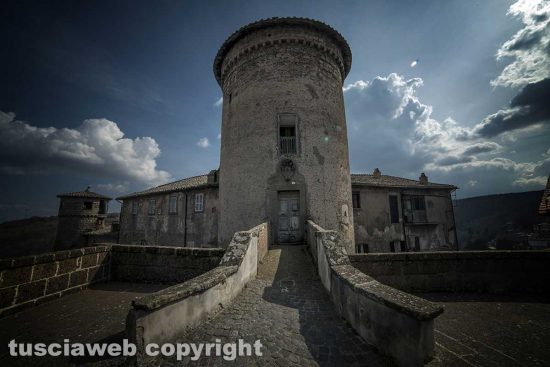 When I entered the Canepina museum I did not know this story, but I immediately recognized the colors of the Goose in the showcase dedicated to this extraordinary character.

As fate would have it, my first photo shoot at the Palio di Siena was done right in the Oca district thanks to some friends who had a photographic studio in Fontebranda, in the heart of the Nobile Contrada. 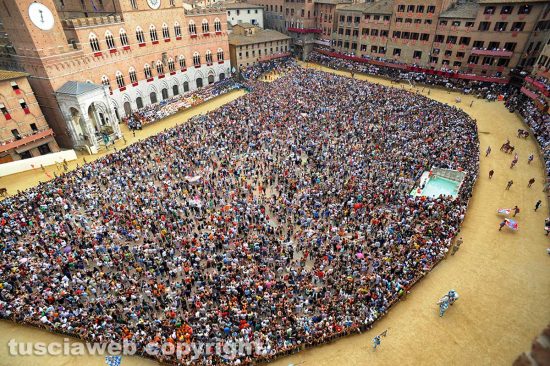 Not entirely unfamiliar with the scope of the event and the constraints to be respected, I threw myself into the fray and began to photograph. It was July 2, 2007, my heart was racing, but it was stirred by the songs and choirs of jubilation of the contradaioli who, like a tide, dragged me to Piazza del Campo, already packed to the brim. Never seen so many people all together, with hardly any place to rest their feet. Windows, balconies, bleachers overflowed with people from all over the world. 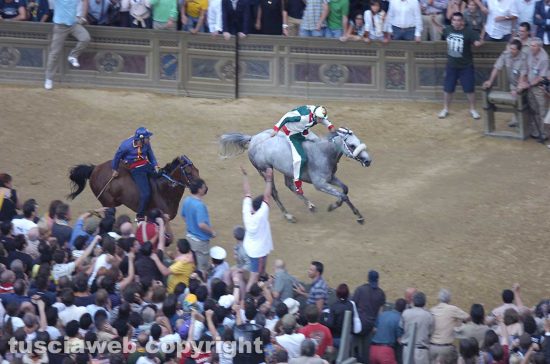 The square gradually finished filling up before the “move” (which, simplifying the rich ritual of the Palio, indicates the start of the race). My seat was high up, I had the square under my feet and a view that reached out to the surrounding countryside. 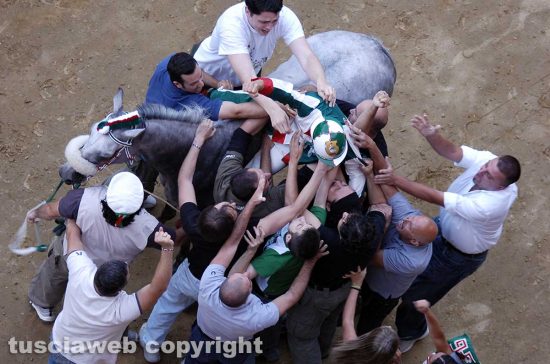 The patos is high on the rope, the horses paw, it is immediately Palio. The horses run under the force of the contradaioli, but the one who puts the most heart, anger and strength wins. On July 2, 2007, a young Giovanni Atzeni, known as Tittia, won with Fedora Saura for the Contrada dell’Oca. 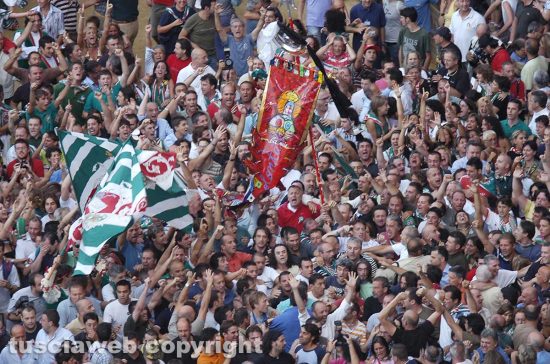 Metaphorically I too won that day, I told the story photographically and after many years I found a way to share this episode with all of you. 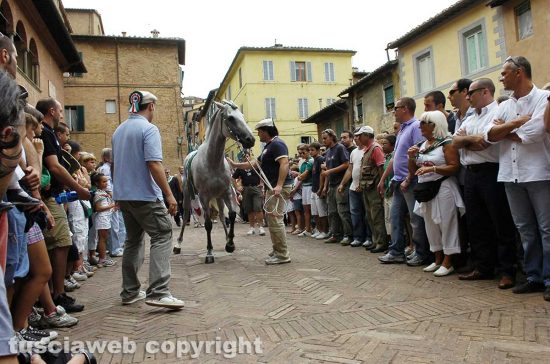 Siena – The district of the Goose

Rather, we should think even for a moment how Angelo Meloni, known as Picino, lived all 13 victories. For the jockey it is an unparalleled triumph, which marks you throughout your life, because the Palio is the life of a people, and I, in my own way, lived that day.

‹ Toulouse. At Prép’art, internships to test your artistic vocation › The great success of the junior party